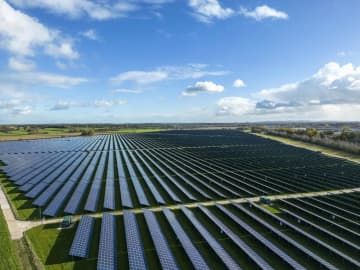 The global capacity of renewable power generation is expected to almost double over the next five years as countries step up efforts to deal with the energy crisis caused by Russia’s invasion of Ukraine, a report by the International Energy Agency has shown.

The capacity is forecast to rise by 2,400 gigawatts through 2027 globally, and renewables such as solar and wind are set to overtake coal to become the largest source of electricity generation by early 2025, according to the report published in early December.

The unprecedented growth comes as governments are turning to renewables in the f...