Baseball: Ohtani hopes to do it all for Japan in WBC 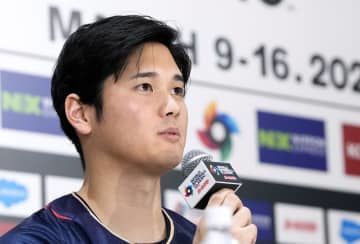 Shohei Ohtani suggested Friday he would like to both pitch and hit for Japan in March’s World Baseball Classic.

The Los Angeles Angels two-way star, Japan’s first MLB player to commit to the tournament, was among the first 12 players named to the Samurai Japan roster ahead of the March 8 to March 21 event by manager Hideki Kuriyama.

“I want to do those things I’m able to and do them with all my might,” Ohtani said when asked if he hopes to fill a two-way role the way he does with the Angels.

Kuriyama said the details of how players might be used and when they will report remain up in the air a...