Kishida to try to boost Japan-U.S. security ties in talks with Biden 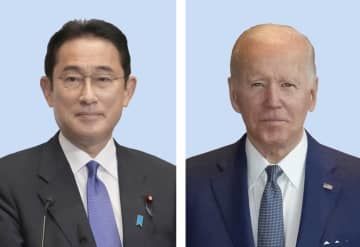 Prime Minister Fumio Kishida is expected to try to bolster Japan’s security alliance with the United States during his summit with President Joe Biden on Friday, just weeks after Tokyo made a major shift in its defense policy.

Kishida’s visit to Washington, his first since taking office in October 2021, will cap a weeklong tour of five of the Group of Seven industrialized countries he set out on to pave the way for a successful G-7 summit in Hiroshima in May.

In December, Japan decided to boost significantly its defense spending and acquire enemy base strike capabilities to deter attacks on it...