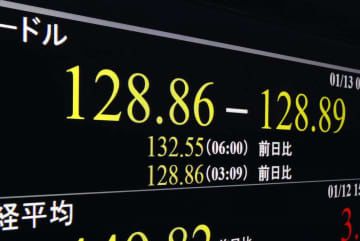 The U.S. dollar hit a fresh seven-month low of around 128.60 yen Friday in Tokyo as data showing slowing inflation in the United States and a rise in the long-term Japanese government bond yield spurred dollar selling and yen buying.

On the bond market, the yield on 10-year Japanese government bonds rose to 0.545 percent, its highest since June 2015, climbing above the higher end of the trading band the BOJ decided to allow in its December policy meeting for the first time.