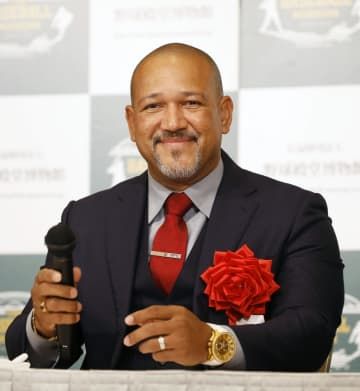 Japan’s Baseball Hall of Fame inducted its first imported players in 29 years Friday, with its two newest members, Alex Ramirez and Randy Bass, suggesting others are as deserving.

Bass is one of three players in Japanese pro baseball history to win two batting Triple Crowns, while Ramirez was a two-time MVP, the only imported star to record 2,000 hits in Japan and a successful manager.

Ramirez stood up for imported players in Japan and the United States when he talked about being the second Venezuelan in a hall of fame after infielder Luis Aparicio, a member of America’s National Baseball Hall...