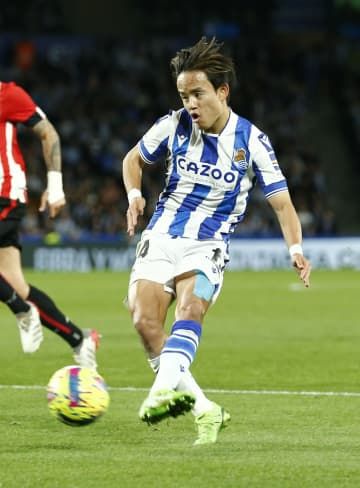 Kubo received a diagonal through pass from David Silva, before dribbling past a defender and slotting home to make it 2-0 in the 37th minute. However, he got carried away with his celebration and was booked for removing his shirt.

He left the pitch with 14 minutes remaining.

“I need to address not being able to play that hard after I received a yellow card,” Kubo said in a statement released by the club.

Among other Japanese players in Europe, D...