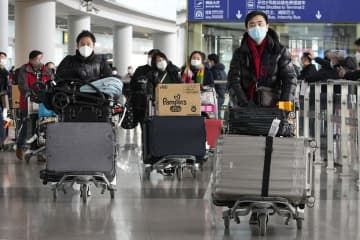 China has approved issuing some types of visas to Japanese and South Korean citizens as exceptions of its policy of suspending visa facilities after the neighbors tightened border controls on visitors from China, a Chinese government source said Monday.

However, the Chinese government has not released the criteria for exception...