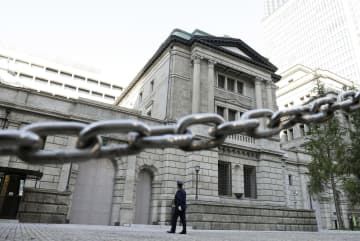 The Bank of Japan is keeping financial markets jittery over what its potential next moves will be following a two-day policy-setting meeting from Tuesday after its surprise decision to raise its long-term yield ceiling last month.

The BOJ is facing growing pressure to tweak its monetary policy again after the move last December led to a spike in 10-year Japanese government bond yields, subsequently challenging the newly set cap.

The abrupt policy decision in December was taken by market players as an effective interest rate hike -- something that Governor Haruhiko Kuroda has categorically deni...