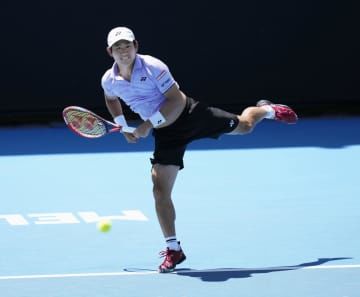 Japan’s Yoshihito Nishioka reached the fourth round of a Grand Slam tennis tournament for the first time in his career Friday with a straight-sets win over Mackenzie McDonald of the United States at the Australian Open.

The 31st-seeded, left-handed Nishioka won 7-6(6), 6-3, 6-2, converting six of 16 break points while being broken twice. McDonald made 53 unforced errors against 33 for Nishioka at Melbourne Park.

In the fourth round, Nishioka will face either 16th-seeded American Frances Tiafoe or 18th-seeded Russian Karen Khachanov.

The 27-year-old Nishioka became the third Japanese man to adv...