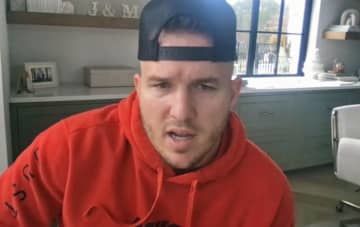 Having watched him at work from the dugout, Mike Trout is excited about the prospect of battling Los Angeles Angels teammate Shohei Ohtani at the World Baseball Classic, the three-time American League MVP said Friday.

Trout was one of the first MLB stars to sign on for the United States’ title defense and will captain the team, which could be on a collision course with two-way phenomenon Ohtani and a Japan roster aiming for a record third championship at the March 8-21 WBC.

A showdown between Ohtani on the mound and Trout in the batter’s box would be the stuff of dreams for WBC organizers, as ...