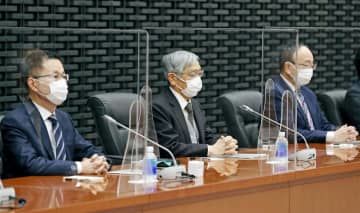 Prime Minister Fumio Kishida said Sunday that Bank of Japan Governor Haruhiko Kuroda will leave his post after his tenure ends in April, increasing the prospect that the government will submit to parliament its choice for his successor next month.

The chief of the central bank “will be replaced,” Kishida said on a television program, the clearest remark yet by the premier on the matter. “After deciding personnel affairs, (the government) will present to the Diet.”

Kuroda, who has headed the BOJ since 2013, will end his current term on April 8. He will leave the next governor with several chall...