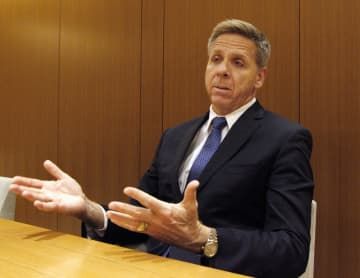 Former chief of the U.S. Indo-Pacific Command Philip Davidson said Monday he is standing by his earlier assessments that China may try to attack Taiwan by 2027, with Beijing showing no signs of backing down from its threat of using force against the self-ruled island to achieve reunification. In an interview in Tokyo, the 62-year-old retired admiral also welcomed Japan's recent decision to acquire long-range strike capabilities and to significantly increase its defense spending despite its long-held pacifism, calling them the "most profound change in the Japanese Self-Defense Forces in more th...
Click for full story