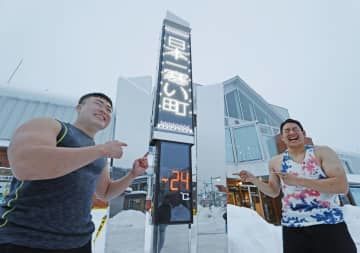 Heavy snow continued Wednesday across much of Japan as the country grapples with the most severe cold snap of the season so far, with trains and vehicles stranded as winter storms caused difficulties.

Transport was disrupted, with passengers stranded on several trains on the Biwako Line and Kyoto Line Tuesday for several hours due to snow and strong winds, operator West Japan Railway said.

More than 10 vehicles were unable to move late Tuesday on a national road in Fukui Prefecture, central Japan, with traffic brought to a halt on a 14-kilometer stretch.