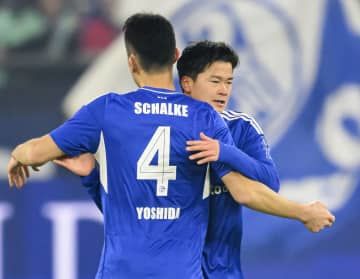 Japanese forward Soichiro Kozuki scored his first goal in his second appearance for Schalke in the German Bundesliga on Tuesday.

The 22-year-old Kozuki left then J-League second division side Kyoto Sanga in 2021 to initially play in the German fifth division before winning a contract with Schalke at the end of 2022.

He scored the home side’s only goal in a 6-1 defeat to Leipzig as Schalke remain rock bottom, having conceded a league-worst 41 goals in 17 games.

“There’s no doubt we need to concede less. We want to discuss our tactics with the manager,” said Schalke teammate and Japan captain Ma...