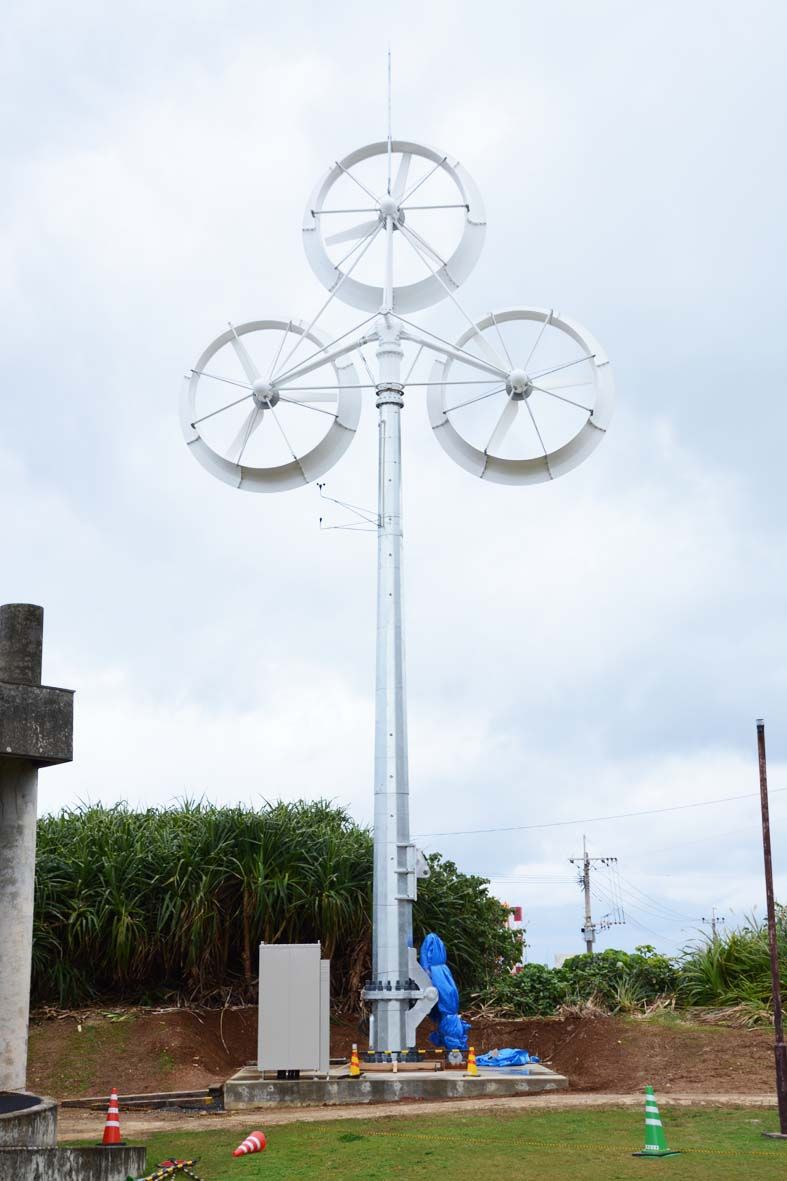 A small town called China on the island of Okinoerabujima, Kagoshima Prefecture, draws tourists with its pristine beaches and stunning ocean views. As part of the prefecture’s goal of reducing greenhouse gas emissions to net zero by 2050, the remote community is working to build its carbon-free transportation infrastructure, including investing in small-scale wind power and electric vehicles.

In fiscal 2021, China installed a 9-kilowatt wind turbine in a local park on a trial basis. It also purchased an EV, two electric scooters, and two electric-assist bicycles. The power generated from the turbine is being used to charge the vehicles, which will be available for tourists to use at no cost through March 2022.

The town will assess the results of the ¥46 million project, including the amount of power generated and the benefit to local tourism, with the hopes that it can be rolled out permanently as part of China’s goal of becoming a “zero-carbon city.”

The wind turbine was activated on January 20 of this year, with guests at the Floral Hotel being able to utilize e-bicycles and other vehicles from February 1.

The head of China’s planning department is hopeful that the initiative will bear fruit, saying that “we are confident that the cost of the turbine and energy storage system will be offset by promoting environmentally friendly tourism.”

(Originally published in Japanese on Kyōdoshi.com on February 7, 2022. Translated and edited by Nippon.com.)