Environment May 20, 2022
White-spotted pufferfish are known for excavating amazingly intricate spawning beds in the sandy seabed near Amami Ōshima. The mesmerizing creations have been compared to “crop circles” and are only found in the area.

Mysterious circles have been spotted in the seabed in the Ōshima Strait in Kagoshima Prefecture. The intricate shapes, measuring about 2 meters in diameter, are the work of white-spotted pufferfish (Torquigener albomaculosus), and signal the start of breeding season for the small species of fish.

On the mornings of May 11 and 12, Oki Katsuki, chair of the Amami Marine Life Research Group, photographed a spawning bed and a pair of pufferfish in the waters near the town of Setouchi Seisui on the southern coast of Amami Ōshima, at a depth of around 27 meters. The male was seen preparing the nest and waiting for the female before the couple came together to spawn. During spawning, the male was seen biting the crown of the head of the female. Oki also discovered the remains of another nine spawning beds in the area. 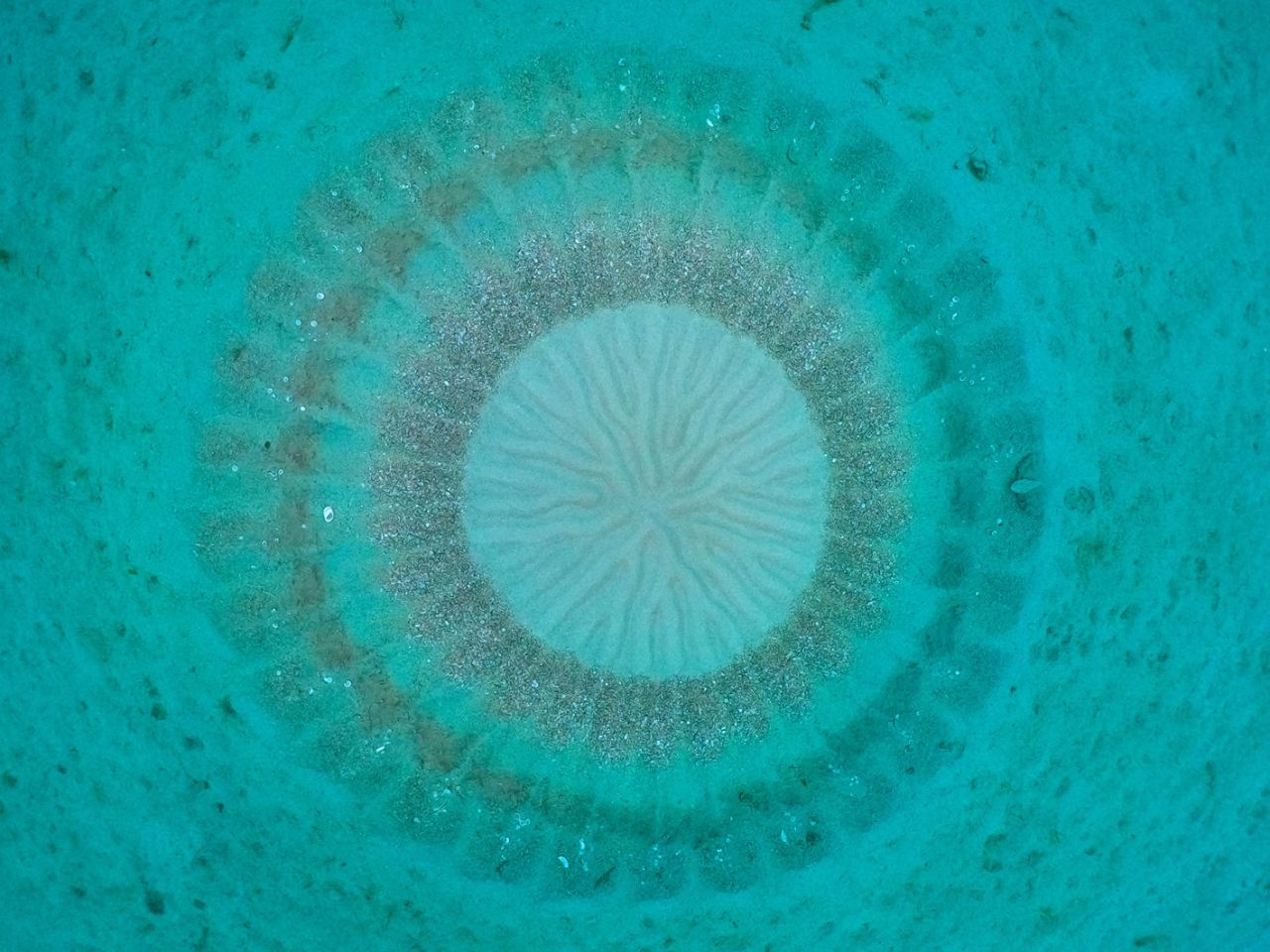 A spawning bed of the white-spotted pufferfish near Amami Ōshima. Photographed at around 8:30 am on May 11.

Oki was concerned as the nests had not been seen for some time, but was relieved when they reappeared around the Golden Week holidays. “They are a real treat for divers in the area,” he says. “We’ll be keeping an eye out for them.”

White-spotted pufferfish, named for the speckled pattern on their backs, are a newly discovered species first identified 14 years ago. The fish, which grow to around 15 centimeters in length, live in the waters around the islands of Amami Ōshima and Okinawa. However, only fish found in the sea off the coast of Setouchi on Amami Ōshima are known to create spawning beds. Spawning season reaches its peak in June and continues to early July.

(Originally published in Japanese on Kyōdoshi.com on May 15, 2022. Translated and edited by Nippon.com. Banner photo: A pair of white-spotted pufferfish rub together as they spawn off the coast of Amami Ōshima in Kagoshima Prefecture. Photographed on May 12. All photos © Oki Katsuki.)