Politics Mar 29, 2022
On March 28, 2022, the Nippon Foundation announced support measures for Ukrainians displaced by the Russian invasion of their country. As well as providing assistance with living costs, the foundation will fund nonprofit organizations.

It is now over one month since Russia invaded Ukraine on February 24, 2022, and as the humanitarian crisis worsens, on March 28, the Nippon Foundation announced it will provide ¥5 billion in support for displaced Ukrainians seeking to come to Japan. The funding will go toward transportation and subsidies for living expenses over three years.

The Japanese government has adopted policies aimed at easing entry into the country for Ukrainians, including simplifying entrance procedures and relaxing residence requirements, and local authorities will provide public housing and daily goods allowances. However, as financial assistance is limited, the Nippon Foundation plans to make initial payments of ¥500,000 to each household for furniture and other immediate domestic expenses, and annual support of ¥1 million per person for three years, with an upper limit of ¥3 million per household per year. It will also provide funding to related Japanese nonprofit organizations. 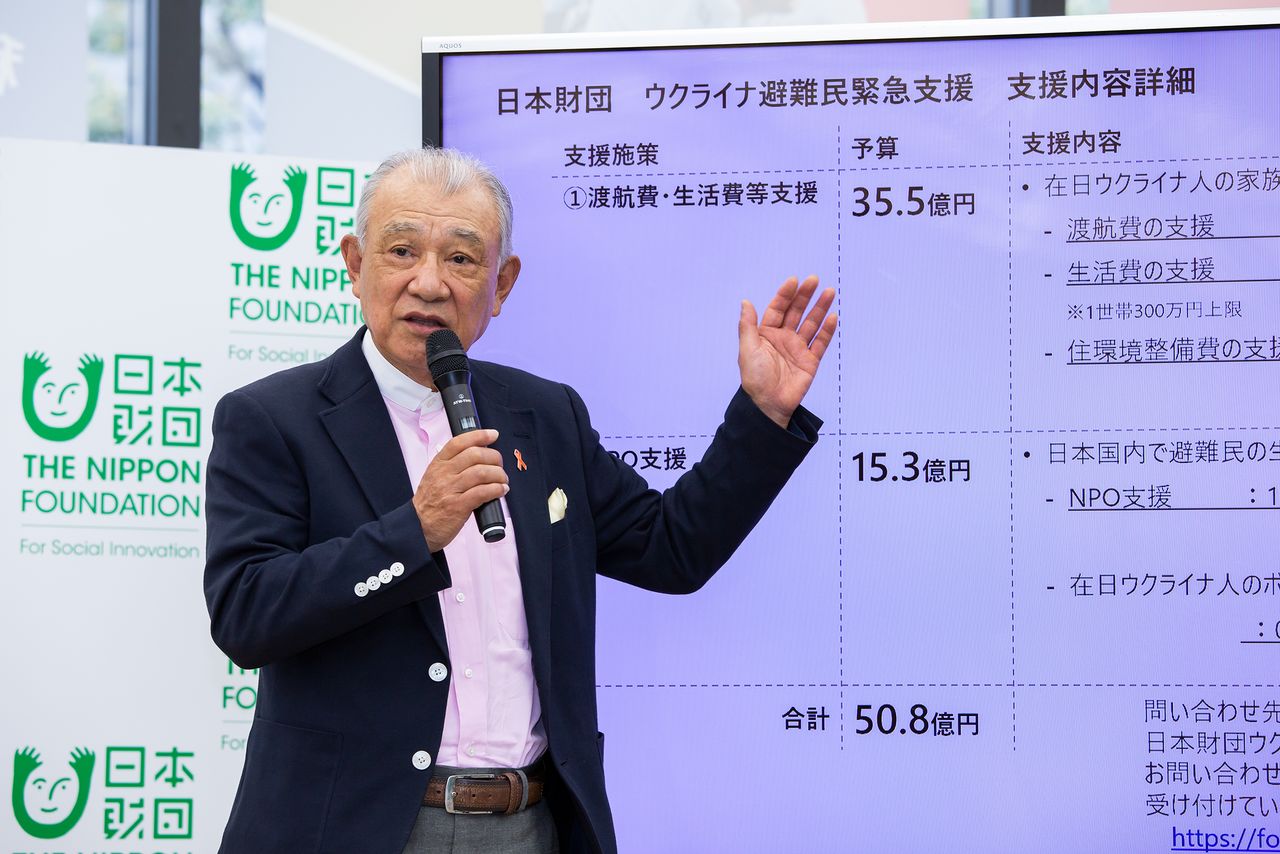 (Originally published in Japanese. Banner photo: Displaced Ukrainian students after their arrival at Fukuoka Airport on March 25, 2022, with welcoming students from the Japan University of Economics. © Jiji.)