Global Exchange Society Lifestyle Jun 16, 2022
The Nippon Foundation has established a fund aimed at raising ¥1 billion to assist Ukrainian people who have evacuated to Japan. Along with providing financial support for daily living, such as scholarships for Japanese language learning, the money will be used to give evacuees opportunities to get to know Japan and become more familiar with the area they are living in through interaction with local people and participation in community events.

On June 13, the Nippon Foundation announced that it will set up a fund to provide living support for Ukrainians who have evacuated to Japan. The organization is making a broad appeal for donations with the aim of raising ¥1 billion. It will shoulder the operational costs of managing the fund, so all money donated will be used to support the evacuees.

Some of the specific uses planned for the fund include scholarships for Japanese language studies and the distribution of supplies needed in daily life, like prepaid public transit smart cards. There are additional plans to provide opportunities for evacuees to interact with local residents at festivals, firework displays, and sports events held in every region and to organize events where the evacuees can come from their various locations around Japan to meet up and get to know each other. At the press conference to announce the fund, Nippon Foundation Executive Director Sasakawa Junpei expressed his hope that the evacuees can have enjoyable experiences as they settle into life in Japan and put down roots. He asked everyone in Japan to donate toward the fund as a way of conveying their feelings of welcome to the people coming from Ukraine.

Ukrainian Ambassador to Japan Sergiy Korsunsky asked donors to consider it “an investment in a country that considers Japan an important friend.” In a call for wide support for the fund, he added that “Ukraine has major agricultural and IT sectors. The people who are currently evacuating to Japan will become a bridge between our countries.” 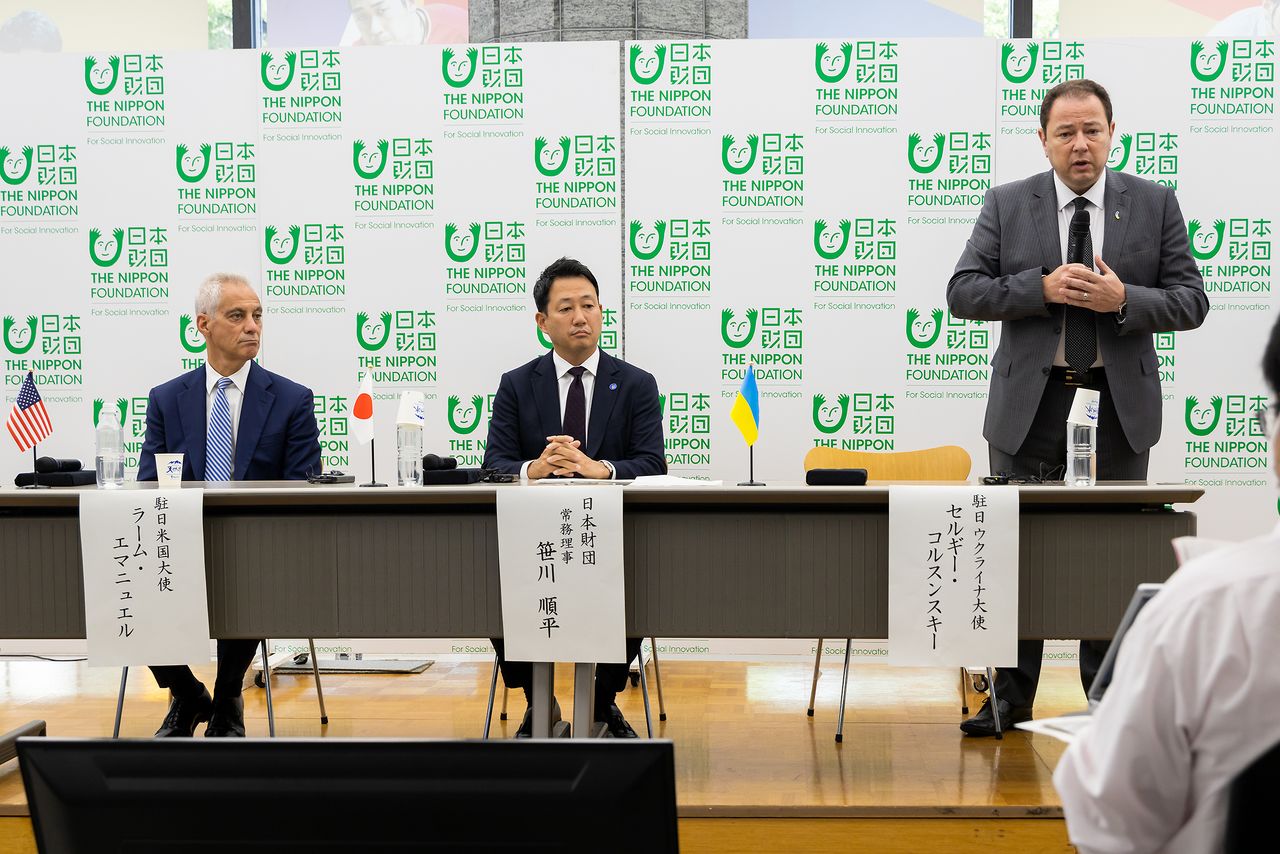 US Ambassador to Japan Rahm Emanuel (at left) and Ukrainian Ambassador Korsunsky (at right), who will cooperate in managing the fund. Nippon Foundation Executive Director Sasakawa is seated at center.

A family of three who evacuated from Kharkiv also participated in the press conference. Mark Yelenets (22) had been studying in Norway, but returned to Ukraine to join the army. He had to give up though as he didn’t meet the requirements. Now he enjoys learning about Japan’s history and culture while studying the language and, speaking of his aspirations, he said “I’d like to enter graduate from school in Japan in the future and want to think about finding a job where I can use my major.”

His sister, Rimma Yelenets-Memor (18), had been studying design at a university in Poland and is still attending lectures remotely after evacuating to Japan. Like her brother, she says that “once I’ve mastered the language, I want to transfer to a Japanese university.” 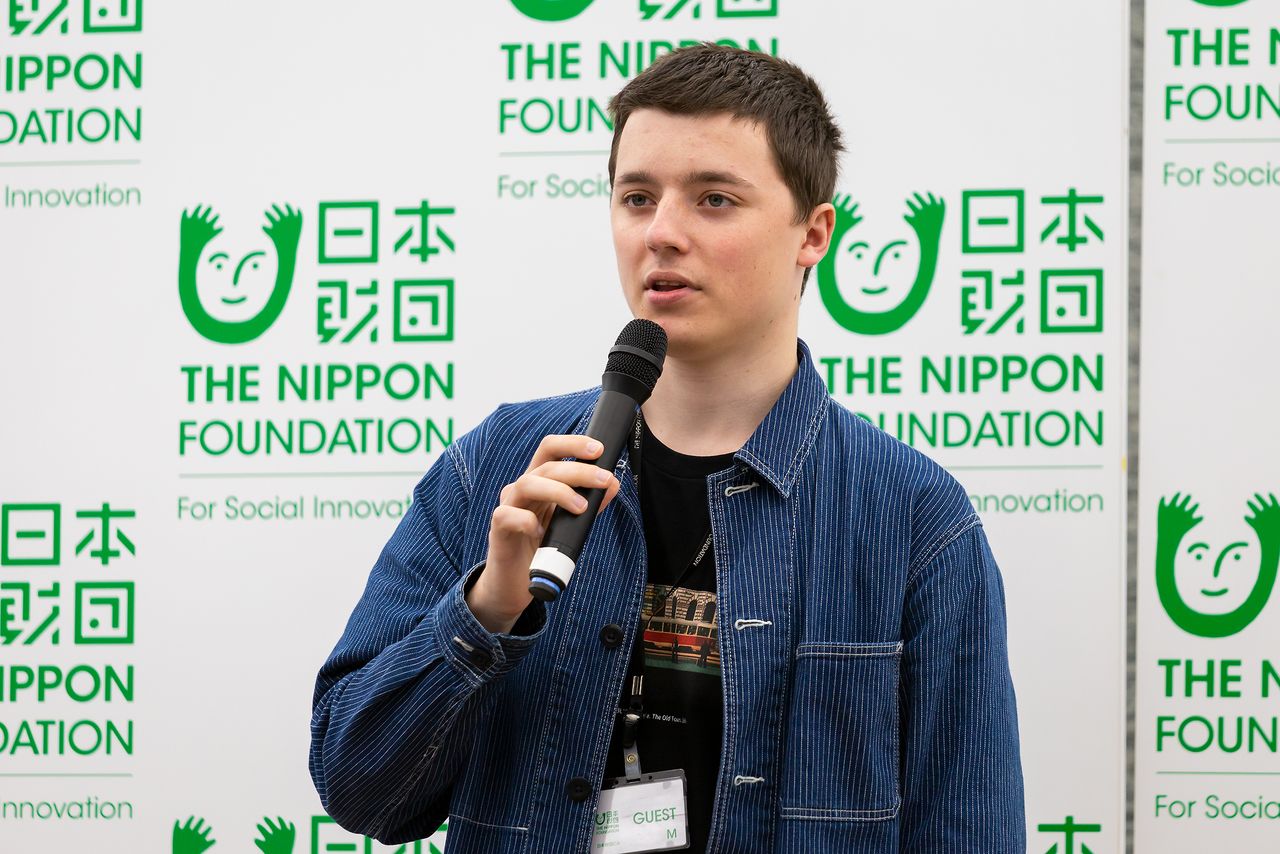 Mark Yelenets, who was studying international law in Norway. He was due to graduate in June.

(Originally published in Japanese. Banner photo: Rimma Yelenets-Memor, in the front row at right, and her mother Oksana Bila at left. All photos © Nippon.com.)