In Rugby World Cup action on Sunday night, Japan defeated Scotland 28–21 at International Stadium Yokohama. With the win, Japan achieved an undefeated 4–0 record in the group stage, advancing to the round of 8 as the first-place finisher in Pool A.

The Brave Blossoms will play their quarterfinal match against South Africa, the second-place finisher in Pool B. Scotland will head home after finishing third in the pool, behind Japan and Ireland. 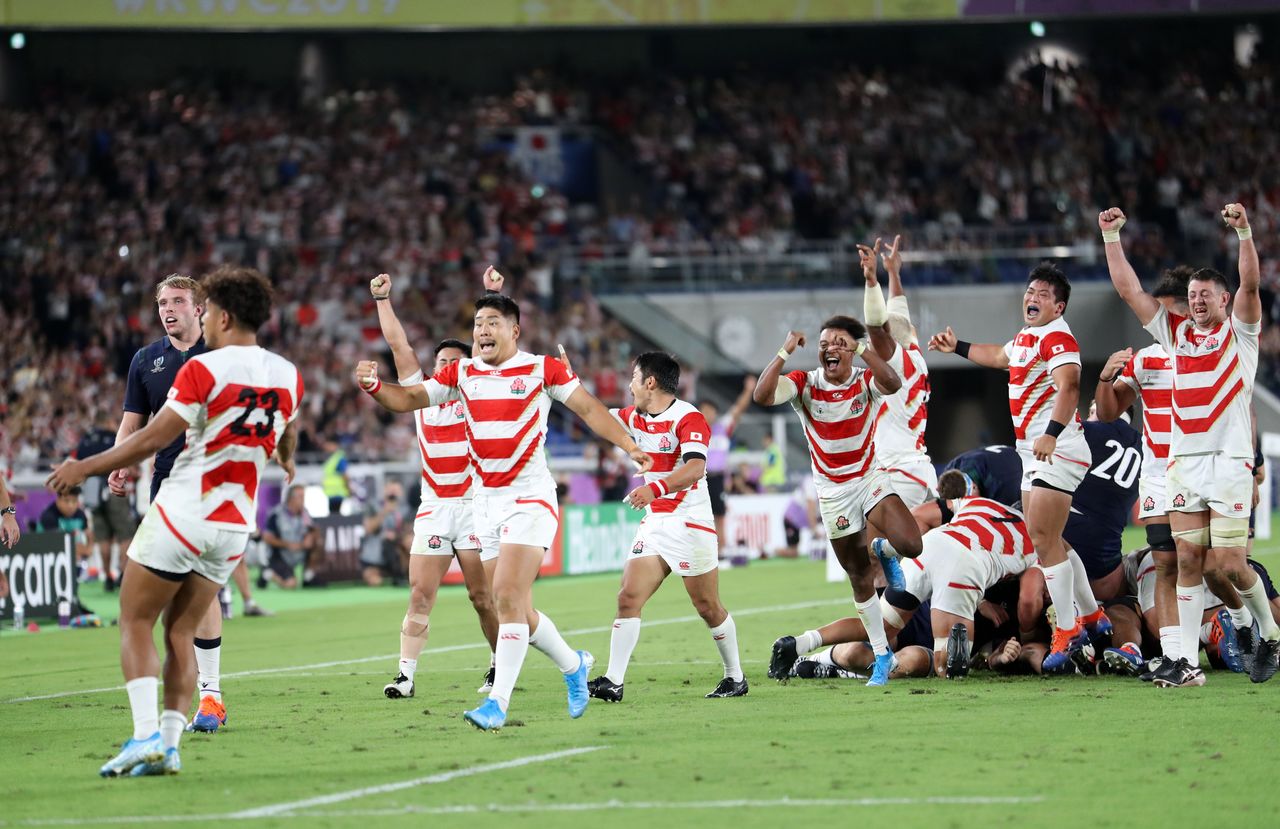 Japanese players celebrate after defeating Scotland to reach the round of 8 at the 2019 Rugby World Cup. Taken on October 13 at International Stadium Yokohama. (© Jiji) 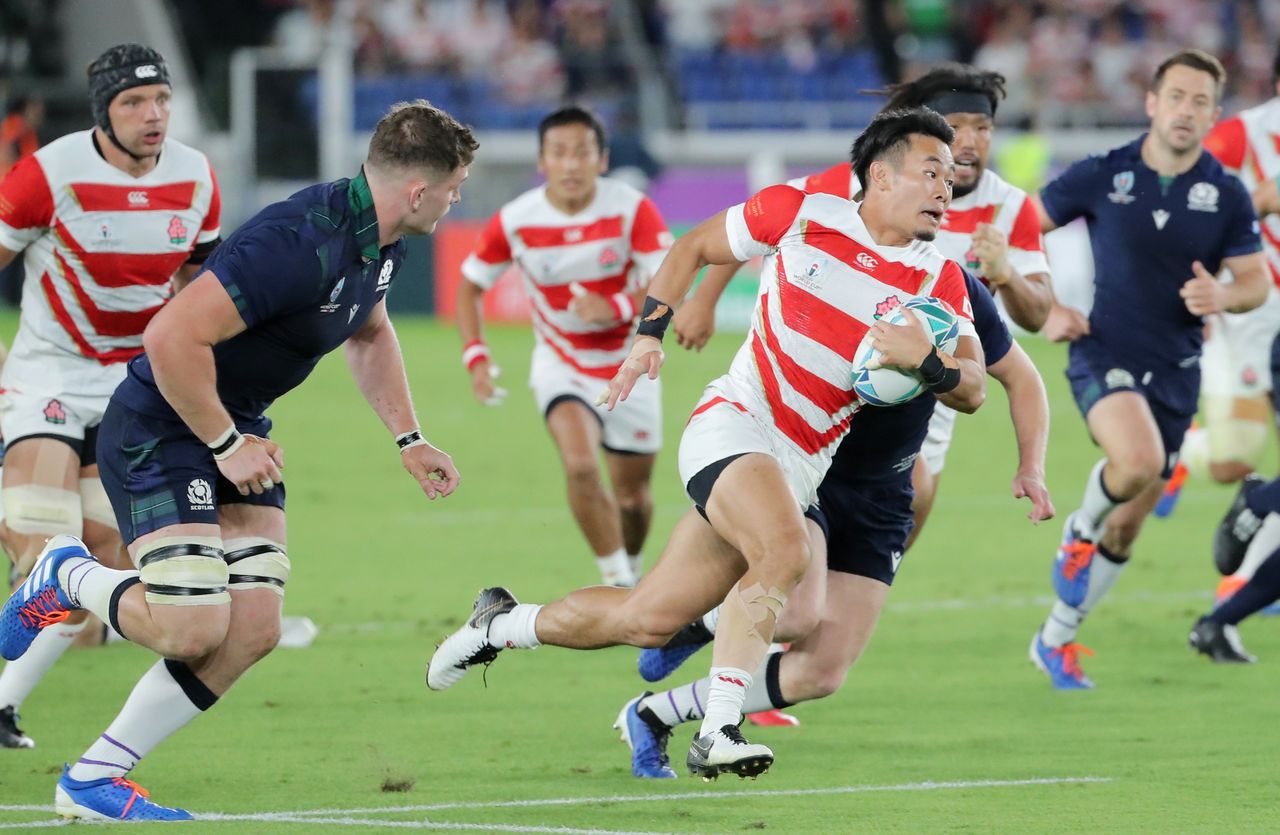 Wing Fukuoka Kenki runs for his second try of the match, and Japan’s fourth, in his team’s October 13 victory over Scotland in the Rugby World Cup. Taken on October 13 at International Stadium Yokohama. (© Jiji)

(Translated by Nippon.com from a Jiji Press report)