Society Nov 2, 2020
Prime Minister Suga Yoshihide’s first overseas trip as leader of the country was one of the top news stories in Japan in October 2020.

Communist Party Chair Shii Kazuo tells journalists that Prime Minister Suga Yoshihide rejected six candidates among 105 nominees for the Science Council of Japan. This is the first time any of the body’s nominees have been rejected since the system was established in 2004.

The Bank of Japan publishes its September Tankan (Short-Term Economic Survey of Enterprises). The business sentiment index for large manufacturers rises 7 points from June to –27, its first increase since December 2017.

The Tokyo Stock Exchange suspends trading in all listed stocks after a system glitch. This is the first full-day halt since trading became fully computerized in May 1999. Trading restarts on October 2. 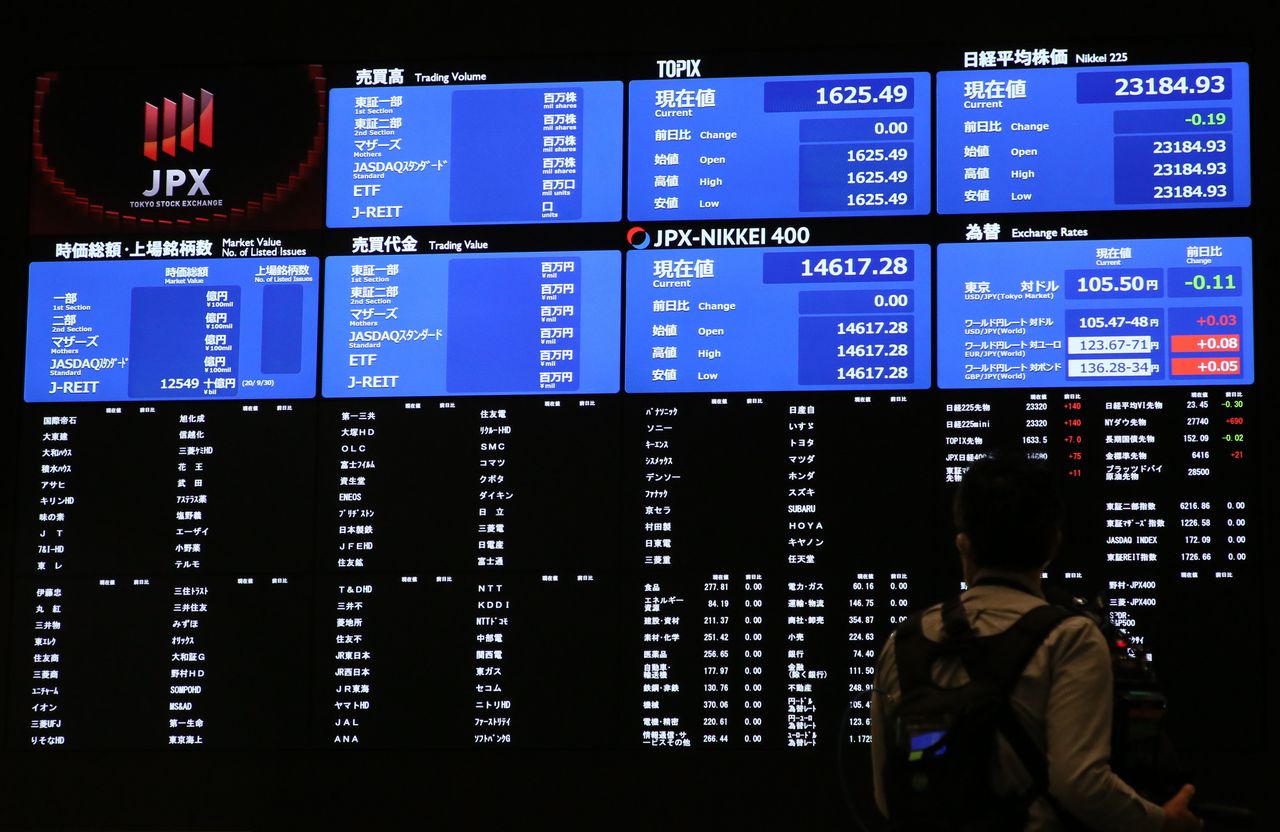 Display boards during halt of trading at Tokyo Stock Exchange on October 1, 2020. (© Jiji)

Trips to and from Tokyo are added to the government’s “Go To Travel” promotion campaign. 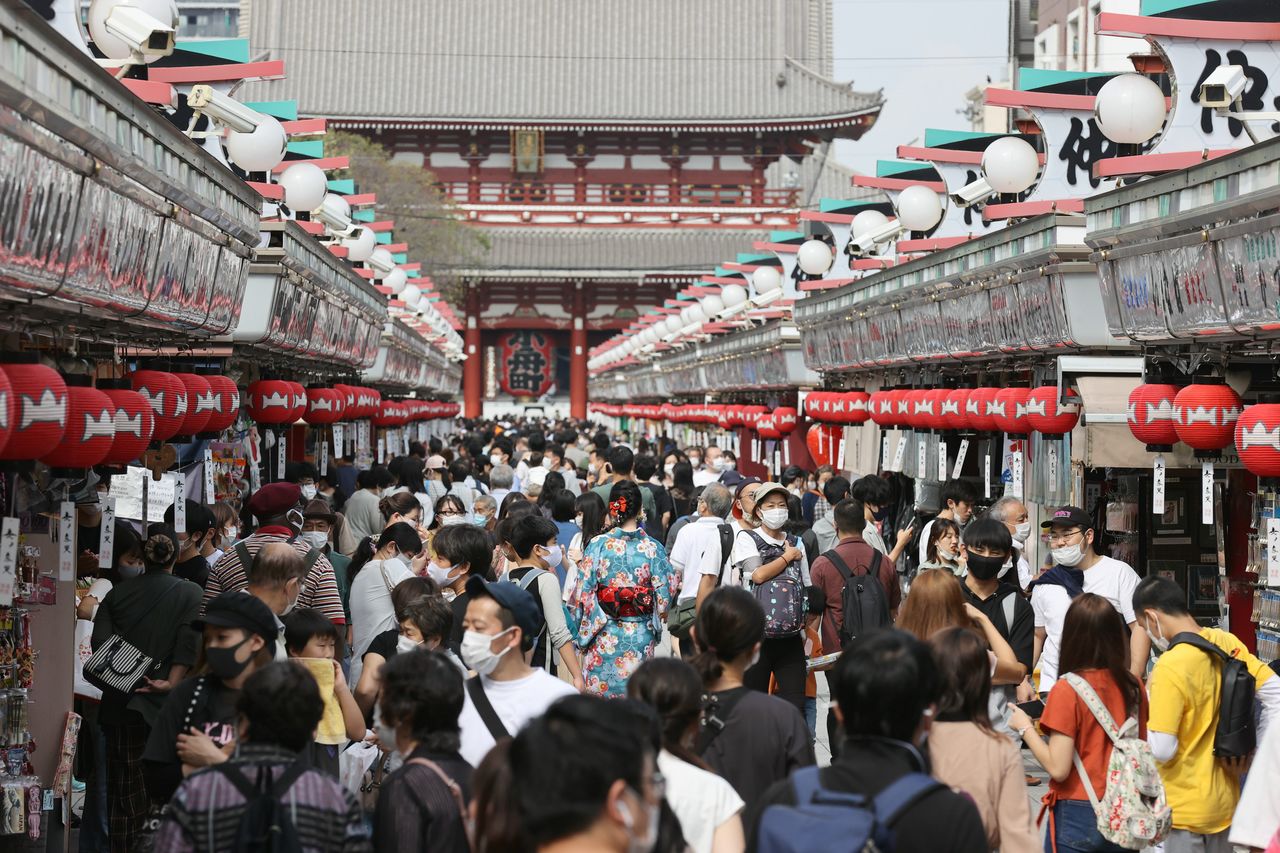 Many visitors in Asakusa, Tokyo, on October 3, 2020, the first weekend after the metropolis was added to the “Go To Travel” campaign. (© Jiji)

The Ministry of Health, Labor, and Welfare announces plans to offer free COVID-19 vaccinations to all citizens.

Japanese fashion designer Takada Kenzō, the founder of the Kenzō brand, dies in the suburbs of Paris at the age of 81 after contracting COVID-19.

Prime Minister Suga holds talks in Tokyo with US Secretary of State Mike Pompeo. It is Suga’s first meeting with a senior foreign official.

Tsutsumi Kyōhei, who composed hit songs like “Momen no hankachīfu” (Cotton Handkerchief), dies at the age of 80.

The mayor of the Hokkaidō town of Suttsu announces its plan to apply for a survey to choose the site for final disposal of high-level radioactive waste. On October 9, the mayor of Kamoenai, also in Hokkaidō, says the village will apply.

The Supreme Court rules that discrepancies in conditions for regular and nonregular workers are unreasonable in three lawsuits filed by Japan Post employees.

Tōhō and other distributors of Demon Slayer the Movie: Mugen Train announce that 3.4 million people have seen the anime since it opened on October 16, leading to box office revenues of ¥4.6 billion. 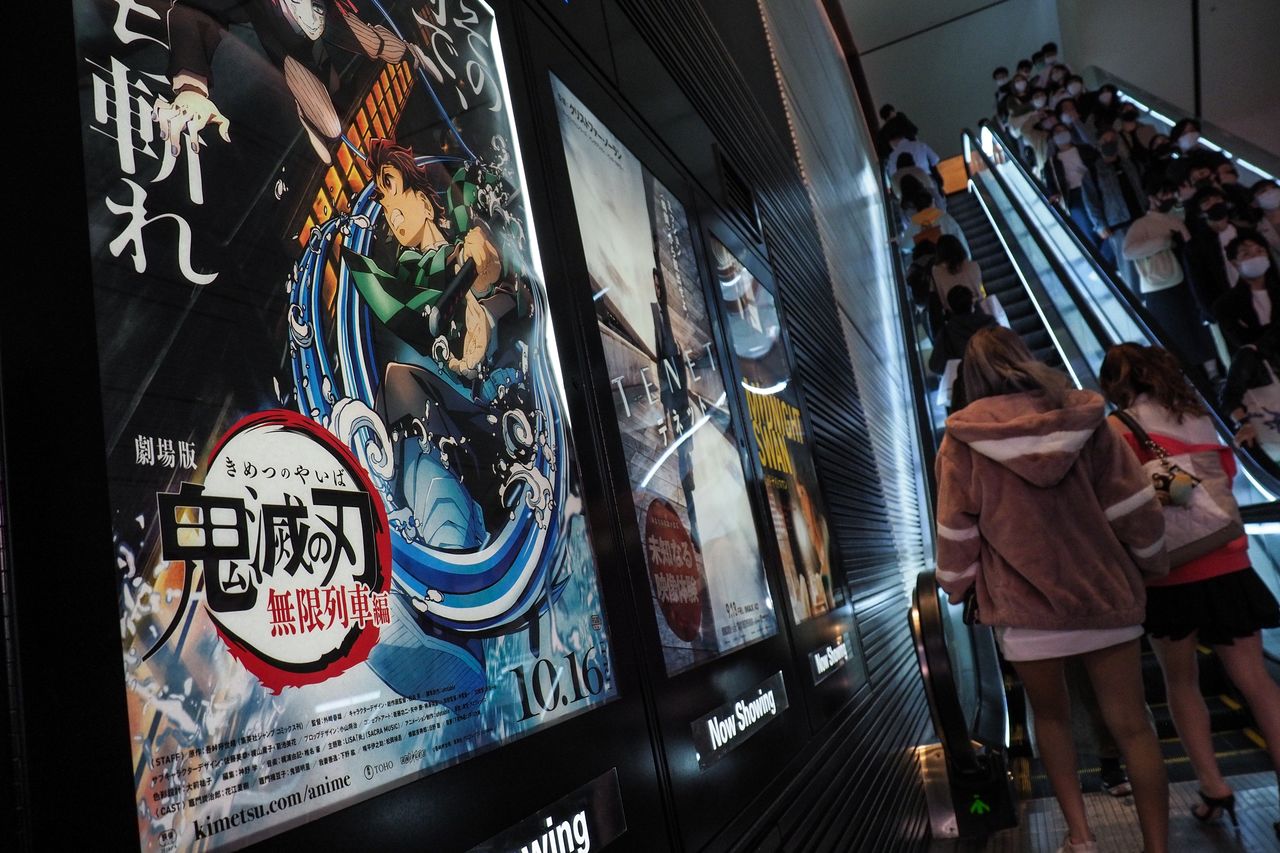 Former Secretary-General Ishiba Shigeru takes responsibility for his loss in the Liberal Democratic Party leadership contest in September, announcing his intention to resign as leader of his faction.

Prime Minister Suga makes his first parliamentary policy speech, saying that he will seek to both contain the COVID-19 pandemic and support economic activity. He expresses his resolve to hold the Tokyo Olympics and Paralympics in 2021, and says that Japan will reduce greenhouse gas emissions to zero by 2050.

ANA Holdings announces expected net losses of ¥510 billion for the fiscal year ending March 2021. This follows a net profit of ¥27.6 billion the previous year. Plunging demand during the COVID-19 pandemic has led to the forecast record losses.

Cumulative confirmed COVID-19 cases in Japan pass the 100,000 mark, including those found among passengers on cruise ships berthed in the country. Total deaths stand at 1,761 as of this time.

(Originally published in Japanese. Banner photo: Prime Minister Suga Yoshihide, second from right, with his wife Mariko, at right, boards a government airplane in Tokyo on October 18, 2020, for his first overseas trip since he became leader of Japan to Vietnam and Indonesia. © Jiji.)