Society Jul 1, 2021
The COVID-19 state of emergency was lifted in nine prefectures, including Tokyo and Osaka, in June 2021.

The Diet enacts legislation raising out-of-pocket medical expenses from 10% of costs to 20% for people aged 75 and over living alone with an annual income of at least ¥2 million.

A third-party panel concludes that while Ministry of Internal Affairs and Communications officials did not revoke the broadcasting company Tōhoku Shinsha’s license, they were likely aware that it was in violation of a law on foreign ownership. The MIC finds that there were a total of 78 cases of wining and dining in violation of the ethics code, and punishes 32 officials.

Golfer Sasō Yūka, a dual citizen of the Philippines and Japan, beats Hataoka Nasa in a playoff to win the US Women’s Open. At 19 years and 11 months, she is the competition’s youngest ever champion.

Yamagata Ryōta sets a new Japanese record of 9.95 seconds for the 100-meter sprint. 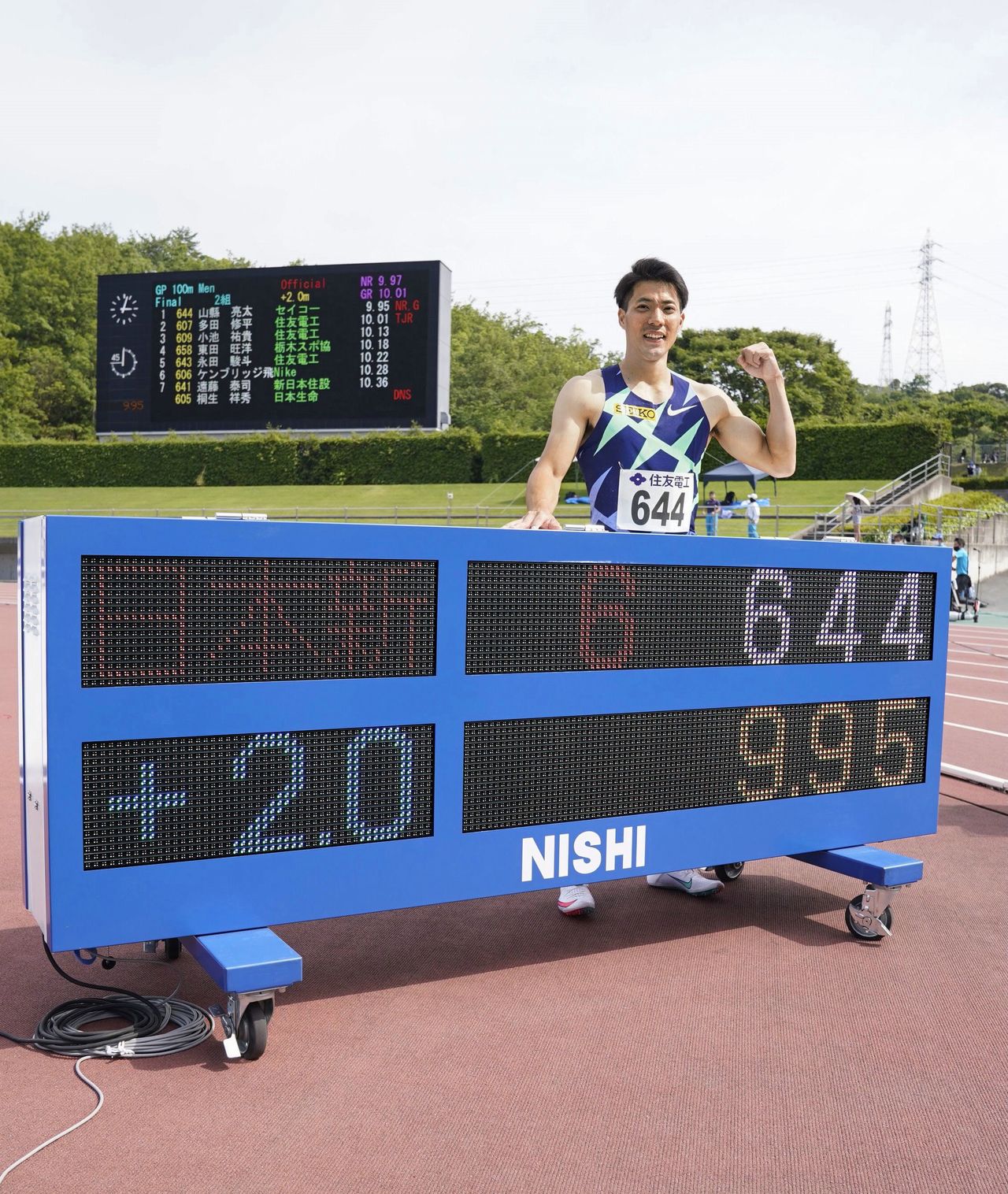 An investigation by independent lawyers finds that Toshiba worked with the Ministry of Economy, Trade, and Industry to exert undue influence on shareholders at the July 2020 annual general meeting.

The Diet enacts legislation making it easier for citizens to vote in a national referendum on amending the Constitution.

Prime Minister Suga takes part in his first Group of Seven summit from June 11 to 13 in Cornwall, Britain. 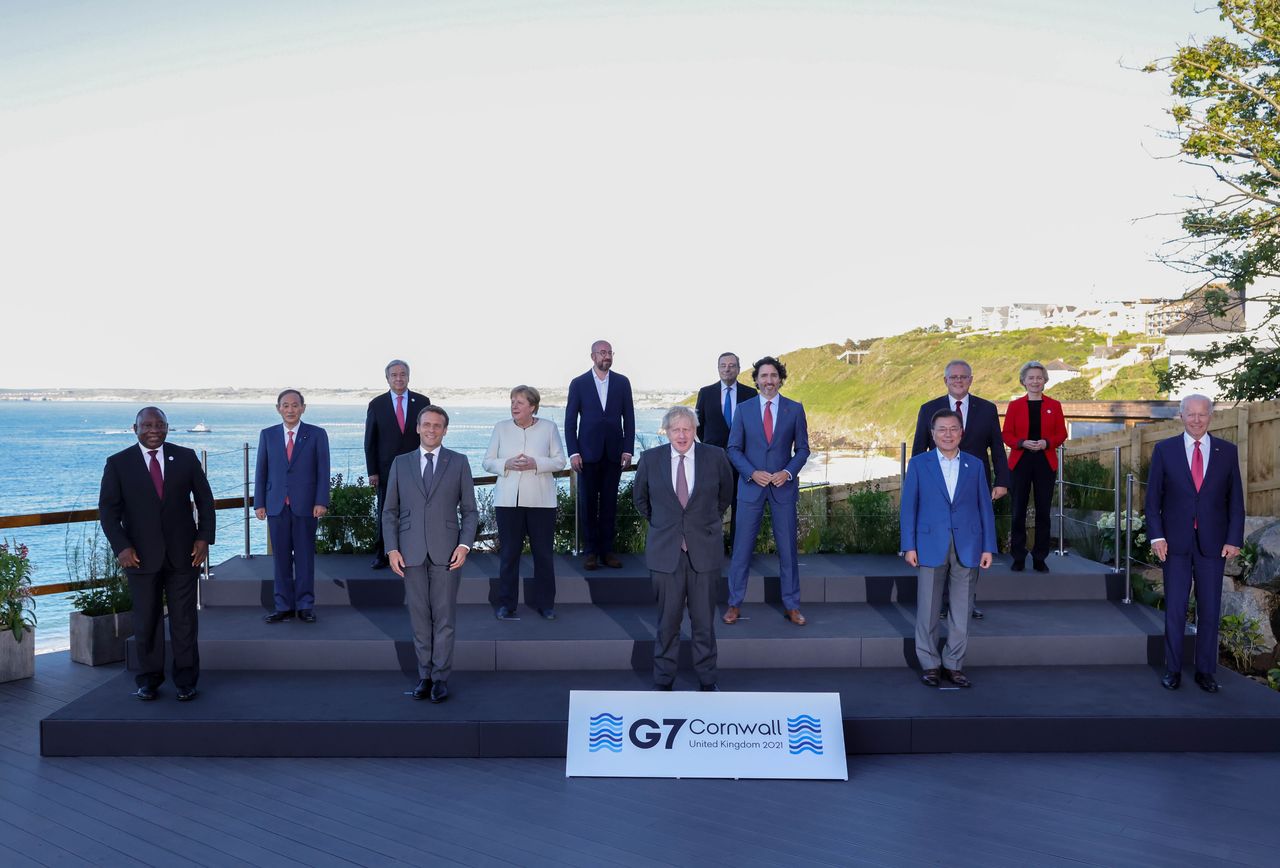 Prime Minister Suga Yoshihide (second from left) and other world leaders at the Group of Seven summit on June 13, 2021. (Courtesy 10 Downing Street; © Jiji)

It is learned that the composer Kobayashi Asei, who was also known for his acting roles, died on May 30 at the age of 88. 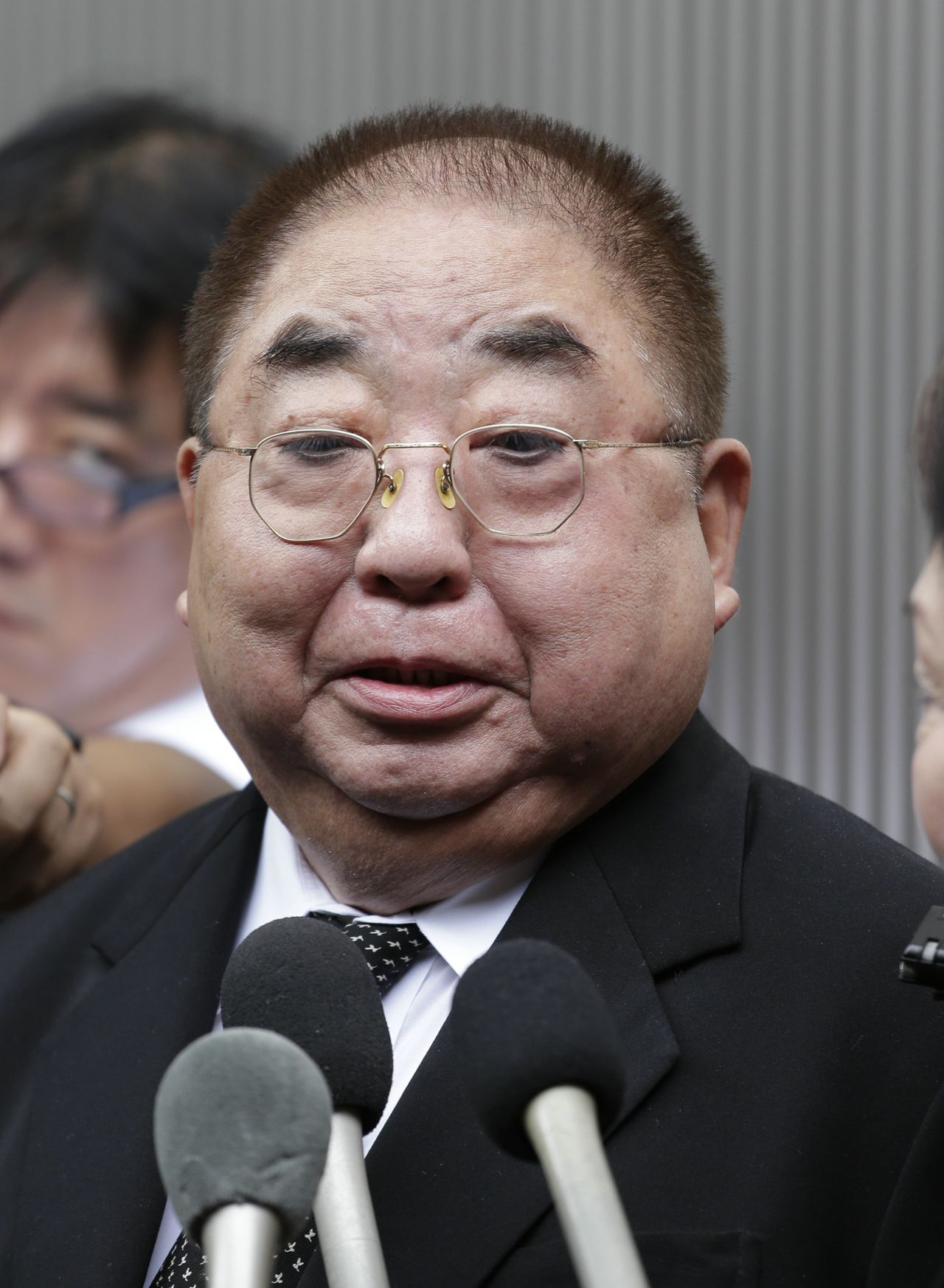 Former Minister of Justice Kawai Katsuyuki is sentenced to three years in prison without suspension at the Tokyo District Court after being found guilty of buying votes in the 2019 election for the House of Councillors. He is also fined ¥1.3 million.

The government lifts the COVID-19 state of emergency in Tokyo, Hokkaidō, Aichi, Kyoto, Osaka, Hyōgo, Okayama, Hiroshima, and Fukuoka, leaving it in place in Okinawa only.

The Tokyo Summary Court suspends former Minister of Economy, Trade, and Industry Sugawara Isshū’s right to vote and run for office for three years after he is found to have violated election laws by making donations to voters. He is also fined ¥400,000.

Documents and emails in the “Akagi file” are disclosed. The file was collated by Akagi Toshio, a Ministry of Finance bureaucrat, as a record of events related to falsification of official documents concerning the Moritomo Gakuen scandal, before his March 2018 suicide. It shows his strong opposition to instructions to make falsifications given by Sagawa Nobuhisa, who was director-general of MOF’s Financial Bureau.

The Supreme Court rules in three appeals that regulations in the Civil Code and family registration law not allowing married couples to have separate surnames are constitutional.

It is learned that the journalist Tachibana Takashi, known for writings that led to the resignation of Prime Minister Tanaka Kakuei in 1974, died on April 30 at the age of 80. 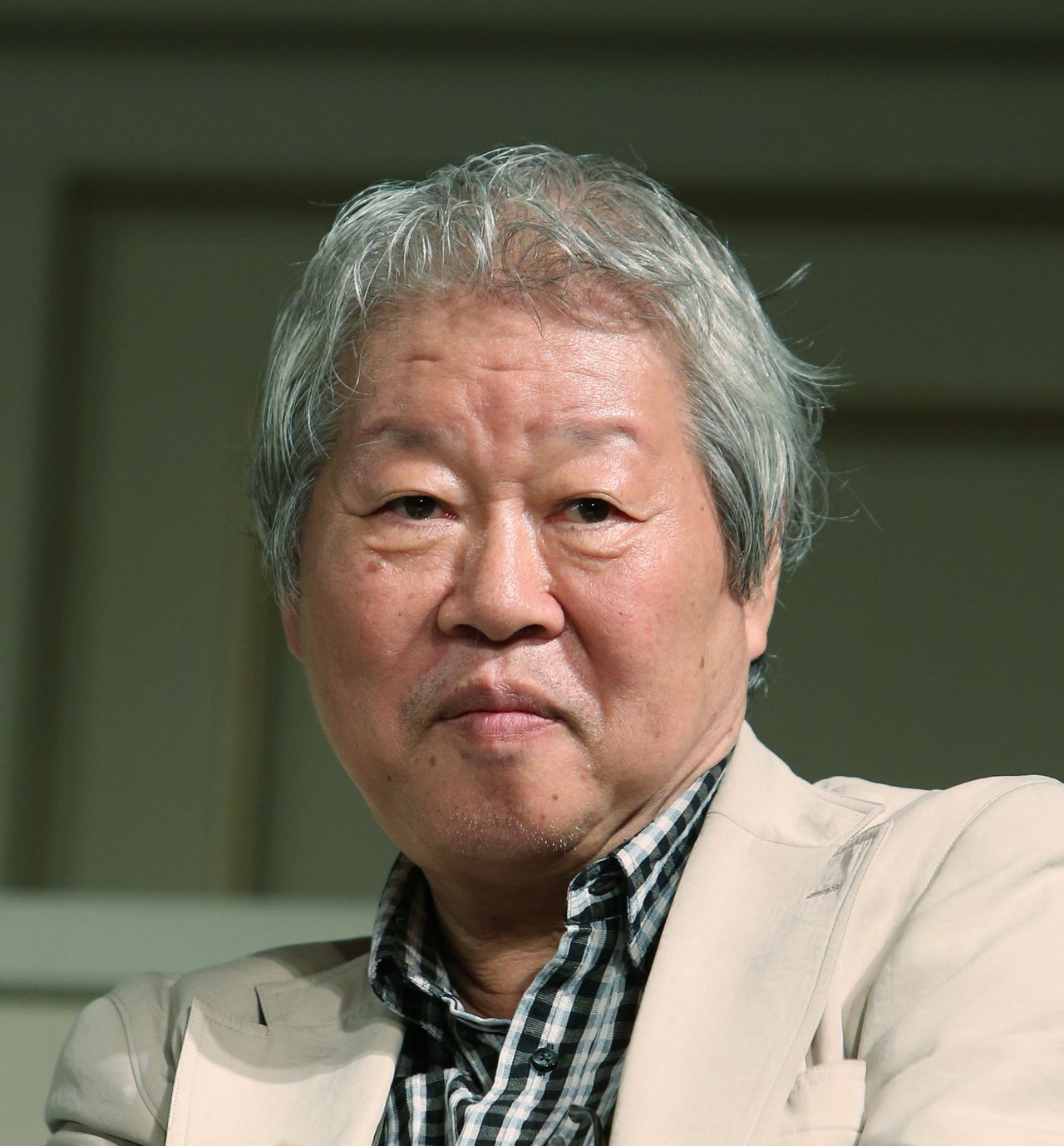 Kansai Electric Power Company restarts the number 3 reactor at Mihama Nuclear Power Plant in Fukui Prefecture. This is the first time that a reactor has operated beyond the limit of 40 years in principle, instituted by the government after the 2011 nuclear disaster at Fukushima.

It emerges that Mitsubishi Electric invented data in improper inspections of air conditioning equipment for train carriages, and may have done so for more than 30 years.