Society Nov 1, 2021
The Liberal Democratic Party retained a strong majority in the House of Representatives election, the COVID-19 state of emergency was lifted in 19 prefectures, and Princess Mako married Komuro Kei in October 2021.

The government lifts the COVID-19 state of emergency in 19 prefectures. 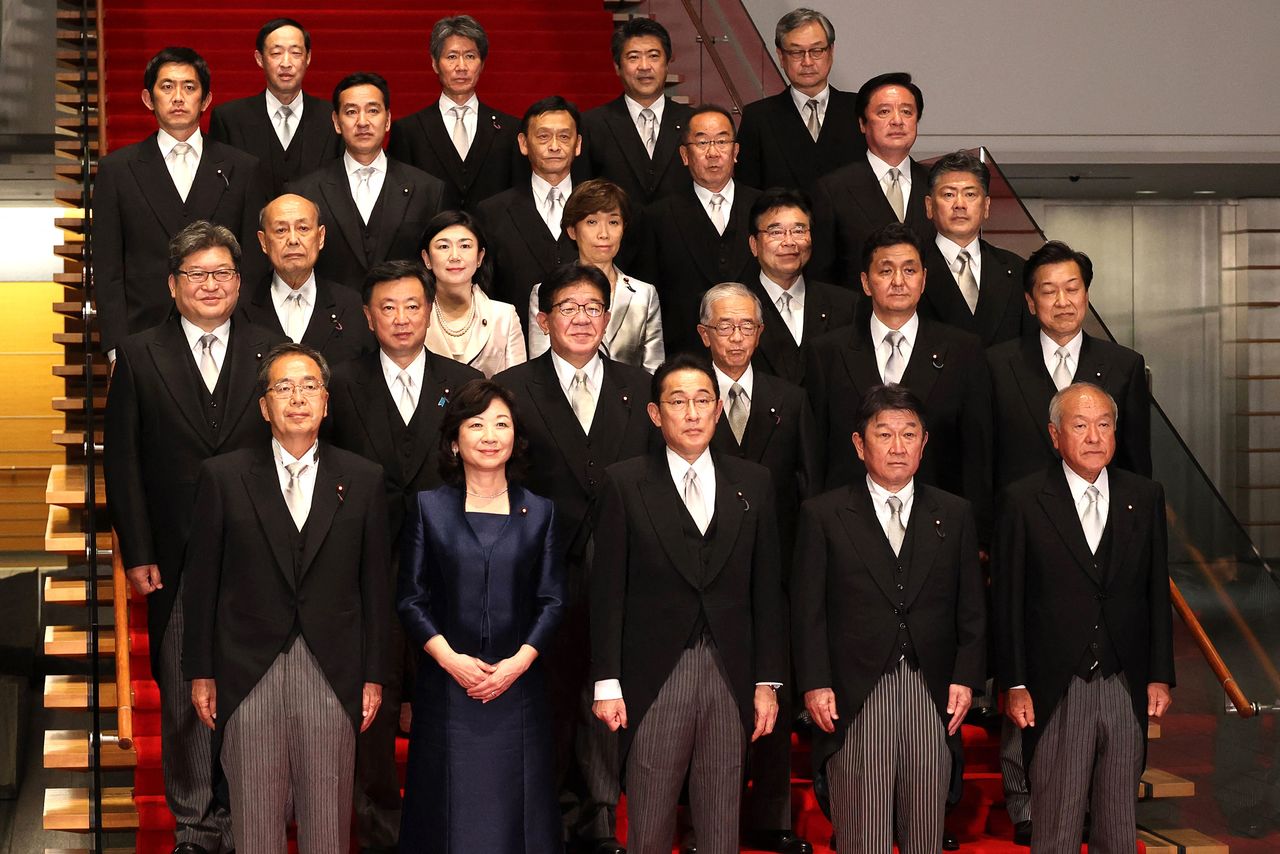 Kishida Fumio (front center) and the members of his new cabinet in a commemorative photograph taken in Tokyo on October 4, 2021. (© AFP/Jiji)

The Japan-born US scientist Syukuro Manabe is among three winners of the Nobel Prize in Physics “for the physical modelling of Earth’s climate, quantifying variability and reliably predicting global warming.” 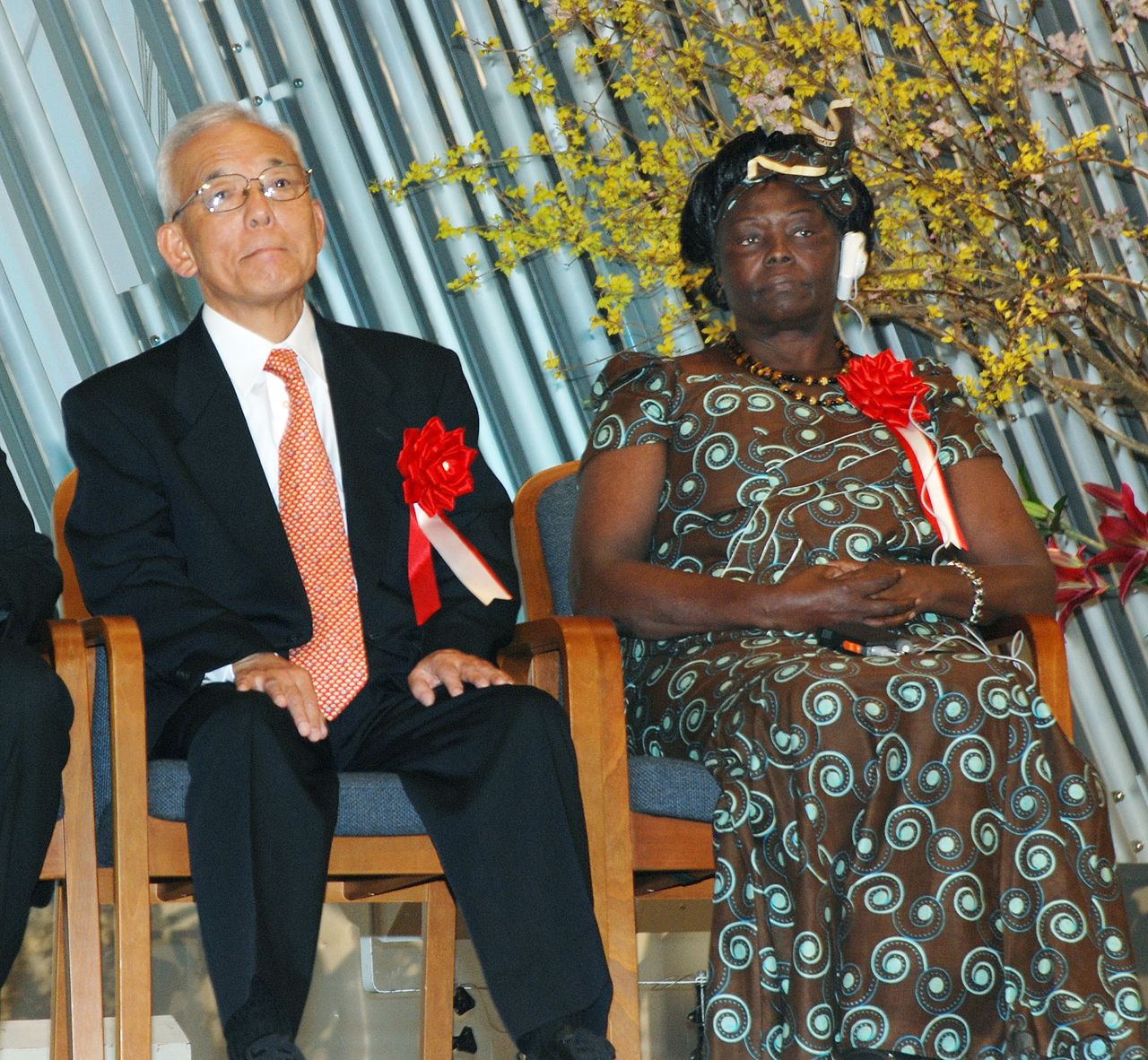 Syukuro Manabe, at left, sits with Kenya’s Wangari Maathai, who won the Nobel Peace Prize in 2004, at a February 2010 ceremony at the Earth Hall of Fame Kyoto. (© Jiji)

The Japan Pension Service announces that it sent out 972,000 payout notices with the wrong personal information to people in Aichi, Mie, and Fukuoka Prefectures.

Tokyo prosecutors arrest Nihon University board member Inoguchi Tadao and Yabumoto Masumi, the former head of an Osaka medical corporate group, on suspicion of breach of trust related to rebuilding work at the university’s Itabashi Hospital in Tokyo. On October 27, the two men are served with new arrest warrants for allegedly causing the university financial losses of ¥200 million.

An earthquake centered in northwestern Chiba Prefecture causes shaking with a seismic intensity of upper 5 in Adachi, Tokyo and Kawaguchi, Saitama Prefecture. The Japan Meteorological Agency states that the earthquake took place at a depth of 75 kilometers with an estimated magnitude of 5.9. The temblor causes considerable disruption of transportation services. 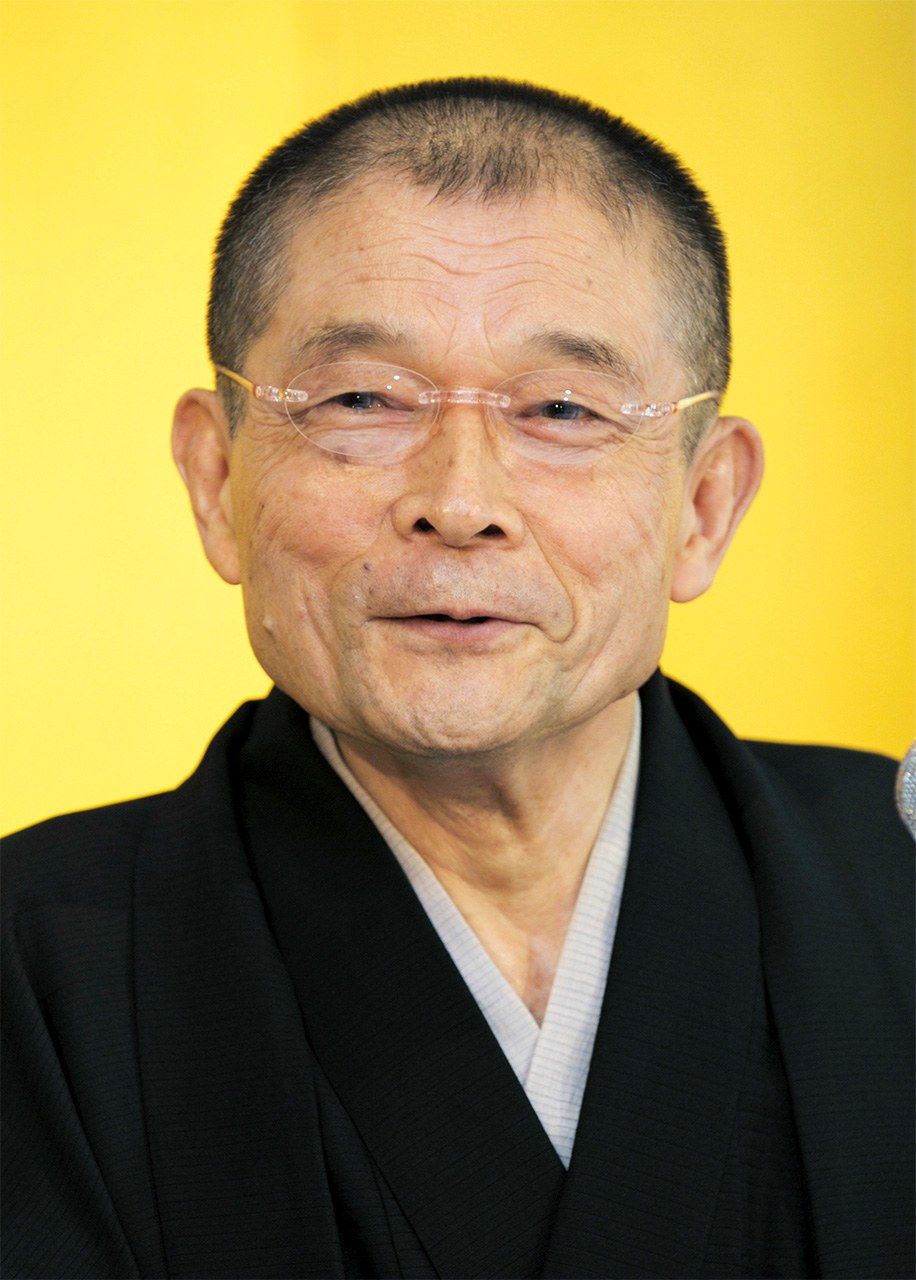 Yanagiya Kosanji at a press conference on July 16, 2014, after it was decided to designate him a living national treasure. (© Jiji)

Shirato Sanpei, the manga creator known for works like Kamui den (trans. The Legend of Kamui) and Sasuke, dies at the age of 89.

A JR East substation fire in Warabi, Saitama Prefecture, causes a power outage leading to the halting of services on 10 Tokyo region rail lines and affecting some 236,000 travelers.

Group of Twenty leaders hold a virtual summit over the situation in Afghanistan. Prime Minister Kishida pledges financial support of $200 million (¥22 billion) to be paid within the year.

Prime Minister Kishida dissolves the House of Representatives ahead of a general election on October 31. Campaigning begins on October 19.

NTT Docomo announces a temporary system failure. It lasts for around three hours, and a spike in usage after it is over causes some further issues.

Moriyama Mayumi, the first woman to serve as chief cabinet secretary, dies at the age of 93. 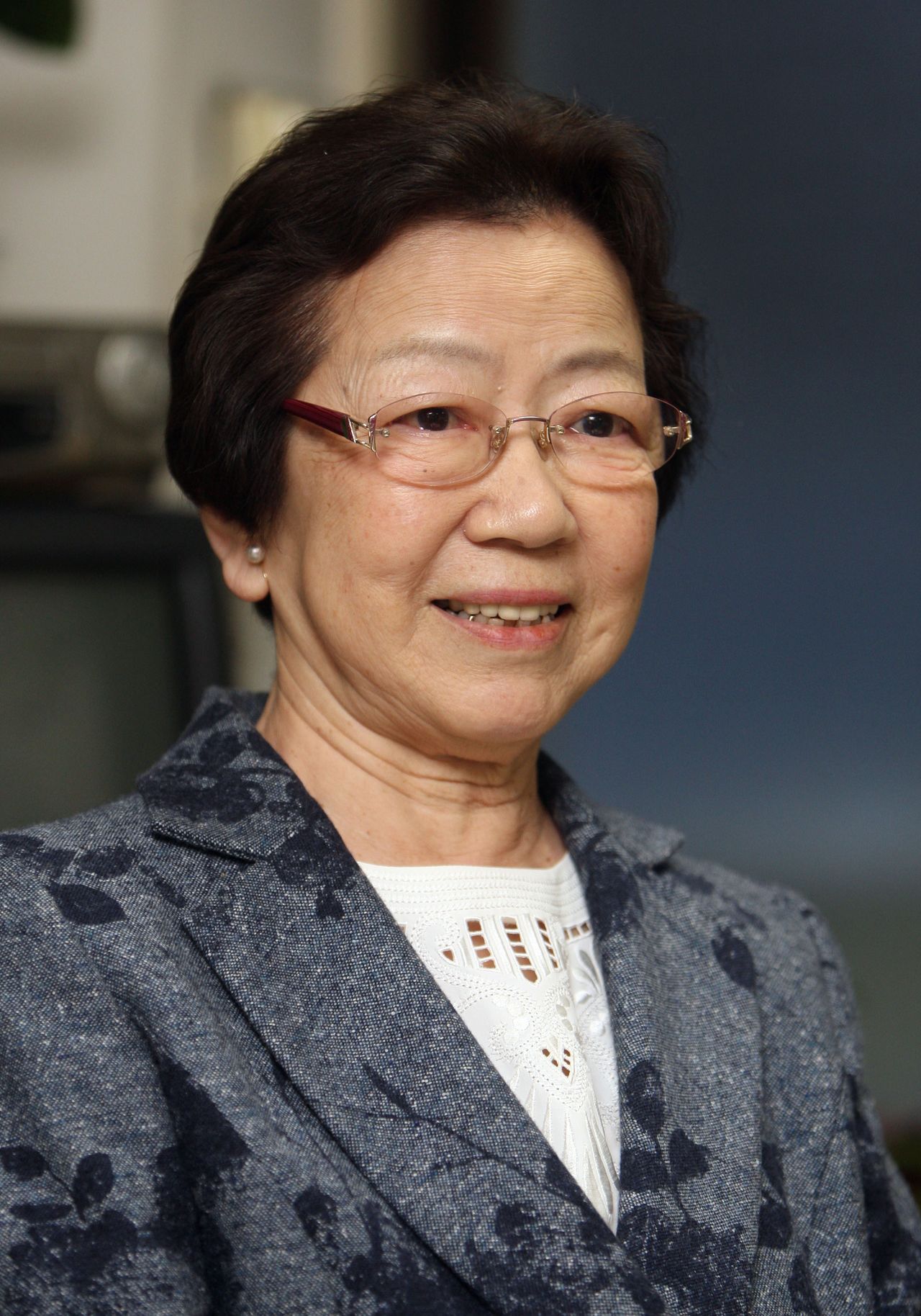 Moriyama Mayumi on October 29, 2009, after receiving the Grand Cordon of the Order of the Rising Sun. (© Jiji)

North Korea fires two missiles off its east coast, which land in the Sea of Japan.

An eruption at Mount Aso in Kumamoto Prefecture blasts large rocks into the sky and creates pyroclastic flows. The Japan Meteorological Agency raises the alert level at the caldera to 3, prohibiting approach.

Former Minister of Justice Kawai Katsuyuki’s sentence after being found guilty of buying votes in the 2019 election for the House of Councillors is finalized. He receives three years in prison and a fine of ¥1.3 million.

Kansai Electric Power Company announces that the number 3 reactor at its Mihama Nuclear Power Plant in Fukui Prefecture has halted operations due to failing to meet a deadline to implement antiterrorism measures. The reactor first came into operation more than 40 years ago.

Tsuboi Sunao, the leader of Japan Confederation of A- and H-Bomb Sufferers Organizations who campaigned for many years for nuclear disarmament, dies at the age of 96.

Princess Mako marries her former college classmate Komuro Kei. At a Tokyo press conference, she expresses gratitude for his support. 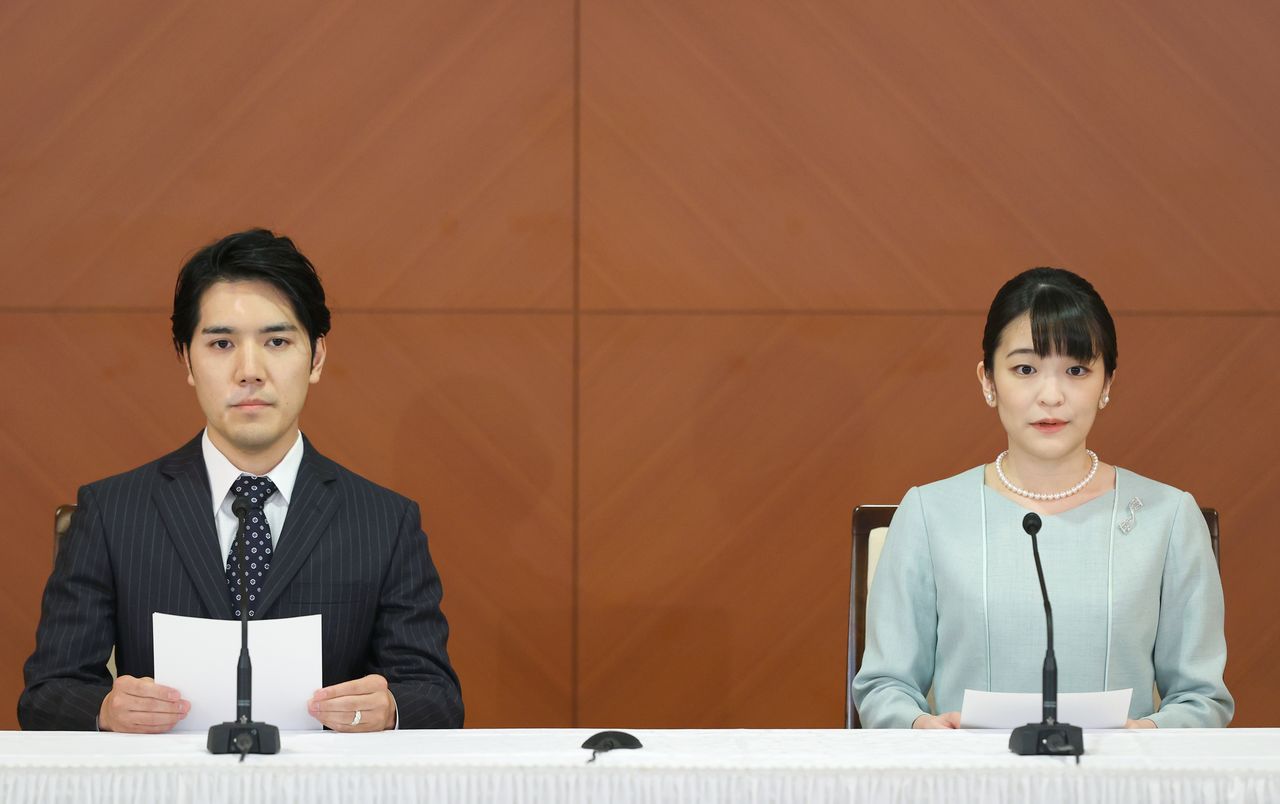 Mitsubishi Heavy Industries launches an H-2A rocket from the Tanegashima Space Center in Kagoshima Prefecture carrying a successor to one of the first Michibiki satellites, which act as the Japanese version of the Global Positioning System. The satellite separates from the rocket around 28 minutes after launch and enters its target orbit.

Ohtani Shōhei of the Los Angeles Angels is voted player of the year by the Major League Baseball Players Association. He is the first Japanese player to win the award.

The Liberal Democratic Party loses 15 seats in the House of Representatives election, but still finishes with a sole majority of 261 out of the total of 465 seats. Together with Kōmeitō, the coalition has 293 seats. Nippon Ishin no Kai (Ishin, or the Japan Innovation Party) wins a total of 41 seats, becoming the lower house’s third largest party.

A man armed with a knife injures 17 people in an attack on a Keiō Line train in Tokyo.