Society Dec 2, 2022
Japan’s mixed fortunes at the FIFA World Cup in Qatar and a string of political scandals made headlines in the country in November 2022.

North Korea fires six missiles, including what is thought to be an intercontinental ballistic missile, toward the Sea of Japan. The government warns citizens in the prefectures of Miyagi, Yamagata, and Niigata via its J-Alert early warning system. On November 18, North Korea fires an ICBM, which lands in Japan’s exclusive economic zone to the west of the island of Ōshima in Hokkaidō. 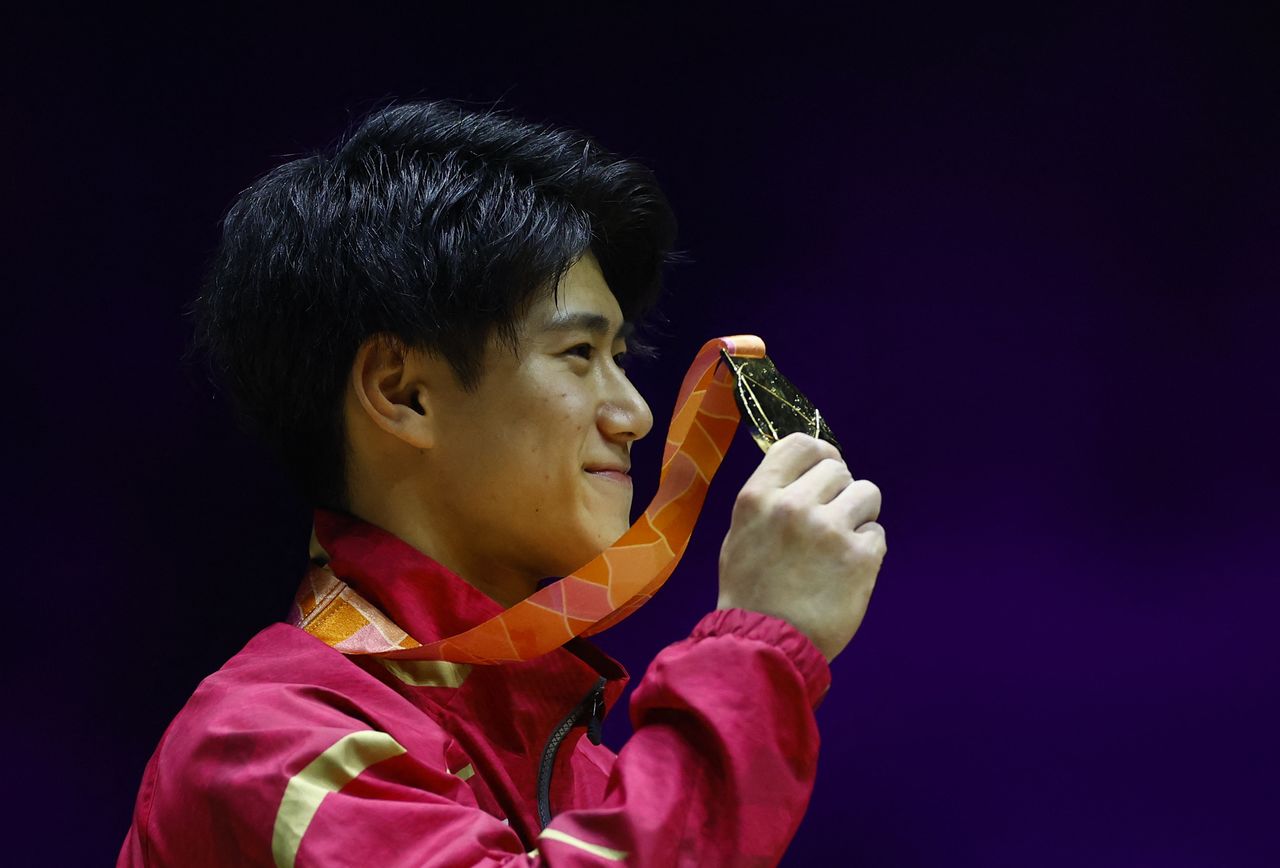 Hashimoto Daiki with his gold medal for the individual all-around competition at the World Artistic Gymnastics Championships in Liverpool on November 4, 2022. (© Reuters)

Actor Kimura Takuya appears as Oda Nobunaga at the Gifu Nobunaga Festival horseback parade. The event draws a record 460,000 attendees, almost doubling the 250,000 crowd of 2019, before the COVID-19 pandemic. 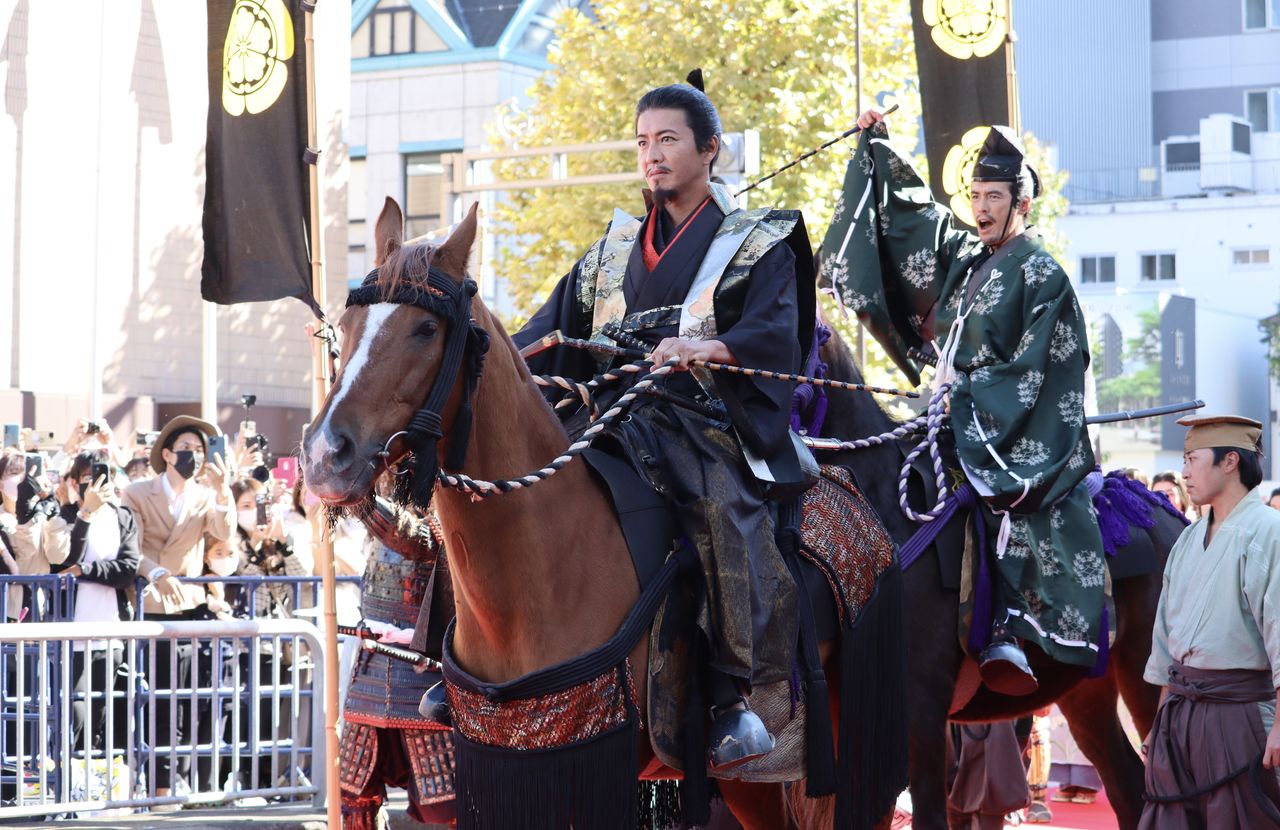 Japan Industrial Partners, a Japanese fund chosen by Toshiba as a preferred bidder, submits a formal proposal for buying the company for ¥2.2 trillion and taking it private.

Tokyo prosecutors indict former Tokyo 2020 organizing committee executive Takahashi Haruyuki for the fourth time on suspicion of receiving ¥54 million in bribes from ADK Holdings and others.

Former star baseball pitcher Murata Chōji dies in a house fire at the age of 72.

Prime Minister Kishida meets with South Korean President Yoon Suk-yeol in Cambodia in the first meeting between the country’s leaders for three years. Kishida and Yoon agree to target a rapid solution to a wartime labor dispute. A three-way meeting including US President Joe Biden results in reaffirmed commitment to a free and open Indo-Pacific. 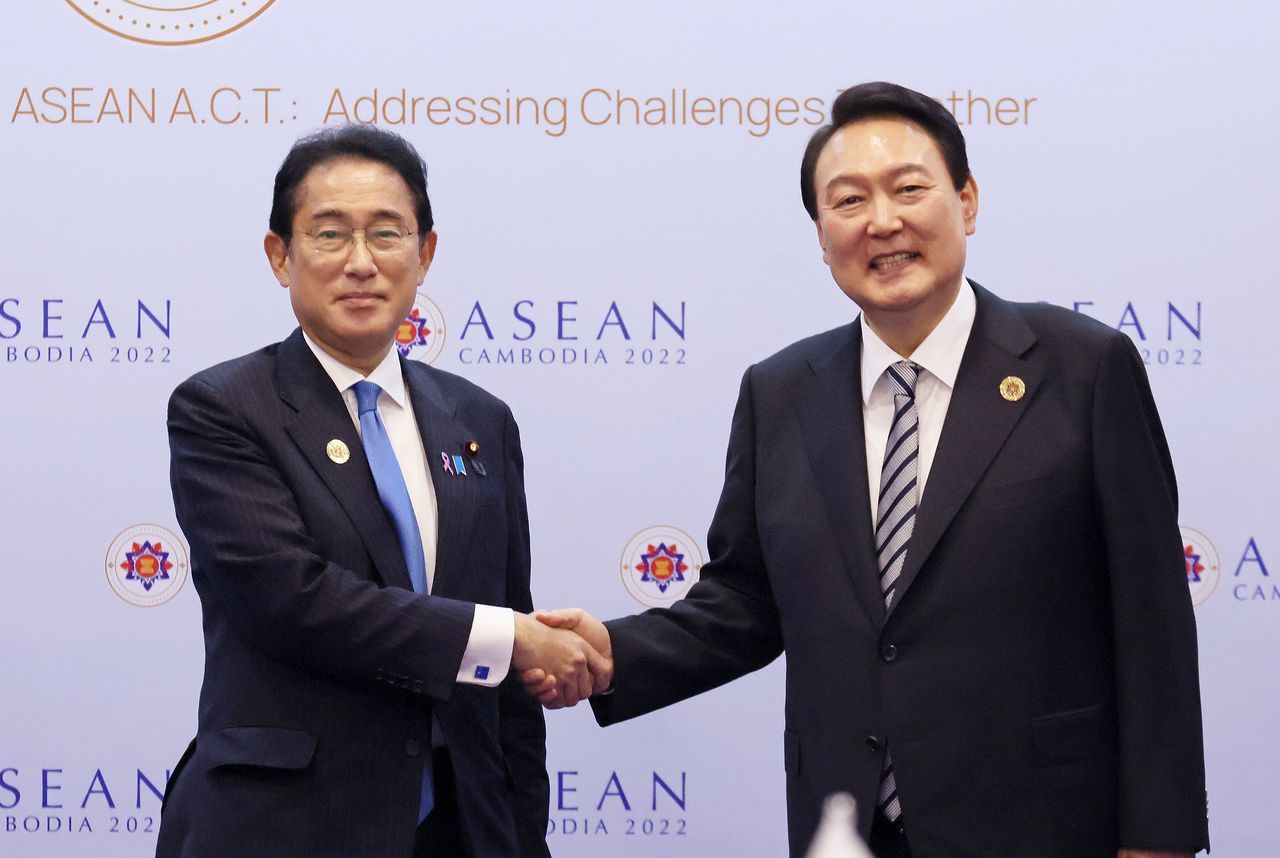 Kamei Masaya shares first prize with Lee Hyuk of South Korea in the piano category of the Long-Thibaud-Crespin Competition for young musicians.

Prime Minister Kishida meets with Chinese President Xi Jinping in Thailand, in the first meeting between the two country’s leaders for three years. They agree to work on improving bilateral ties. 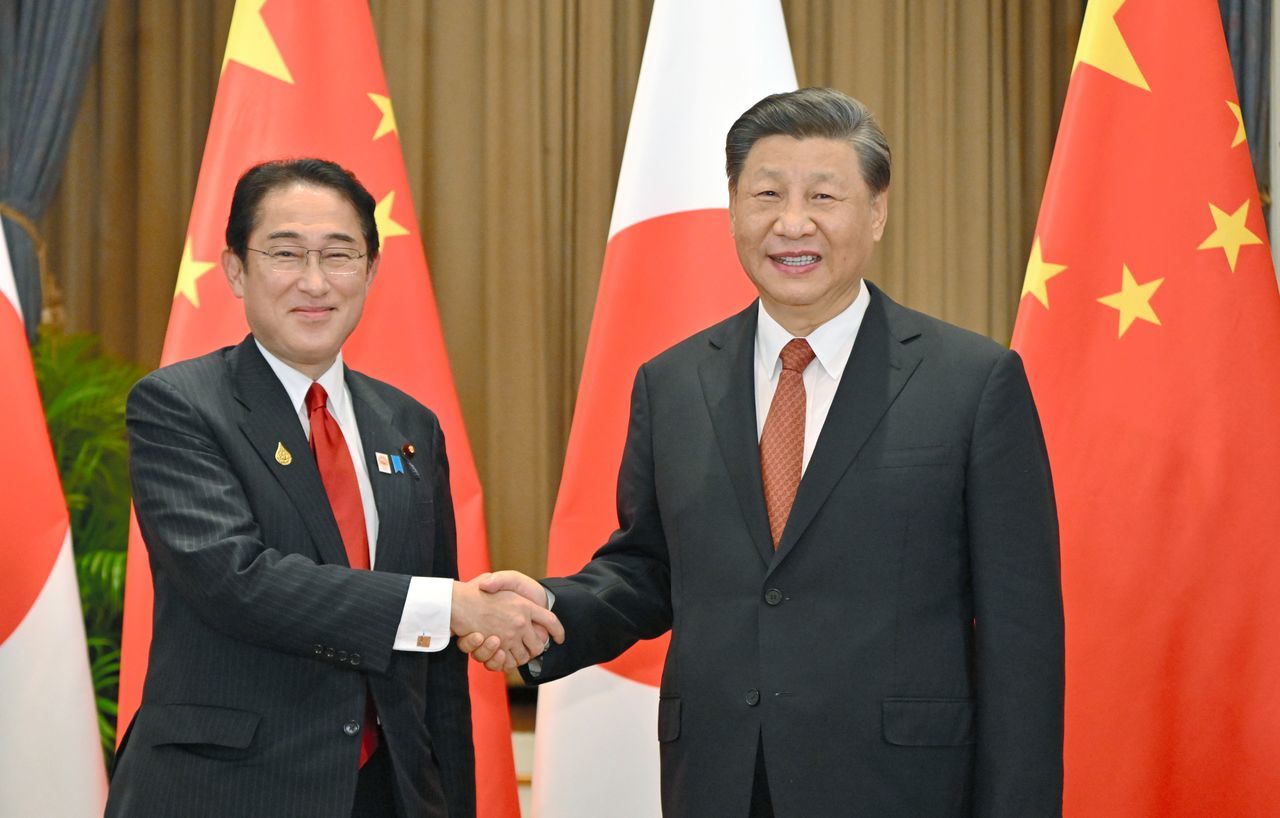 The consumer price index for October rises 3.6% year on year in its highest rise since February 1982; the index excludes fresh food, which is subject to large price fluctuations.

Prime Minister Kishida accepts the resignation of Minister of Internal Affairs and Communications Terada Minoru after a political funding scandal, replacing him with former Minister of Foreign Affairs Matsumoto Takeaki.

The Ministry of Education, Culture, Sports, Science, and Technology exercises the right under the Religious Corporations Act to ask questions to the Unification Church, calling for it to report on its management and income. This is the first time the right has been applied under the law.

The Japan Aerospace Exploration Agency announces it has abandoned the attempt to land its ultrasmall lunar probe Omotenashi on the moon. Communication problems with the probe began after the November 16 launch and did not improve.

Japan opens its campaign at the 2022 FIFA World Cup in Qatar with a historic 2–1 victory over Germany. Goalscorers Dōan Ritsu of SC Freiburg and Asano Takuma of Vfl Bochum both play for German teams. On November 27, Japan loses 1–0 to Costa Rica.

Tokyo prosecutors and the Fair Trade Commission raid the head offices of Dentsū and other locations over suspected bid-rigging for test events for the Tokyo Olympics and Paralympics. Further searches take place on November 28 and 29, including of the offices of Hakuhōdō, the advertising firm Dentsū Live, and ADK Marketing Solutions.

Rikishi Abi wins a three-way playoff against Takayasu and Takakeishō after the wrestlers finished the 15-day Kyūshū Grand Sumō Tournament tied at 12–3. It is the first tie of more than two rikishi since 1997, and the first time ever for maegashira to win three successive tournaments. 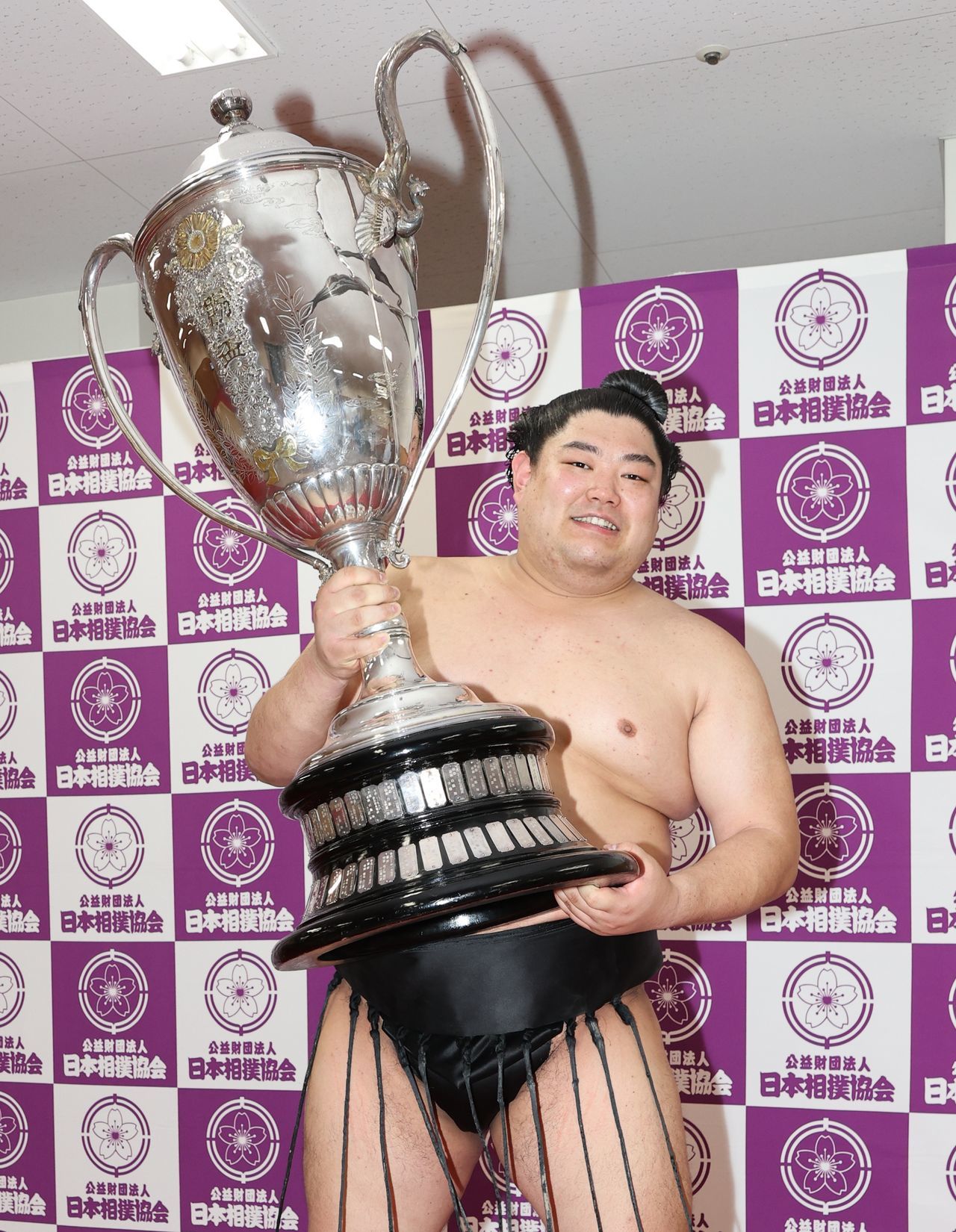 A UNESCO panel recommends that a set of Japanese ritual dances including the traditional bon odori dance and the ritual nenbutsu odori dance be added to its representative list of the Intangible Cultural Heritage of Humanity.

(Originally published in Japanese. Banner photo: Asano Takuma, at center, prepares to shoot and score the winning goal in a World Cup match against Germany in Doha, Qatar, on November 23, 2022. © Jiji.)