No Plan B: Japan’s sponsors shelve ads as mood sours over Olympics 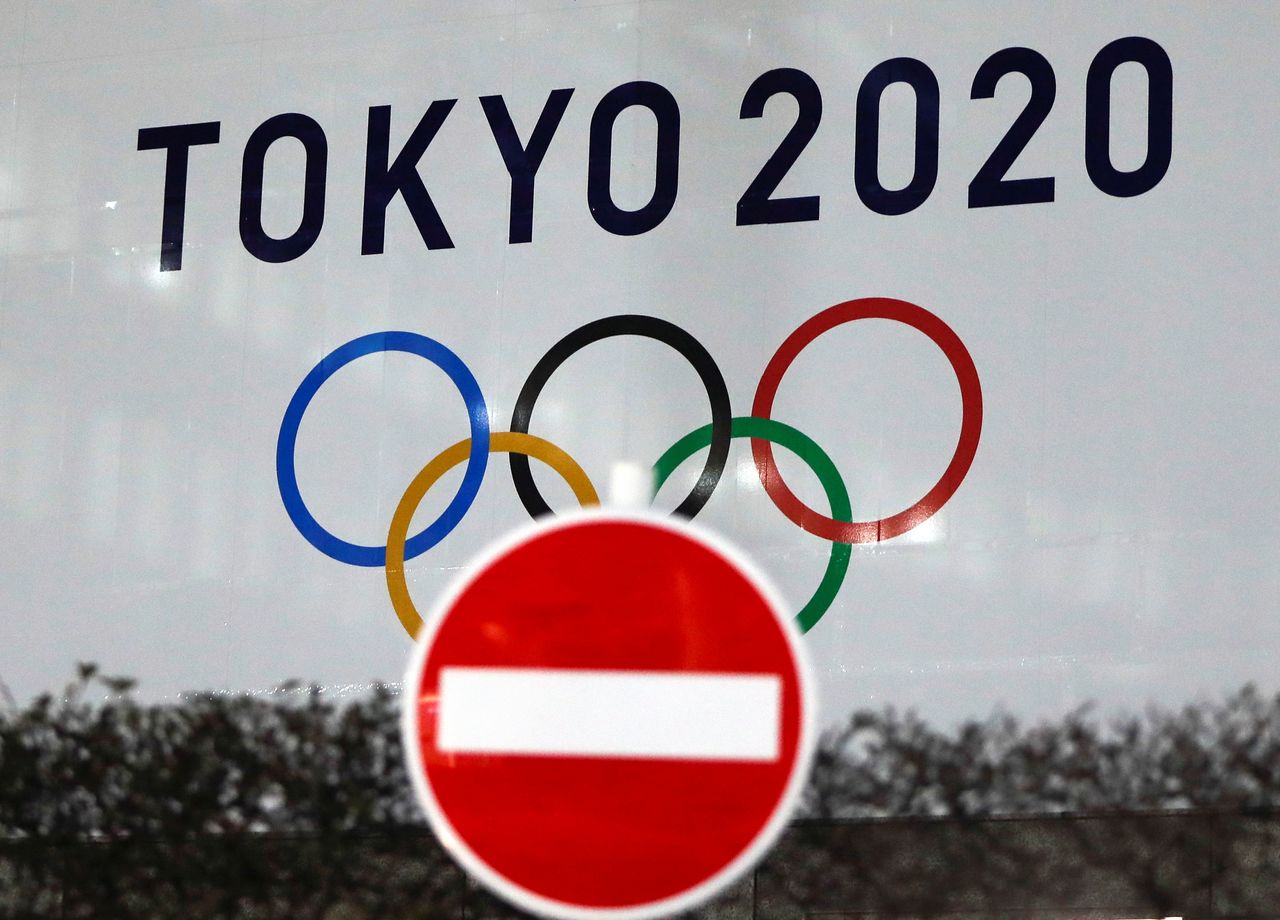 FILE PHOTO: The logo of Tokyo 2020 Olympic Games that have been postponed to 2021 due to the coronavirus disease (COVID-19) outbreak, is seen through a traffic sign at Tokyo Metropolitan Government Office building in Tokyo, Japan January 22, 2021. REUTERS/Issei Kato

TOKYO (Reuters) - Japan’s Olympic sponsors are scaling back advertising campaigns and delaying marketing events for this year’s Summer Games, concerned that public sentiment toward the event is souring amid a fresh wave of COVID-19.

Sponsors also worry that organisers have not told them what contingency plans there are in case the pandemic derails the Games again this year.

That uncertainty over the Olympics marks a fresh blow to domestic sponsors, including many of Japan’s biggest companies, such as Canon Inc and Japan Airlines Co Ltd, who have collectively pitched in more than $3 billion to support the event.

Assurances by both the Japanese government and the International Olympic Committee this month that the Games would begin as scheduled on July 23 have not quelled concerns.

Nearly 80% of the public now believes the Games should be cancelled or delayed further, according to a January survey by Kyodo.

Fears that an extended emergency declaration could further erode public confidence in the Games is also a worry, at least 11 of the sources said.

“We’re asking ourselves, ‘are we really going to do this?'” said a person seconded by his company to the Olympic organising committee. The person, who like most of those interviewed, declined to be named as he is not allowed to speak to the media, said even raising the topic of a “Plan B” was discouraged.

Canon’s chief financial officer Toshizo Tanaka told reporters on Thursday the company was working under the assumption that the event would go ahead as planned. “But we are considering internally how to respond just in case it can’t be held,” he said.

In response to Reuters questions about sponsors altering their ad and marketing strategy, the Tokyo organising committee said it was working closely with all of its stakeholders towards the success of the Games and said it was receiving their full support.

The committee also said it expects a series of measures implemented by Japan’s government, Tokyo, and other prefectural authorities to improve the virus situation.

For some local sponsors, the perks of supporting the Tokyo Olympics have long since faded. Six sources at sponsor companies said they were still waiting on details from organisers so they could finalise preparations and roll out advertising campaigns. Several said they had held back out of fear of alienating the public.

“It’s a little hard to say ‘we support Tokyo 2021’ when the government is under so much criticism,” said a source who works for a financial institution that is also a games sponsor.

Though Japan has contained the spread of the virus better than many other countries, hospitals are still besieged by patients and the public has been advised to stay indoors as much as possible.

Prime Minister Yoshihide Suga, who has pledged to hold the Olympics this year, has seen his support slide in recent weeks over the handling of the pandemic.

Asahi Group Holdings, the holding company of beer maker Asahi Breweries, a top-tier Olympics partner, postponed some of the ads it had planned to air last year, after the Games were delayed, said a company official on condition of anonymity, as it waits for more clarity on the schedule.

A spokesman for Asahi confirmed it postponed some of its advertisements after the Games were delayed.

Five sources at separate sponsor companies said they were also delaying ads and reconsidering marketing events. But many sources said they saw the Olympics as a “national project” that they must support.

“The staff would never say the actual words ‘cancellation’ or ‘delay’,” said a source at a corporate sponsor, who regularly attends meetings with Olympic organisers.

The source, whose company also sponsors the torch relay, said Japan’s 68 domestic sponsors had little choice but to extend their contracts last year. Corporate sponsors pitched in an additional $200 million to cover delays.

“Of course we can’t ask them ‘what’s going to happen to our money if it’s cancelled or delayed?'” because the subject is so sensitive, the source added.

The uncertainty extends to the Olympic torch relay, scheduled for March 25 and meant to kick off celebrations ahead of the opening. But instead of planning parties for clients, sponsors are treading water because they don’t know whether spectators will be allowed.

“We haven’t officially heard how ‘restrained’ the event will be this year,” said the source working for the relay sponsor, adding that preparations for the relay were already under way at this time last year.

His company quietly dropped plans to line the relay route with corporate booths and logos last year, he said, partly because of deteriorating earnings during the pandemic.

Another person seconded to the organising committee worried that torch bearers would look “lonely” running down unlined streets, making for bad media content.

“It’s a sad image and it doesn’t look at all exciting,” the person said.

In a statement to Reuters, the Tokyo organising committee said it was considering what virus countermeasures to adopt during the event, but said the relay will begin on the scheduled date.

For Motoji Kawasaki, an official in Tokyo’s Higashimurayama city, one immediate priority is finding a replacement for Ken Shimura, a celebrity torch runner who died of COVID-19 last year.

“There’s normally an air of excitement leading up to the Olympics,” he said. “But it’s too naive to think about that this year. Now, it is all about coronavirus.”