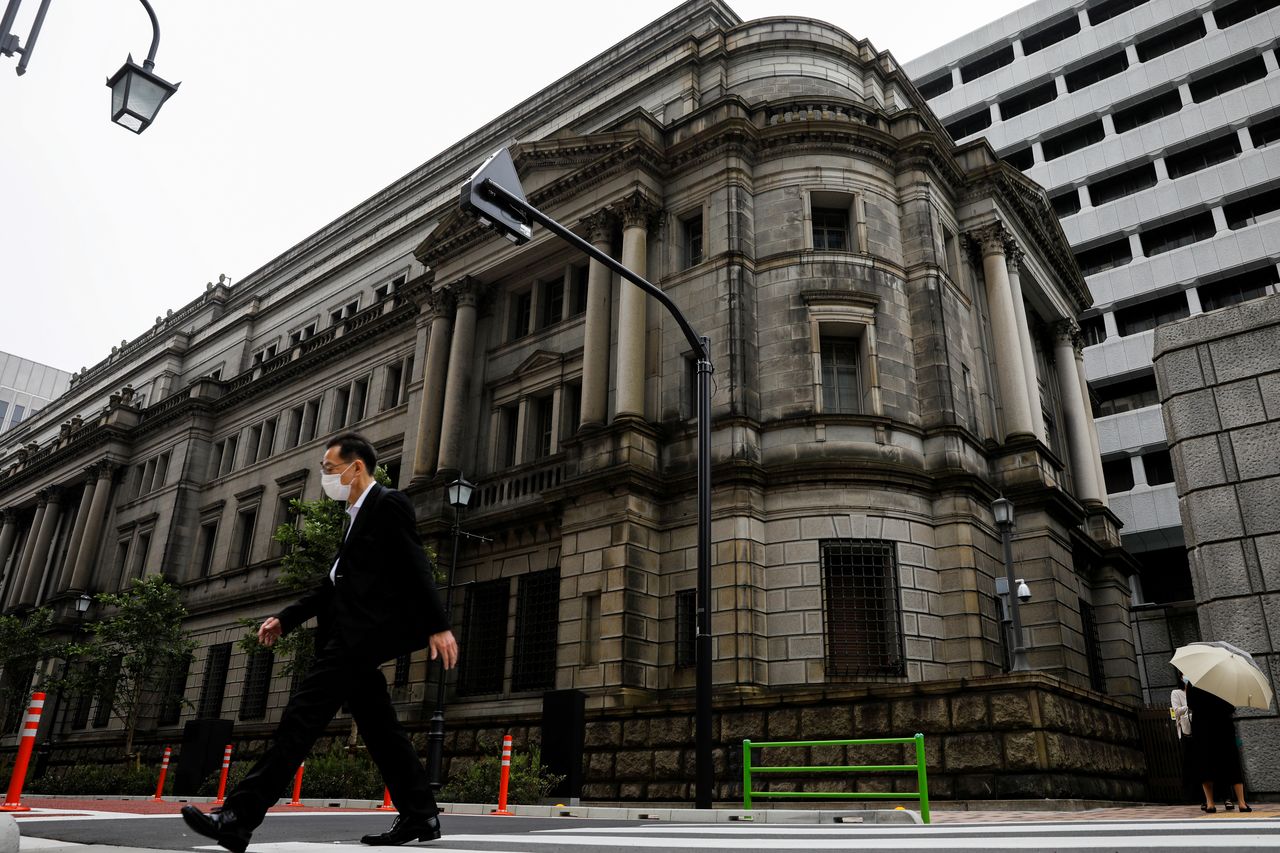 TOKYO (Reuters) - Bank of Japan policymakers discussed the merits of allowing long-term yields to move more flexibly around the bank’s target, a summary of opinions at their January meeting showed, a sign the idea will be a key element of its policy review in March.

As the coronavirus pandemic forces it to maintain a massive stimulus programme for a prolonged period, the BOJ plans to announce in March ways to make its tools more sustainable.

“With our monetary easing steps to be prolonged, allowing the 10-year government bond yield to move upward and downward to some extent ... will contribute to financial system stability,” said one member, according to the summary released on Friday.

Allowing 10-year yields to move more widely likely won’t hurt the economy much, because most money raised by households and companies aren’t directly affected by long-term rate moves, another opinion quoted in the summary showed.

The comments are the strongest hints to date that the BOJ will allow long-term rates to deviate further from its 0% target in its March policy review.

“It’s crucial for the BOJ to conduct yield curve control and purchases of assets such as exchange-traded funds (ETF) more flexibly,” another opinion showed, suggesting the March review will also result in some tweaks to its huge ETF purchases.

The BOJ announced on Friday its bond-buying plan for February that signalled its readiness to scale back buying for shorter-dated government bonds.

Under yield curve control (YCC), the BOJ guides short-term rates at -0.1% and 10-year bond yields around 0% through huge bond purchases. It also pledges to buy ETFs by up to 12 trillion yen ($115 billion) per year as part of its stimulus programme.

The measures have recently drawn criticism for drying up market liquidity and distorting pricing, forcing the BOJ to unveil in December a plan to examine ways to make its tools more “flexible and effective.”

Former BOJ board member Sayuri Shirai expects the BOJ to allow 10-year yields to fluctuate at a wider range than the current implicit band of 40 basis points around its 0% target. She also expects the central bank will drop its pledge to buy ETFs at the current annual pace of 6 trillion yen.

“The only thing the BOJ can do is to ensure it can maintain the current policy as long as possible, such as by allowing interest rates to move more flexibly around its target.”