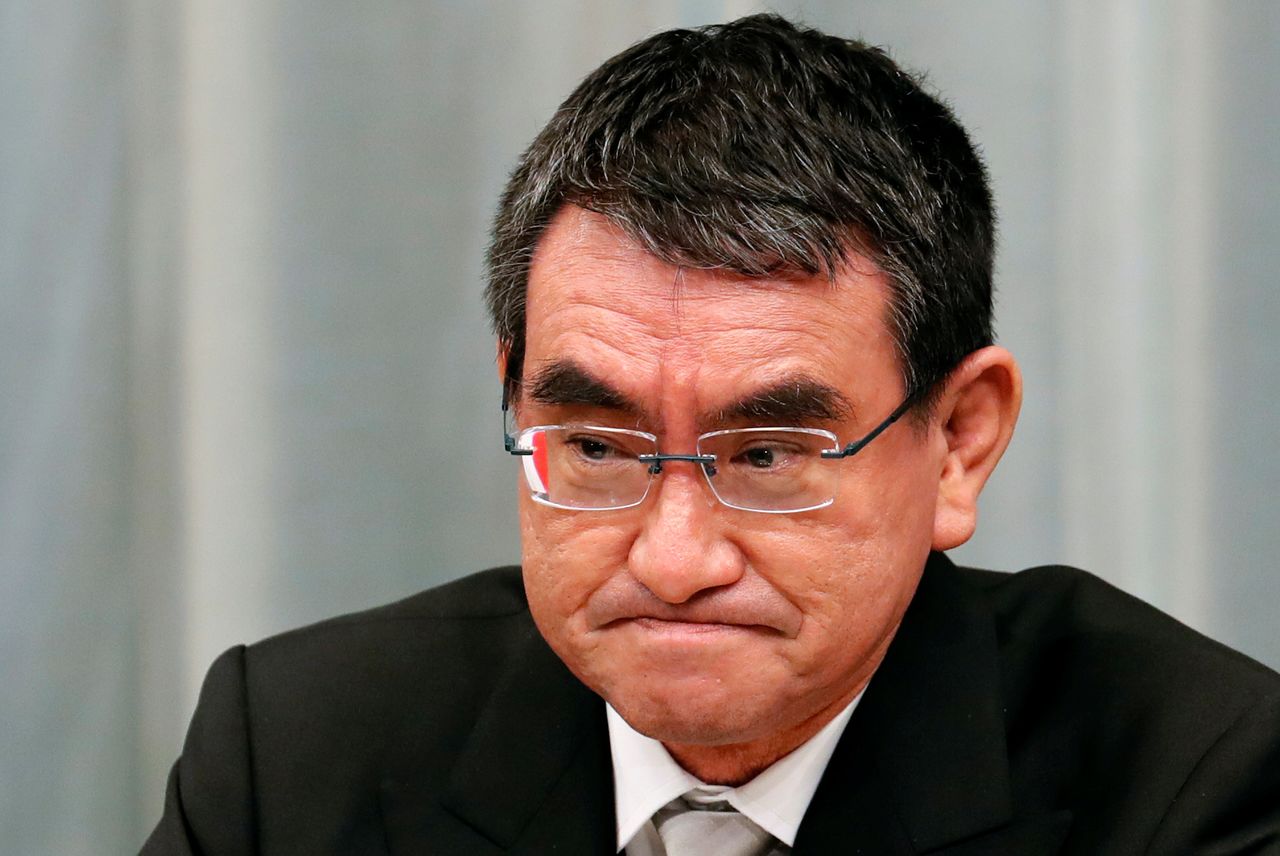 TOKYO (Reuters) - Japan’s vaccine rollout chief said on Friday that growing nationalism over supplies of COVID-19 shots could lead to retaliation and disruptions to global supplies.

Taro Kono said he was concerned about a European Union announcement that it may block exports of vaccines produced there until sufficient supplies are provided to the European people.

“It is understandable to put their own people first,” Kono said during an online panel hosted by the World Economic Forum. “But we are living on the same planet, and the supply chain now goes global.”

“It is time for the leaders of the states to sit down and have an online conversation” to address the issue, he added.

Japan is trailing most major economies in starting COVID-19 inoculations due to its dependence on overseas makers and a requirement that the vaccines go through domestic trials. The government plans to begin its vaccine push in late February using imported doses of Pfizer Inc’s formula.

AstraZeneca Plc will file for Japanese approval of its COVID-19 vaccine as early as mid-February, the Yomiuri newspaper reported, making it the second vaccine maker to seek approval in Japan after Pfizer.

It aims to license Japanese biotechnology company JCR Pharmaceutical to produce some 90 million doses of its vaccine in Japan to help the country avoid shortages and delays, the Nikkei reported separately.