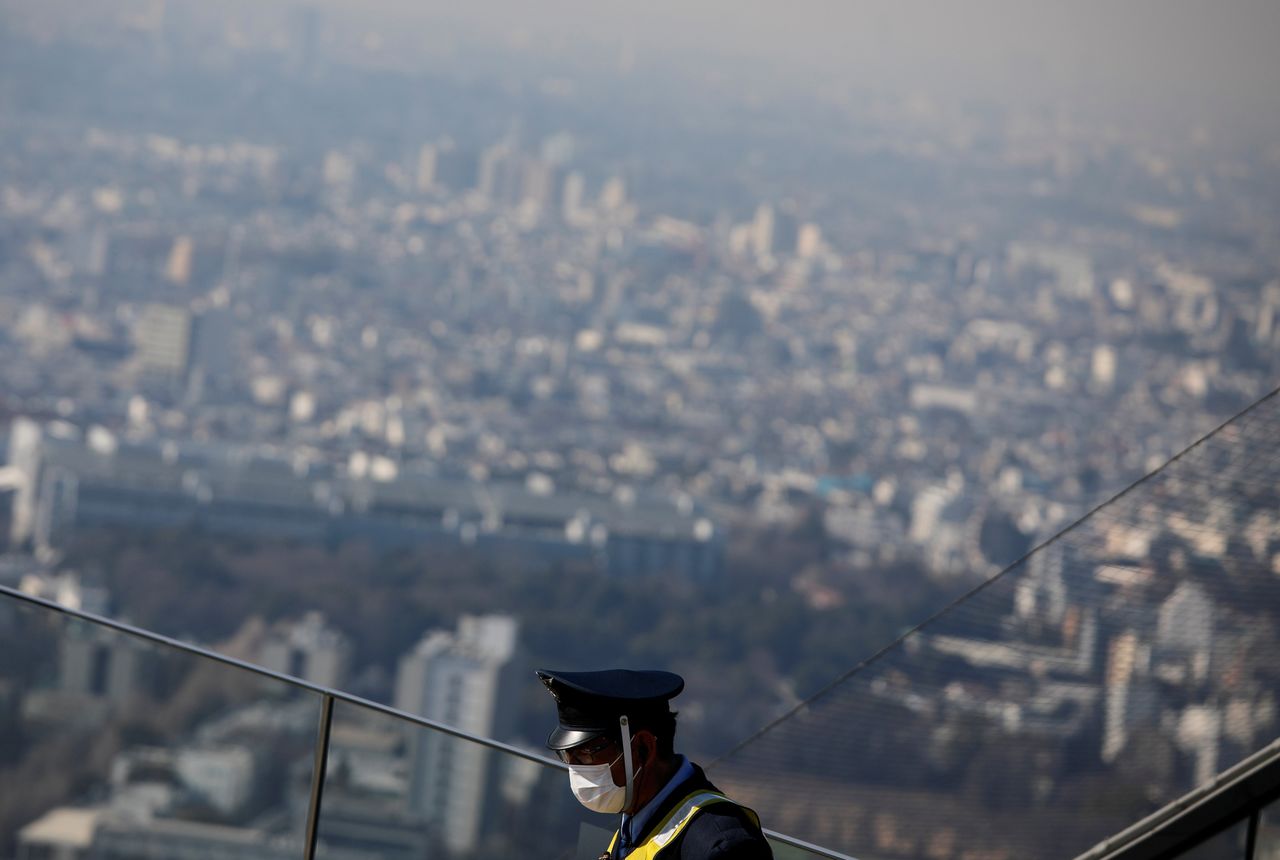 TOKYO (Reuters) - Japan is expected to extend a state of emergency on Tuesday to fight the spread of COVID-19 for Tokyo and other areas, three sources with knowledge of the legal procedures said on Monday.

Last month the government declared a one-month state of emergency, due to end on Sunday, Feb. 7, for 11 areas https://graphics.reuters.com/HEALTH-CORONAVIRUS/JAPAN/jznvnmgkxpl/index.html, including Tokyo and its neighbouring prefectures, as part of measures to rein in the pandemic.

The government will decide on extending the state of emergency after a meeting of its experts panel on Tuesday, with the emergency period in prefectures including the Tokyo area expected to run for another month, the sources said.

Public broadcaster NHK later reported that the government had decided to extend the state of emergency for 10 prefectures including Tokyo until March 7, but would lift it in one less populated area, Tochigi Prefecture, which has seen a decline in cases.

Suga has launched a raft of measures to contain a third wave of infections as his government remains determined that the Olympics go ahead as planned on July 23.

But public support for his administration has weakened amid unhappiness with its handling of the coronavirus pandemic, which critics have called too slow and inconsistent.

A Nikkei newspaper poll showed 90% of respondents favoured extending the emergency period in areas where it is implemented.

Separately, the lower house on Monday passed a revision to the coronavirus special measures law that the upper house is expected to approve on Wednesday, domestic media said. The revision would toughen regulations and allow authorities to levy fines on those who break the law.