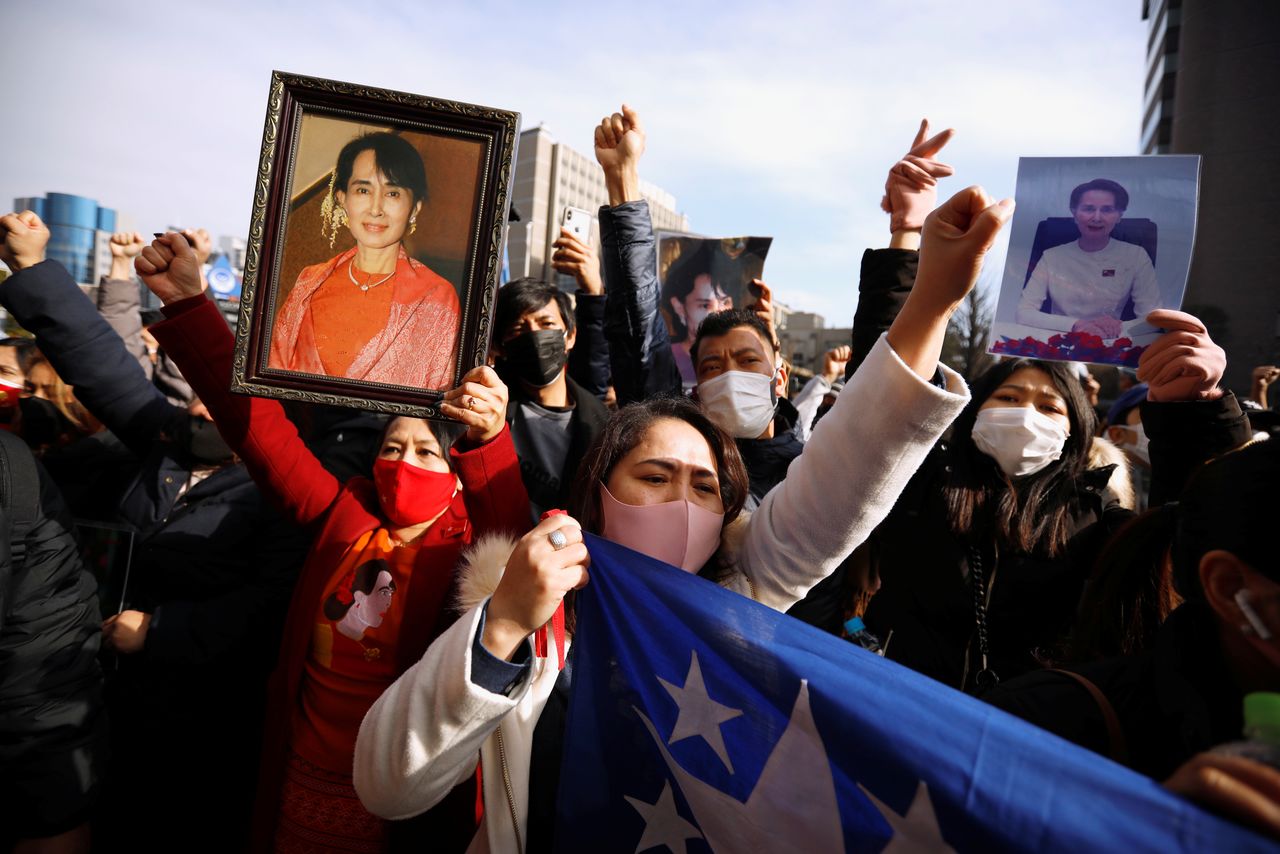 By Elaine Lies and Eimi Yamamitsu

TOKYO (Reuters) - Japan called on Myanmar on Monday to release Aung San Suu Kyi and others arrested after the military seized power from a democratically elected government, adding it had long supported democracy in the nation and demanded it be promptly restored.

Japan and Myanmar have close ties, with Tokyo a major aid donor over the years and scores of firms engaged in business activities there.

Myanmar’s army declared a state of emergency on Monday and said it had detained senior government leaders, accusing Suu Kyi’s National League for Democracy (NLD) of winning a landslide victory in the Nov.8 vote through “election fraud”.

“We are concerned about the state of emergency issued in Myanmar, which damages the democratic process, and call for the release of Aung San Suu Kyi and others who were detained,” chief cabinet secretary Katsunobu Kato told a news conference.

“The Japanese government has long been a strong supporter of the democratic process in Myanmar, and opposes any situation that reverses it,” he added.

“Our nation strongly calls on the military to promptly restore democracy.”

As part of efforts to contain the growing influence of China in the South China Sea and Indian Ocean, Japan has been focusing on “capacity building support” with ASEAN (Association of Southeast Asian Nations) countries in its security strategy over recent years.

This has included strengthening relations between defense authorities with the Myanmar military as well. But Japan may now be forced to rethink this, said a ruling party lawmaker familiar with Japanese defense policy, declining to be named due to the sensitivity of the issue.

There are an estimated 3,500 Japanese in Myanmar, but because of the coronavirus pandemic, Tokyo had been advising citizens to put off travel there, said a Foreign Ministry official, who asked to remain unidentified, adding there are no current plans to stiffen that advisory.

The official also said there are no plans as yet to repatriate Japanese citizens in the country but added they would be keeping a close eye on the situation.

Kato emphasized that the government would do everything in its power to ensure the safety of Japanese nationals.

“At this point there are no reports of any clashes, but we’ll update information and take measures as needed,” he told an earlier news conference.

“Japan believes it is important for the parties to solve problems peacefully through dialogue in accordance with the democratic process,” he added.

The Japanese embassy in Myanmar, in a message posted on the Foreign Ministry’s website, said while the situation in the country at this point did not appear to be one that would involve ordinary people, people should exercise caution.

“We encourage people to stay inside and refrain from going out unless absolutely essential,” it added.

Hundreds of Burmese and Japanese protesters gathered in downtown Tokyo, wearing masks and holding portraits of Aung San Suu Kyi, to demand that the United Nations further condemn the detention of the country’s leaders.

“I’m worried (about my family),” said Tin Htway, a 22-year-old Burmese restaurant worker who attended the protest. “But more than them I’m worried about Aung San Suu Kyi.”