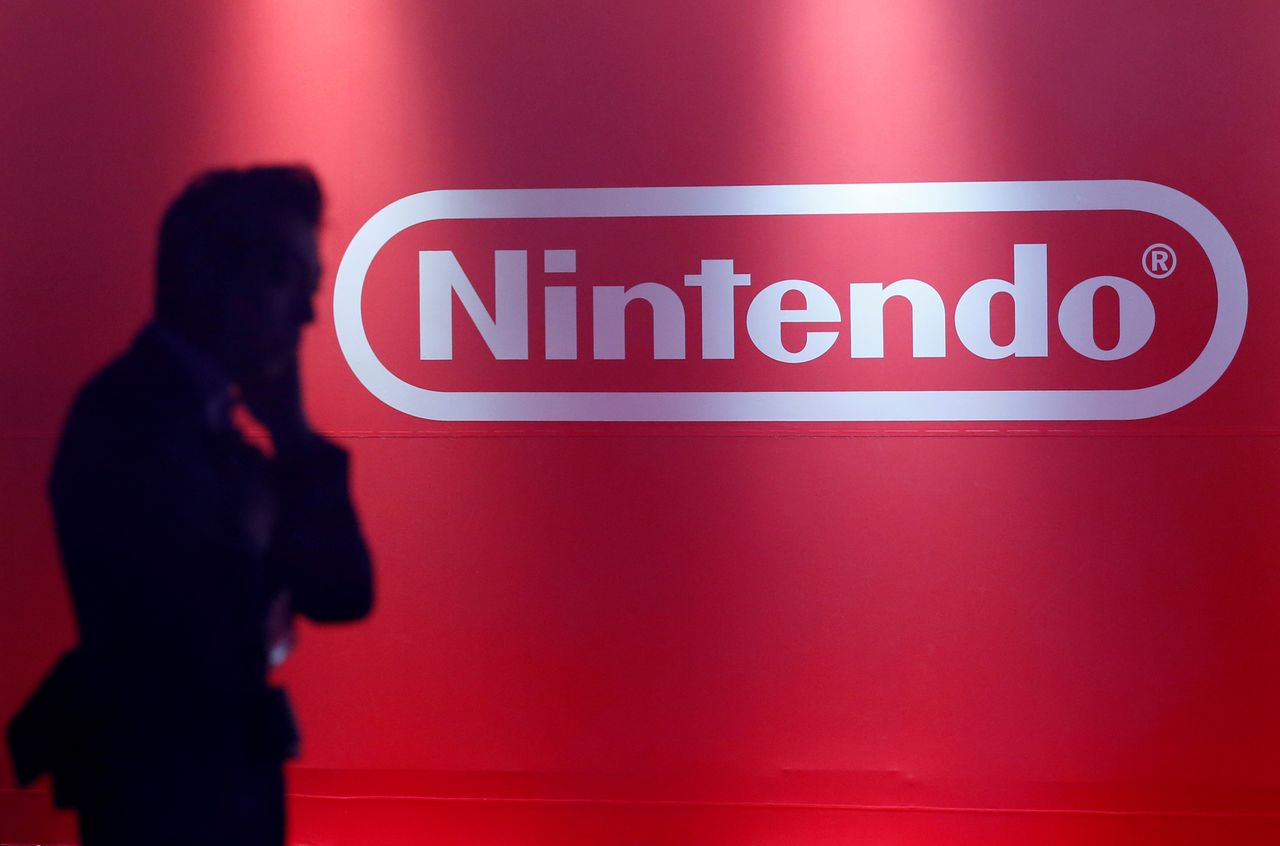 FILE PHOTO: A man stands in front of Nintendo’s logo at the presentation ceremony of its new game console Switch in Tokyo, Japan January 13, 2017. REUTERS/Kim Kyung-Hoon

TOKYO (Reuters) - Japan’s Nintendo Co Ltd on Monday hiked its full-year forecast for Switch games console sales to 26.5 million from 24 million previously after a bumper end to 2020, buoyed by a home entertainment boom amid the COVID-19 pandemic.

Investors are weighing how far Nintendo can retain its momentum this year after its pipeline was padded in final months of 2020 with remastered titles from franchises like Super Mario and Pikmin.

Nintendo President Shuntaro Furukawa pointed to upcoming titles like ‘Super Mario 3D World’ and ‘Monster Hunter Rise’ as boosters for Switch sales, and said there was no plan to launch new hardware in the near term.

“In the video gaming business, Nintendo is the clear corona winner,” Toto added, referring to business during the global coronavirus outbreaks.

Both Sony Corp and Microsoft Corp have launched next-generation devices, but are struggling to meet overwhelming demand amid supply chain disruption due to the pandemic.

Nintendo’s conservative guidance is an ongoing bugbear for analysts and investors. Operating profit in the nine months ended December was 521 billion yen ($4.98 billion), doubling from 263 billion yen a year earlier.

“With each passing quarter and with every increase in stock price, the downside from cyclical peak is also increasing,” Jefferies analyst Atul Goyal, who has a price target of 72,800 yen, wrote in a note ahead of earnings.