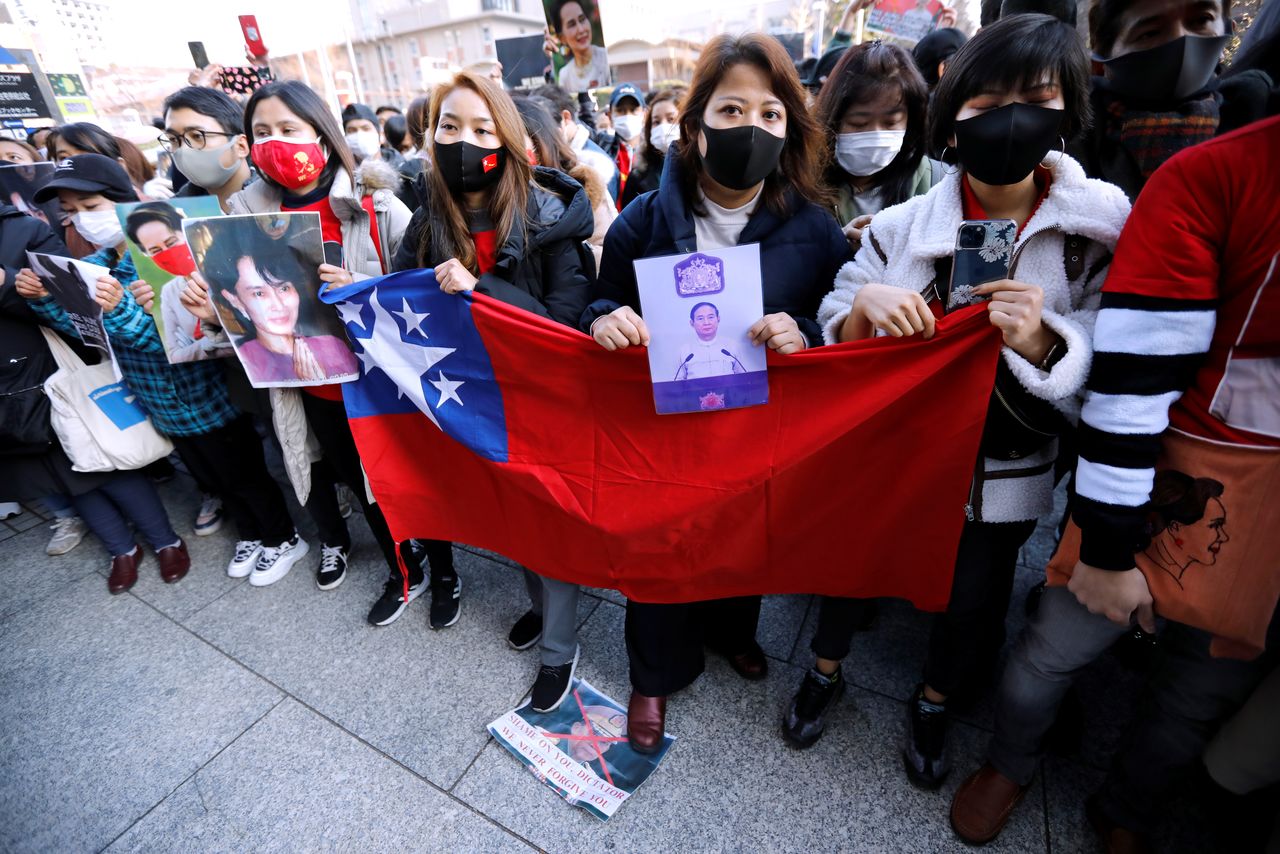 TOKYO (Reuters) - Hundreds of Burmese protesters holding portraits of Aung San Suu Kyi gathered in Tokyo on Monday to protest against the detention of the country’s leaders earlier in the day in a sudden military coup.

The demonstrators, wearing face masks and carrying flags, stood outside the United Nations University in downtown Tokyo and called on the international body to further condemn the Myanmar military’s actions.

“I’m worried (about my family), but more than them I’m worried about Aung San Suu Kyi,” said Tin Htway, a 22-year-old Burmese restaurant worker who attended the protest.

Than Swe, president of the Union of Myanmar Citizen Association, said he wanted Suu Kyi and all of the other democratically elected leaders to be released immediately.

“The military needs to acknowledge the results of the 2020 (election) and stop what they are doing right now,” the 58-year-old said.

One of the protest organisers said nearly 800 people attended the demonstration on Monday.

The National League for Democracy (NLD) Party said on Monday its leader Suu Kyi called on the public not to accept a coup by the military and urged them to protest.

“The actions of the military are actions to put the country back under a dictatorship,” the NLD said in a statement which carried Suu Kyi’s name. “I urge people not to accept this, to respond and wholeheartedly to protest against the coup by the military.”

Japan and Myanmar have long had close ties, with Tokyo a major aid donor over the years and scores of firms engaged in business activities there.

Around 33,000 Burmese were living in Japan as of June last year, with almost half of them on “technical trainee” visas, which allow them to work in Japan.

The Japanese government called on Myanmar on Monday to release leaders arrested after the military seized power, adding that it had long supported democracy in the nation and demanded it be promptly restored.