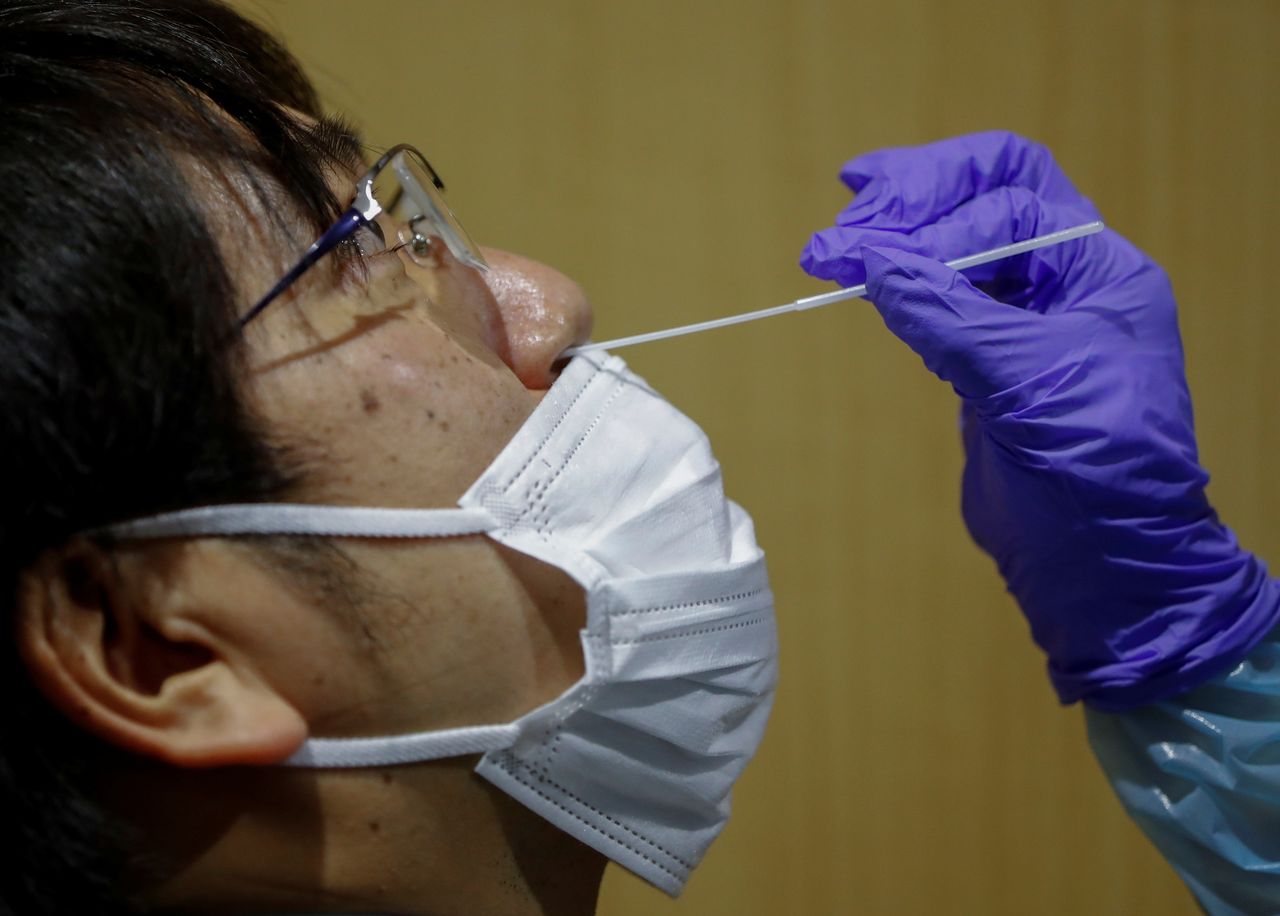 FILE PHOTO: A man receives a simulation for a polymerase chain reaction (PCR) test at newly-opened Narita International Airport PCR Center operated by Nippon Medical School Foundation, a coronavirus disease (COVID-19) testing facility aimed at outbound travelers who need proof that they do not have the virus before arriving at their destination, at Narita International Airport in Narita, east of Tokyo, Japan November 2, 2020. REUTERS/Issei Kato

TOKYO (Reuters) - Japan needs to link up private COVID-19 testing with public databases to get a firmer grip on the extent of the pandemic, health experts said on Tuesday, a recommendation that comes as the government prepares to extend the country’s state of emergency.

Japan has not adopted the widespread testing efforts seen in many other countries, focusing instead on breaking up clusters. But amid a third and more deadly wave of infections, doctors and health officials have increasingly criticised the current regime as insufficient to find and track infections.

Residents are also seeking alternatives and the number of self-paid polymerase chain reaction (PCR) tests at private clinics has surged.

The recommendation, which was included in a report published by the health ministry, called for the government to vet testing companies and merge their figures with those compiled by public clinics.

“The PCR positivity rate cannot be accurately ascertained, which hinders the assessment of infection situation,” the report said.

Over the course of the pandemic, Japan has performed about 50 COVID-19 tests per 1,000 people, compared with 100 in South Korea or 900 in the United States, according to the Our World in Data website which is run by an Oxford University research programme.

The capital reported 556 new coronavirus cases on Tuesday, far less than daily numbers of around 2,000 seen in early January. But with medical services still under strain, Prime Minister Yoshihide Suga is expected to extend the state of emergency for another month for Tokyo and several other regions.