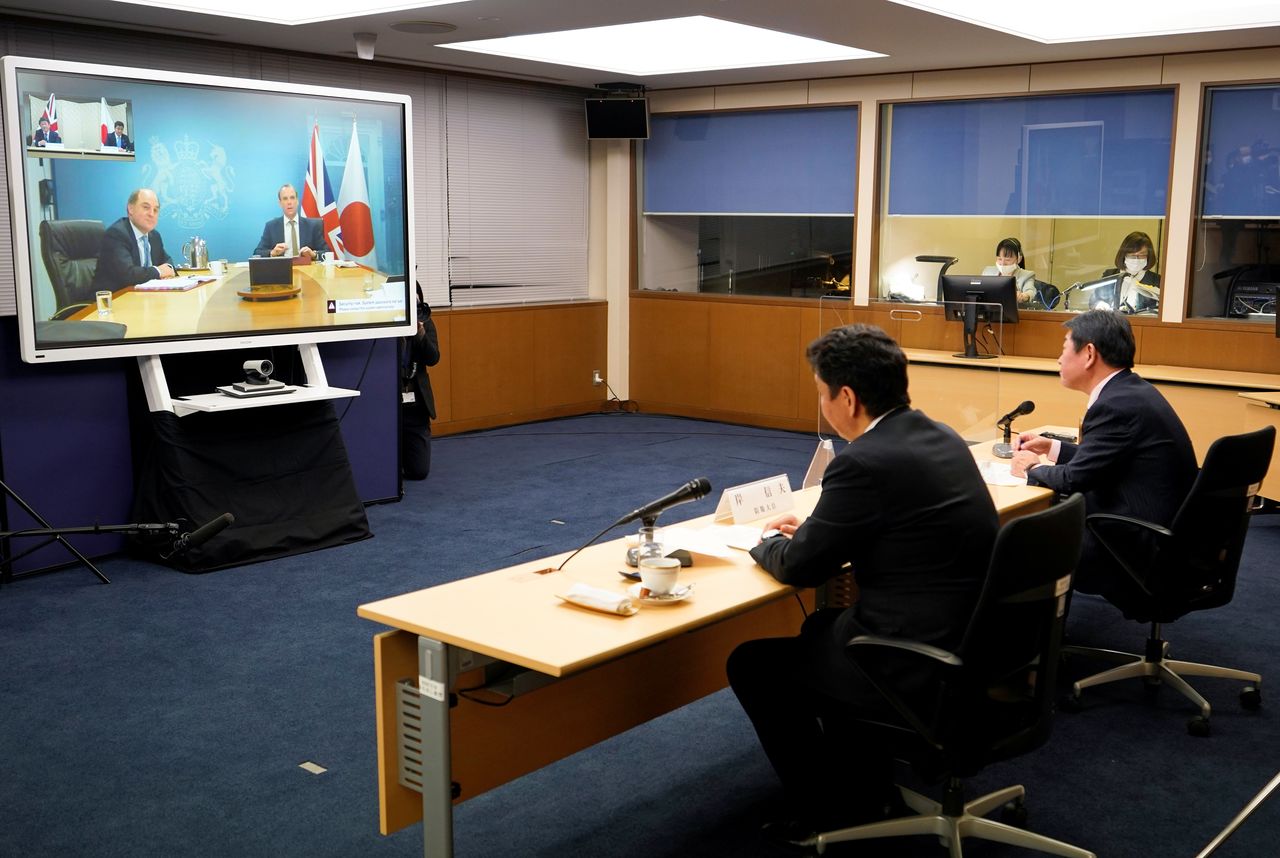 TOKYO (Reuters) - Four ministers from Japan and Britain voiced serious concern on Wednesday about the situation in the East and South China seas and opposed any unilateral attempts to change the status quo, in a apparent reference to China’s maritime expansion.

The joint statement was issued after an online meeting of Foreign Minister Toshimitsu Motegi and Defence Minister Nobuo Kishi of Japan, and their respective British counterparts Dominic Raab and Ben Wallace.

“The four ministers reaffirmed the importance of upholding freedom of navigation and overflight above the South China Sea and urged all parties to exercise self-restraint and refrain from activities likely to raise tensions,” the statement said.

China claims almost all the energy-rich waters of the South China Sea, where it has established military outposts on artificial islands. Brunei, Malaysia, the Philippines, Taiwan and Vietnam also have claims to parts of the sea.

In the East China Sea, China claims a group of uninhabited Japan-controlled islets, called the Senkaku in Japan and Diaoyu in China. The issue has plagued bilateral relations for years.

The joint statement was issued after an online meeting of the four ministers.