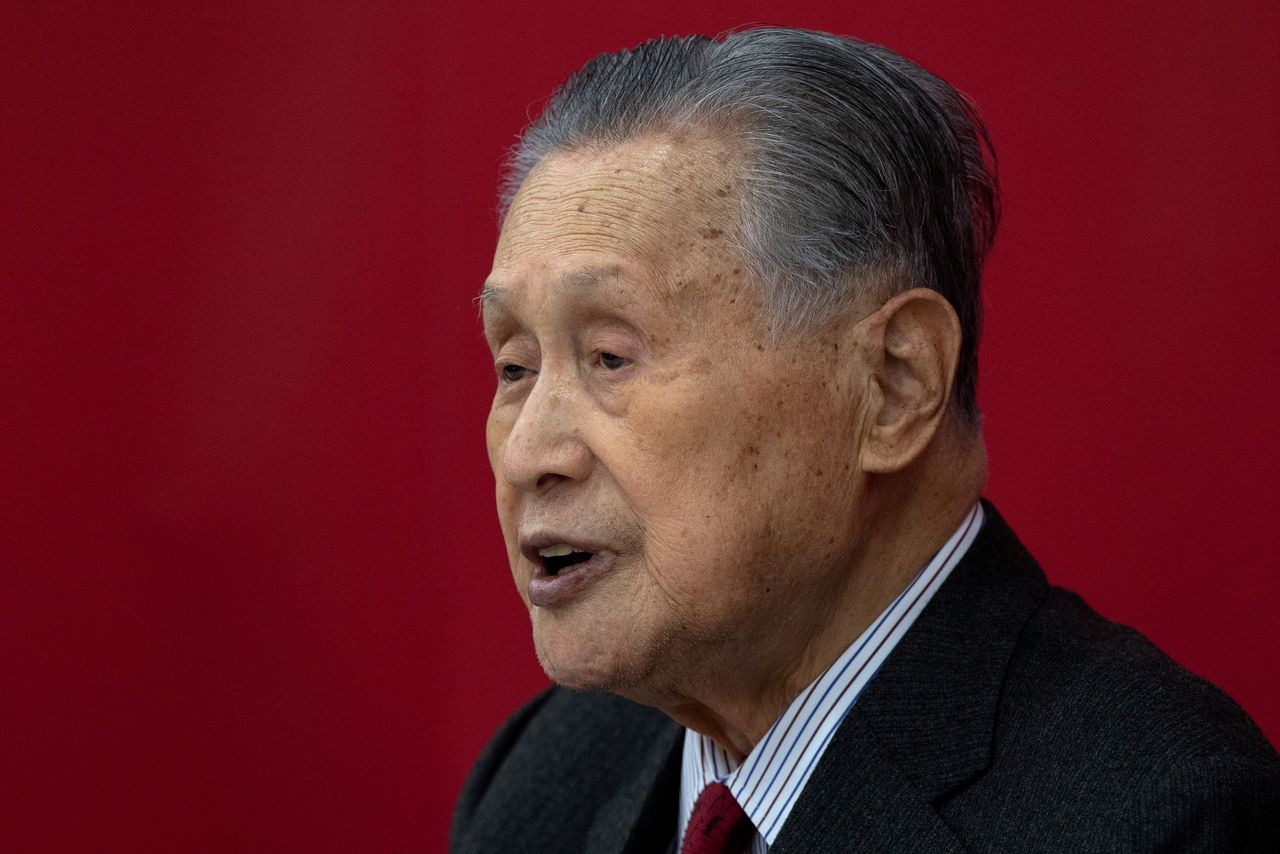 TOKYO (Reuters) - Tokyo Olympics chief Yoshiro Mori apologised on Thursday for sexist comments about women talking too much, but said he would not resign, as his remarks sparked a storm of criticism on social media and risked tainting public opinion of the Games.

Mori, 83, apologised at a hastily called news conference, but when pressed on whether he really thought women talked too much, he said: “I don’t listen to women that much lately so I don’t know”.

The hashtag “Mori, please resign” was trending on Twitter in Japan on Thursday and some users on the platform were calling on sponsors to pressure the Tokyo organising committee into dropping Mori from the top post.

Mori, whose term as prime minister was marked by a string of gaffes and blunders, made the comments at a Japanese Olympic Committee (JOC) board of trustees meeting this week.

“If we increase the number of female board members, we have to make sure their speaking time is restricted somewhat, they have difficulty finishing, which is annoying,” said Mori, according to local media.

“We have about seven women at the organising committee but everyone understands their place.”

The JOC decided in 2019 to aim for more than 40 percent female members on the board, but there are just five women among its 24 members.

Mori acknowledged that his comments were “inappropriate” and against the Olympic spirit.

“I feel deep remorse and I would like to retract my remarks,” he told reporters.

Asked about Mori’s remarks in parliament, Prime Minister Yoshihide Suga said the comments should not have been made.

The 2020 Tokyo Olympics board would have to decide on any resignation by Mori, Olympics minister Seiko Hashimoto said on Thursday, adding that Tokyo 2020 had sent an apology to the International Olympic Committee (IOC) over Mori’s remarks.

Mori has apologised and the IOC considers the matter “closed,” a spokesperson at IOC said in an emailed statement to Reuters.

Japan persistently trails its peers in promoting gender equality, ranking 121 out of 153 nations surveyed in the 2020 global gender gap report of the World Economic Forum.

Mori is becoming Tokyo’s latest liability in hosting the Olympics, critics say, complicating an event that has already been delayed once due to the global pandemic.

Nearly 80 percent of the Japanese public are opposed to holding the Summer Games as scheduled this year due to concerns about the coronavirus, recent polls show.

“It’s easy to see that his apology is a begrudging one that he had no choice but to make because he was under fire,” said public relations consultant Keiko Ishikawa. “I think everyone can see that his remorse isn’t apparent. It didn’t really look like an apology at all.”

Yoko Shida, a professor of constitutional law at Musashino Art University, said Mori’s comments ran counter to the ethos of the IOC and was unlikely to assuage public concerns about the Games.

“This would normally warrant a resignation,” Shida said.

“Given his position, it was quite unfortunate - and the fact that it was sent out to the world, it wasn’t just an individual point of view but suggested to the world that Japanese may still think this way,” she said ahead of Mori’s briefing on Thursday.

Ordinary Japanese said they were taken aback by Mori’s remarks.

“At the end of the day, you can see from those comments that it’s a man’s world,” Kyoko Kayashima, a 68-year old woman said. “I just thought it was disappointing.”

Renho, a prominent opposition lawmaker, said in a tweet that Mori’s remarks were “shameful”.

Nearing the end of the briefing, Mori cut off questions.

Asked whether he still considered himself qualified to run the Tokyo Olympics committee, Mori replied: “What do you think?”