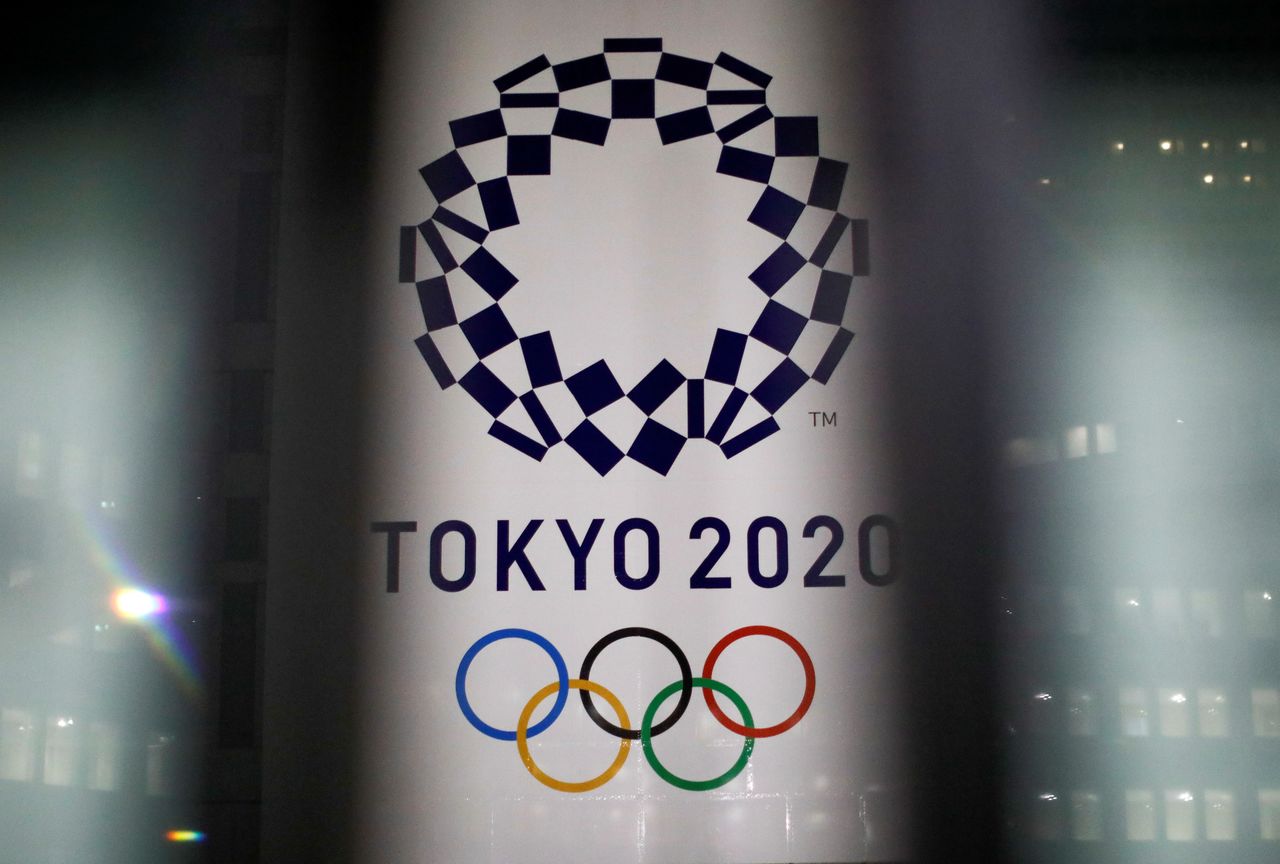 FILE PHOTO: The logo of Tokyo 2020 Olympic Games that have been postponed to 2021 due to the coronavirus disease (COVID-19) outbreak, is seen through signboards, at Tokyo Metropolitan Government Office building in Tokyo, Japan January 22, 2021. REUTERS/Issei Kato

By Shrivathsa Sridhar and Hardik Vyas

(Reuters) - With Olympics officials reiterating their commitment to holding the Tokyo Games this year despite the COVID-19 pandemic, several sports will soon resume qualifying for athletes with less than six months to go.

The pandemic decimated Olympic qualifying across sporting disciplines last year, with numerous competitions postponed or cancelled before the Games itself was pushed back a year.

As things stand, 61% of athlete quota places have already been allocated to National Olympic Committees for the July 23-Aug. 8 Games, with another 25% to be determined by June 29.

The remaining 14%, in sports including swimming, tennis, badminton and golf, will be decided according to their respective ranking systems, the International Olympic Committee (IOC) said last week.

Olympic officials unveiled their first Games guidelines on Wednesday, including mandatory mask-wearing, a ban on chants during events and another on the use of public transport.

So far, only five Olympic disciplines have completed the qualification process for Tokyo -- road and track cycling, equestrian, hockey, volleyball and climbing.

Track and field athletes have until June 29 to secure qualification through World Athletics’ rankings pathway, which will be based on the average of an athlete’s top five results, with performances weighted according to the status of the meet.

The top 10 finishers in marathon events at the 2019 Doha world championships and each of the marathon majors held up to April 5, 2020, have already qualified for the Games.

Triathlon hopefuls, however, are in limbo because standings have been frozen since March. The World Triathlon Executive Board said on Friday that it would not restart qualifying until May 1, and would only take a final decision next month.

Modern pentathlon has had to contend with political unrest in Belarus apart from the pandemic, with world championship organisers forced to move the June 7-13 event to Cairo from Minsk due to safety concerns.

In handball, the top two teams at tournaments in Norway, France and Germany from March 12-14 will complete the men’s lineup, while the two best women’s teams from events in Spain, Hungary and Montenegro (March 19-21) will also head to Tokyo.

The two-legged women’s soccer qualifying playoff between China and South Korea - which will determine Asia’s last entry - is now set for April after initially being scheduled for this month, marking the fourth time the tie has been postponed.

The artistic swimming qualification event due to be held in Tokyo in March as a test event for the Games has also been pushed to May because of novel coronavirus restrictions in Japan.