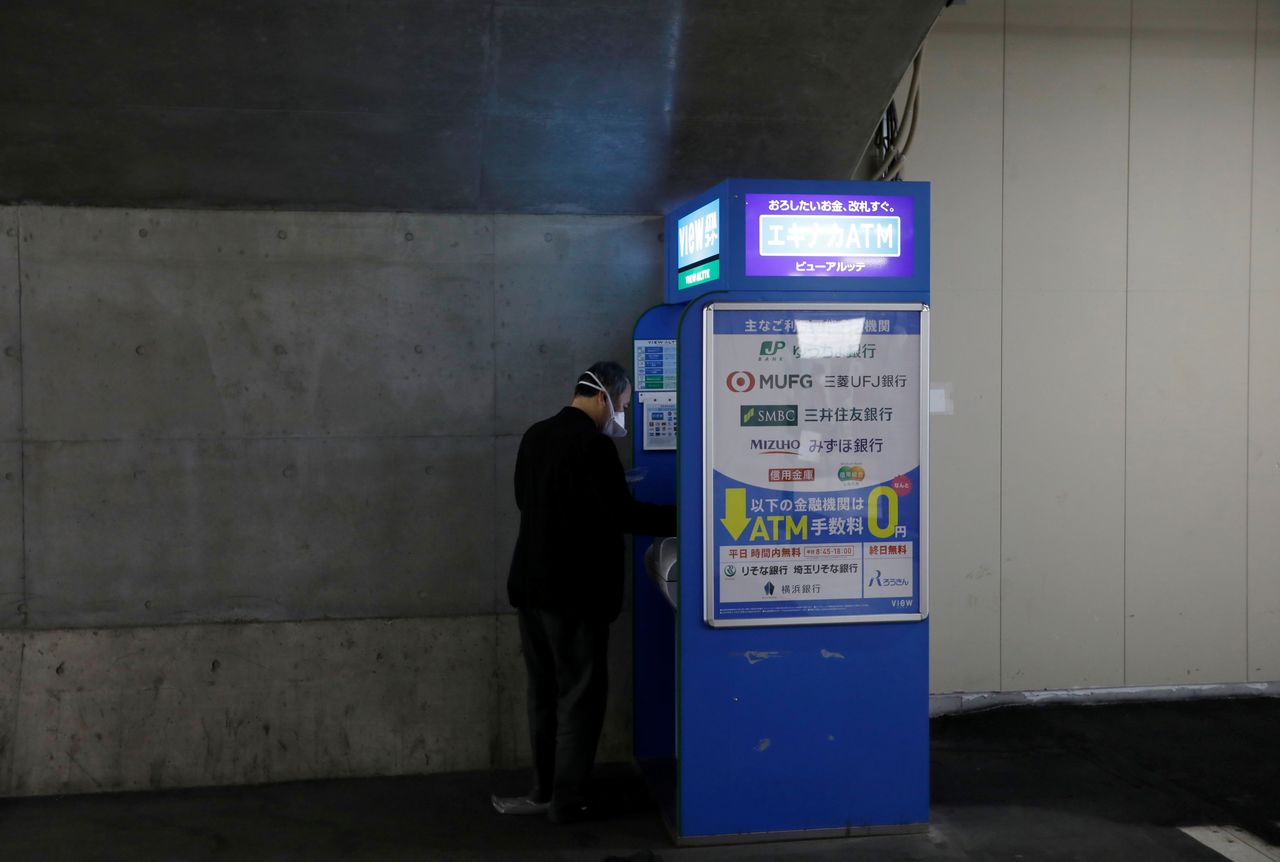 TOKYO (Reuters) - Japanese bank deposits surged at a record annual pace in January, data showed on Monday, a sign companies and households were continuing to hoard cash to guard against the prolonged damage from the coronavirus pandemic.

Total deposits at commercial banks rose a record 9.8% in January from a year earlier to hit 806.2 trillion yen ($7.6 trillion), accelerating from a 9.3% gain in December, according to data released by the Bank of Japan.

Companies were piling up money from subsidies and loans they took up as a precaution against the health crisis, while households were holding back on spending due to the third wave of infections, a BOJ official told reporters.

The pace of growth in bank lending slowed, however, as big borrowers have already amassed precautionary loans to weather the hit from the pandemic.

Outstanding loans held by Japan’s four main categories of banks, including “shinkin” or credit unions, rose 6.1% in January from a year earlier to hit a record 578.1 trillion yen, the data showed.

“Some small- and medium-sized firms are borrowing more but there doesn’t appear to be a huge increase in requests for additional loans. Demand for spending on capital expenditure also remains weak,” the official said.

The BOJ eased monetary policy twice last year to cushion the economic blow from COVID-19, including by creating a new lending facility aimed at channeling funds to cash-strapped firms via financial institutions.

While lending by cash-strapped firms has peaked, the government’s decision to impose new state of emergency curbs from January to prevent the spread of the virus has clouded the outlook for the world’s third-largest economy.