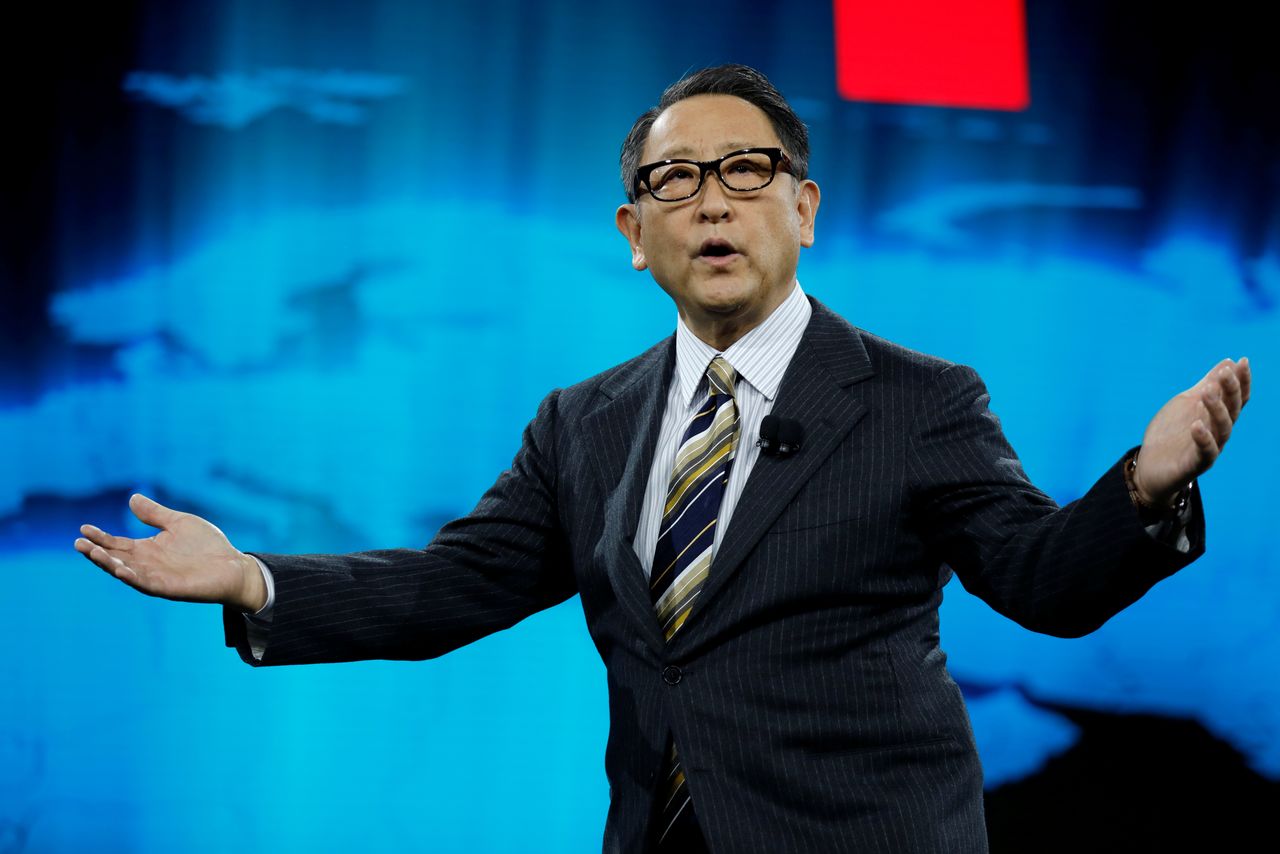 FILE PHOTO: Akio Toyoda, president of Toyota Motor Corporation, speaks at a news conference, where he announced Toyota’s plans to build a prototype city of the future on a 175-acre site at the base of Mt. Fuji in Japan, during the 2020 CES in Las Vegas, Nevada, U.S. January 6, 2020. REUTERS/Steve Marcus

TOKYO (Reuters) - Toyota Motor Corp’s President Akio Toyoda said on Wednesday his company was disappointed by recent comments from Tokyo 2020 Olympics President Yoshiro Mori that were contrary to the values that the Japanese automaker supports.

Toyota became a top level Olympic partner because it shared the values with “the spirit of the Olympic and Paralympic Games, which through sports aim to create a peaceful and an inclusive society without discrimination in which anyone can participate,” Toyoda said.

“We are disappointed by the recent comments from the President of TOCOG, which are contrary to the values that Toyota respects and supports,” he said.

The comment was read out by an executive at the company’s earnings briefing and came after Mori incited anger at home and abroad with remarks last week that women talk too much, causing meetings to drag on.

The executive, Operating Officer Jun Nagata, said the company issued Toyoda’s message on Wednesday because it concluded it should not keep silent.

Toyota is a worldwide Olympic sponsor.

Other Olympic sponsors have also expressed their views, with Asahi Holdings saying they believed Mori’s comments were “disappointing and inappropriate considering the spirit of gender equality espoused” by the Games. An Eneos executive said on Wednesday the company “deplored the sexist remarks from a viewpoint of respect for human rights.”