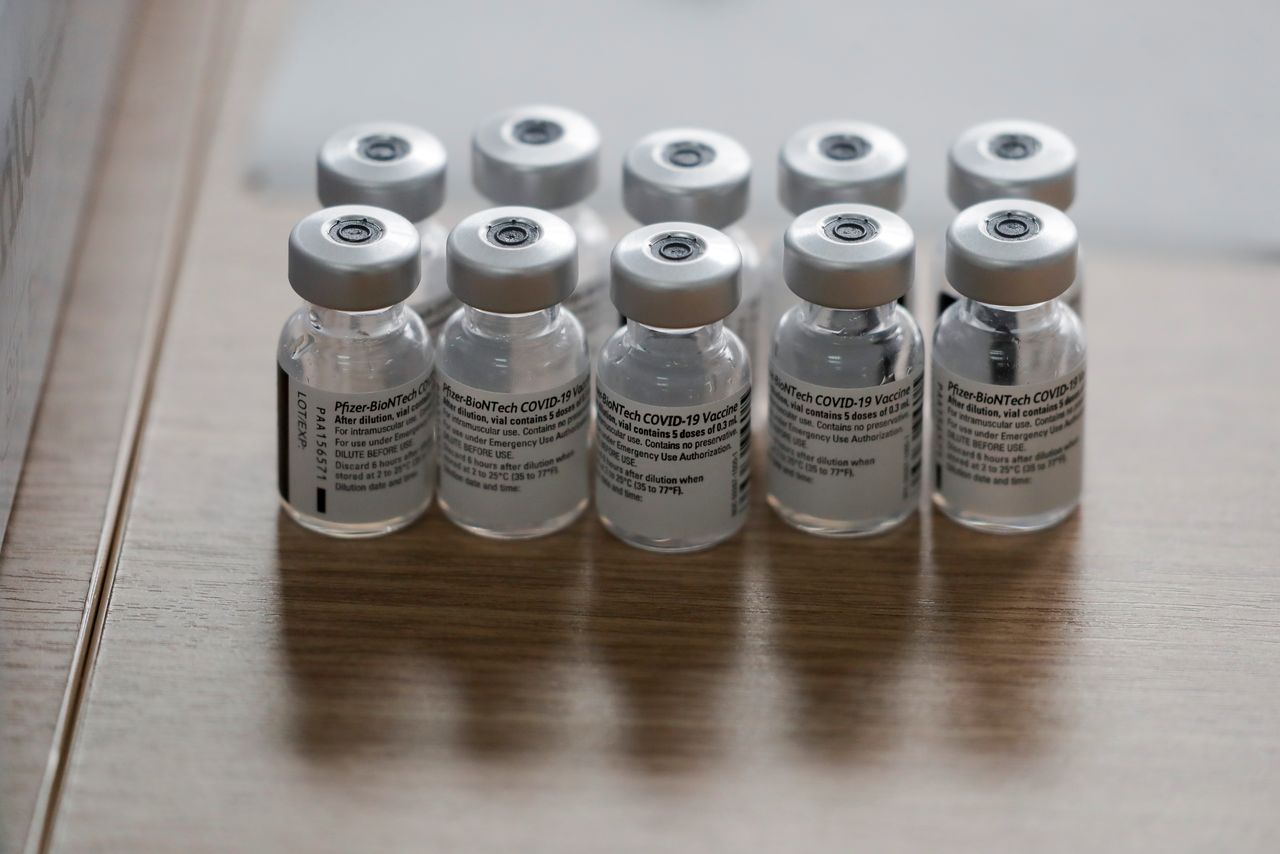 Vials of the Pfizer-BioNTech vaccine against the coronavirus disease (COVID-19) are seen during a mass vaccination rollout in Ronda, Spain February 11, 2021. REUTERS/Jon Nazca

TOKYO (Reuters) - Japan’s first batch of COVID-19 vaccine arrived on Friday, local media reported, with official approval for the Pfizer Inc shots expected soon as the country races to control a third wave of infections ahead of the Olympic Games.

A government health panel is due to deliberate on the vaccine later on Friday. Kyodo News reported that approval would come on Sunday.

Prime Minister Yoshihide Suga has said vaccinations would begin from the middle of next week, starting with some 10,000 health workers. The government hopes to secure enough supplies for the whole populace by mid-year.

About 400,000 doses arrived at Narita International Airport, near Tokyo, on Friday morning aboard a flight from Brussels, Kyodo reported.

There had been concern that the European Union could block exports of the shots, prompting Japan’s vaccine chief to warn against growing nationalism over supplies.

The European Commission said on Thursday it has so far approved all requests for the export of COVID-19 vaccines, including to Japan, after setting up a mechanism to monitor vaccine flows on Jan. 30.

Japan has arranged to buy 144 million doses of the vaccine made by the U.S. drugmaker and German partner BioNTech, enough to inoculate 72 million people. It also has deals for vaccines developed by AstraZeneca Plc, Moderna Inc and Novavax Inc.

So far only Pfizer and AstraZeneca have submitted applications for approval.

Most of Japan is still under a state of emergency after its third and most deadly wave of the virus hit late last year. Cases and fatalities have trended lower in the past couple of weeks and Tokyo logged just over 300 cases on Friday.