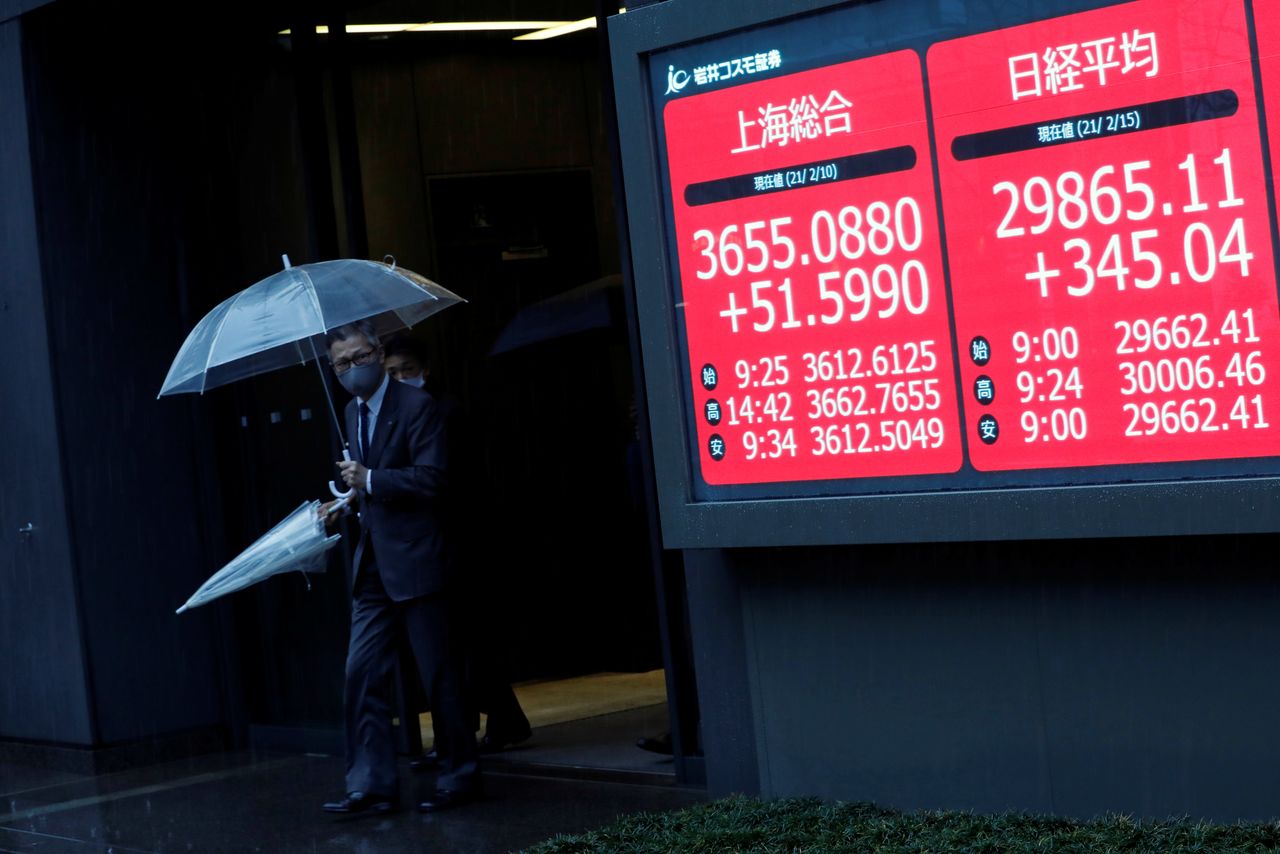 TOKYO (Reuters) - Japanese shares surged on Monday to close at over 30-year high on rising expectations for a rebound in corporate earnings and economic growth.

The Nikkei index ended up 1.91% at 30,084.15, reclaiming the psychologically important 30,000 level for the first time since August 1990. Energy, healthcare, and industrial shares led the gains.

Shares of companies that have reported positive earnings rose, as investors continued to bet on sectors expected to perform well as the global economy recovers from the coronavirus pandemic.

Japan is expected to start coronavirus vaccinations this week, which is also supporting stock prices. However, Japanese stocks have rallied 8% so far this month, and some analysts warn that the market may be overheating.

“Earnings growth has already been priced in for at least a year from now. There is reluctance to chase the upside from here, but stocks won’t fall too much.”

Equities also got a boost after data showed Japan’s gross domestic product grew faster than expected in the fourth quarter.

The stocks that gained the most among the top 30 core Topix names were Daiichi Sankyo Co Ltd up 3.6%, followed by Fanuc Corp, up 3.39%.

The underperformers among the Topix 30 were Hitachi Ltd down 0.94%, followed by Kao Corp that lost 0.48%.

There were 163 advancers on the Nikkei index against 59 decliners.

The volume of shares traded on the Tokyo Stock Exchange’s main board was 1.15 billion, compared to the average of 1.26 billion in the past 30 days.