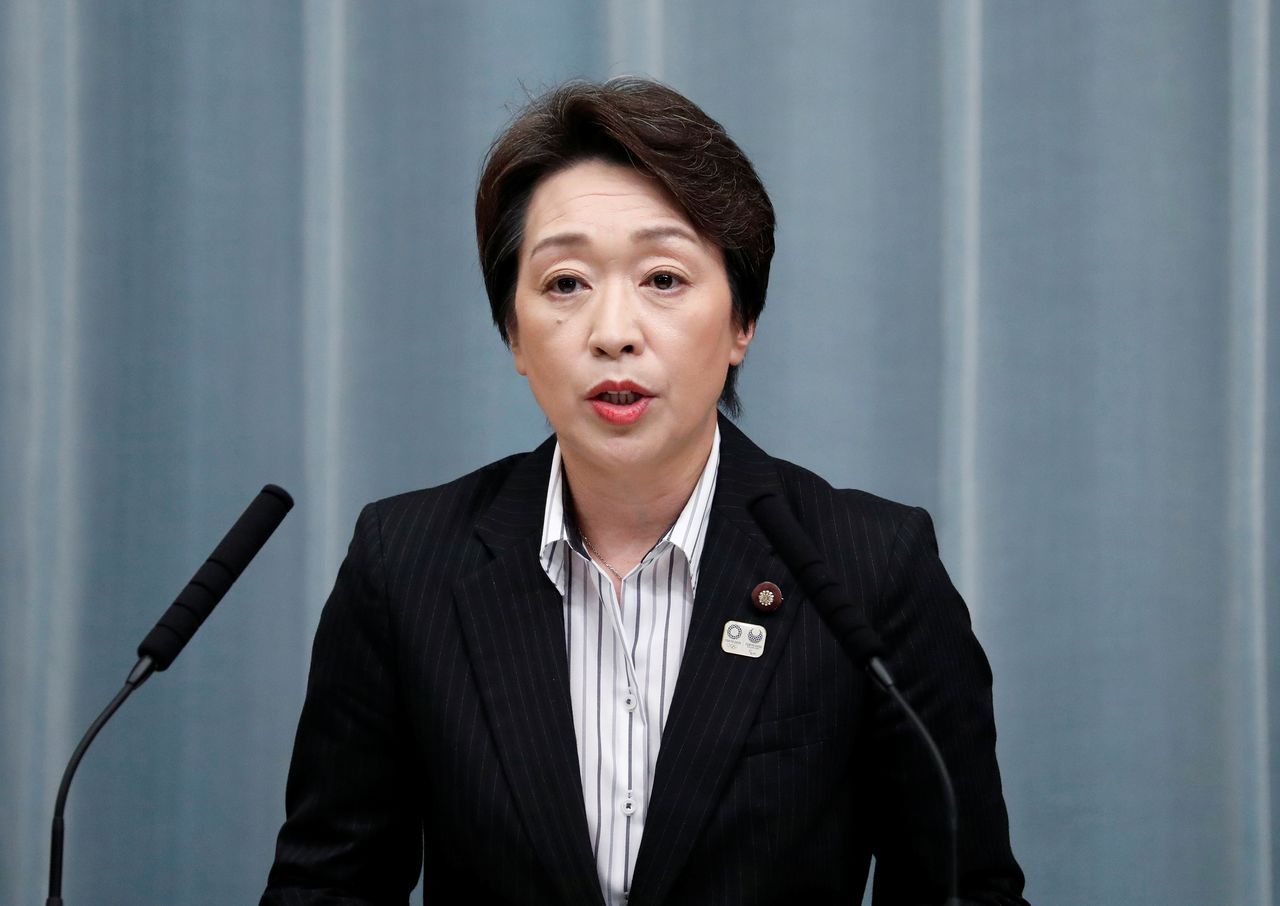 By Ju-min Park and Sakura Murakami

TOKYO (Reuters) - The Tokyo 2020 organising committee will ask Japan’s Olympics Minister Seiko Hashimoto - a woman who competed in seven Games as a skater and a cyclist - to be its new president following the resignation of the former head over sexist comments, public broadcaster NHK said on Wednesday.

Yoshiro Mori quit as committee president last week after saying that women talk too much, dealing another blow to an Olympic Games already marred by a year-long delay and strong public opposition due to the coronavirus pandemic.

The panel will ask Hashimoto if she wants to take the position, NHK said.

“The selection panel is moving towards asking her,” it said.

“The selection committee has been set up and procedures are underway. I have nothing to say beyond that,” she told reporters.

Born days before Japan hosted the 1964 summer Games, Hashimoto is named after the Olympic flame. She took part in four Winter Olympics as a speed skater and three Summer Olympics as a cyclist.

A 56-year-old lawmaker in Japan’s ruling party, she has served as the Olympics minister, doubling as minister for women’s empowerment, since 2019. The Asahi Shimbun said that if she took the post she would have to quit as Olympics minister.

Hidemasa Nakamura, Games Delivery Officer at Tokyo 2020, said he had nothing to say beyond a press release that said the selection committee had discussed specific candidates.

“Members of the Tokyo 2020 organising committee have probably had all sorts of feelings in the past three days,” he said. “But I saw that Tokyo 2020 was more determined than ever to hold the Summer Games, and I found that very encouraging.”

Tokyo 2020 said in a statement that at a first meeting on Tuesday, the committee agreed on five criteria for the new president, and discussed specific candidates on Wednesday. It will meet again on Thursday.

Media reports said the new president could be announced later this week.

The criteria for a new leader include a deep understanding of gender equality and diversity, and the ability to attain those values during the Games, organisers have said.

A former prime minister, Mori, 83, resigned last Friday after causing an ouctry by saying during an Olympic committee meeting that women talk too much. He initially defied calls to step down.

The International Olympic Committee said at the time it was as dedicated as ever to holding the Games and would work hand-in-hand with Mori’s successor.

The Games are set to begin on July 23.

Organisers have said they will go ahead despite the pandemic, while opinion polls have persistently shown most Japanese oppose holding the event this year.

(This story refiles to fix spelling in eight paragraph)