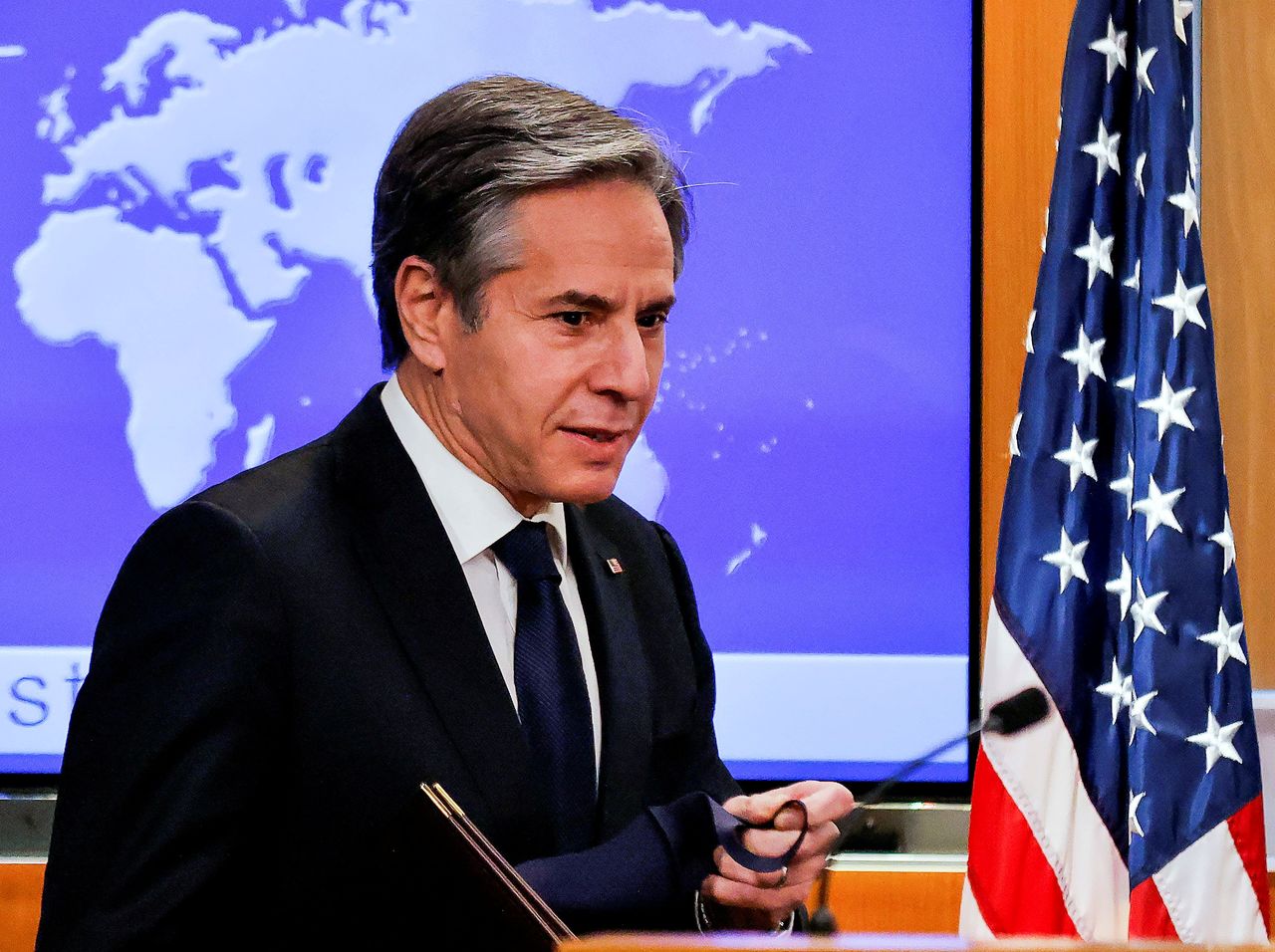 WASHINGTON (Reuters) - U.S. Secretary of State Antony Blinken will meet virtually on Thursday with his counterparts from Japan, Australia and India in the “Quad” framework, a grouping seen as part of efforts to balance China’s growing military and economic power.

The meeting, announced by State Department spokesman Ned Price at a regular briefing on Wednesday, will be the first of the informal group under the Biden administration that took office on Jan. 20, although it has discussed its future role in bilateral calls with members since then.

“This discussion with the Quad foreign ministers is critical to advancing our shared goals in the free and open Indo-Pacific and rising to the defining challenges of our time, including coordinating our efforts and COVID-19 response, as well as climate change,” Price said.

Blinken will also discuss shared global challenges with counterparts from France, Germany and the UK in a separate call on Thursday, Price said.

President Joe Biden has said working closely with allies will be key to his strategy toward China, in which he has said the United States will aim to “out-compete” Beijing.

Japan hosted an in-person meeting of Quad foreign ministers in October and the four countries the following month held their largest joint naval exercises in over a decade.