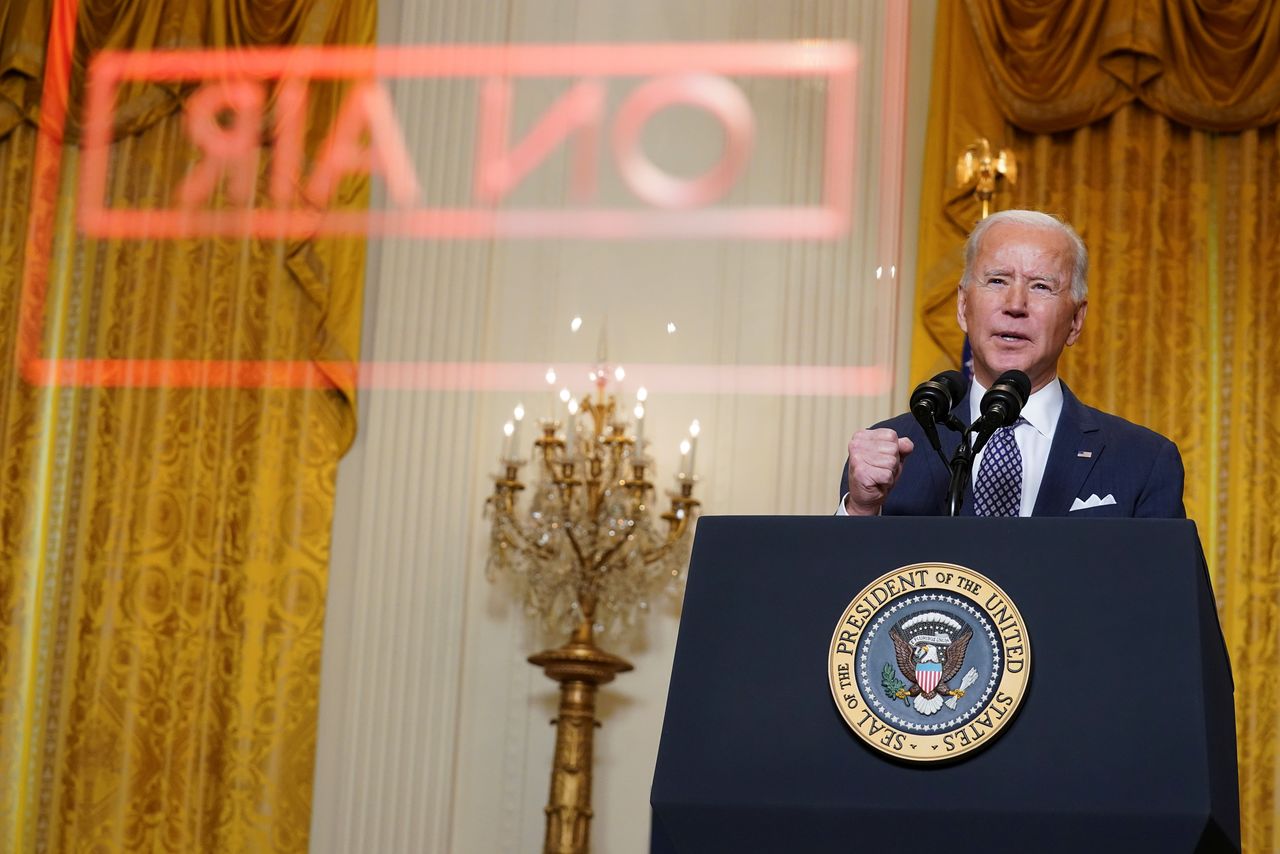 By Andrea Shalal and Steve Holland

WASHINGTON (Reuters) - U.S. President Joe Biden on Friday drew a sharp contrast with the foreign policy of his much-derided predecessor, Donald Trump, and urged democracies to work together to challenge abuses by autocratic states such as China and Russia.

In his first big appearance as president on the global stage, an online “virtual visit” to Europe, Biden sought to re-establish the United States as a multilateral team player after four years of divisive “America First” policies under Trump.

Speaking to the Munich Security Conference, the Democratic president distanced himself from the more transactional foreign policy of Republican Trump, who angered allies by breaking off global accords and threatening to end defense assistance unless they toed his line.

“I know the past few years have strained and tested our transatlantic relationship, but the United States is determined - determined - to re-engage with Europe, to consult with you, to earn back our position of trusted leadership,” he said.

Several years ago as a private citizen at the Munich Security Conference, Biden reassured participants rattled by the Trump presidency, telling them: “We will be back.” On Friday, he told the virtual online audience: “America is back.”

Biden’s focus on collaboration echoed his message during a private videoconference earlier on Friday with the leaders of the Group of Seven advanced economies -- Britain, Canada, France, Germany, Italy and Japan, a senior administration official said.

Biden plans to join G7 members for an in-person summit hosted by Britain in June. His spokeswoman said he would not ask Russia to join the group, as had been proposed by Trump.

U.S. partnerships had survived because they were “rooted in the richness of our shared democratic values,” Biden said. “They’re not transactional. They’re not extractive. They’re built on a vision of the future where every voice matters.”

He said U.S. allies must stand firm against the challenges posed by China, Iran and Russia.

“The Kremlin attacks our democracies and weaponizes corruption to try to undermine our system of governance,” he said. “(Russian President Vladimir) Putin seeks to weaken the European project and our NATO alliance. He wants to undermine our transatlantic unity and our resolve,” Biden said.

The Kremlin has repeatedly denied any such action.

Biden stressed what he called America’s “unshakeable” commitment to the 30-member NATO alliance, another switch from Trump, who called NATO outdated and even suggested at one point that Washington could withdraw from the alliance.

Biden also arrived bearing gifts - a $4 billion pledge of support for global coronavirus vaccination efforts, the re-entry of the United States into the Paris climate accord and the prospect of a nearly $2 trillion spending measure that could bolster both the U.S. and global economies.

“America is unreservedly back as the leader of the free world and that is a fantastic thing,” he told the conference.

CALL FOR COORDINATED APPROACH TO CHINA

Biden said the world was at an inflection point, but he was convinced that democracies, not autocracies, offered the best path forward for the world.

He said major market economies and democracies needed to work together to tackle challenges posed by great-power competitors like Russia and China, and global issues ranging from nuclear proliferation to climate change and cybersecurity.

He took particular aim at China, the world’s second largest economy, and its failure to abide by international standards, arguing that democracies must shape the rules to govern the advance of new technologies such as artificial intelligence.

“We have to push back against the Chinese government’s economic abuses and coercion that undercut the foundations of the international economic system,” he said.

Chinese companies, he said, should be held to the same standards that applied to U.S. and European companies.

“We must stand up for the democratic values that make it possible for us to accomplish any of this, pushing back against those who would monopolize and normalize repression,” he said.

The Biden White House is reviewing China policy across all fronts, including China’s military buildup and trade policies, its actions in Hong Kong, treatment of minority Uighurs in Xinjiang and its handling of the coronavirus outbreak.

On the challenge posed by Iran’s nuclear program, Biden said the United States looked forward to re-engaging in diplomacy amid efforts to revive the Iran nuclear deal that Trump abandoned.

The G7 countries, which control a little under half of the world economy, sought at their meeting to look beyond the COVID-19 pandemic towards rebuilding their economies with free trade and countering China’s “non-market oriented” policies.