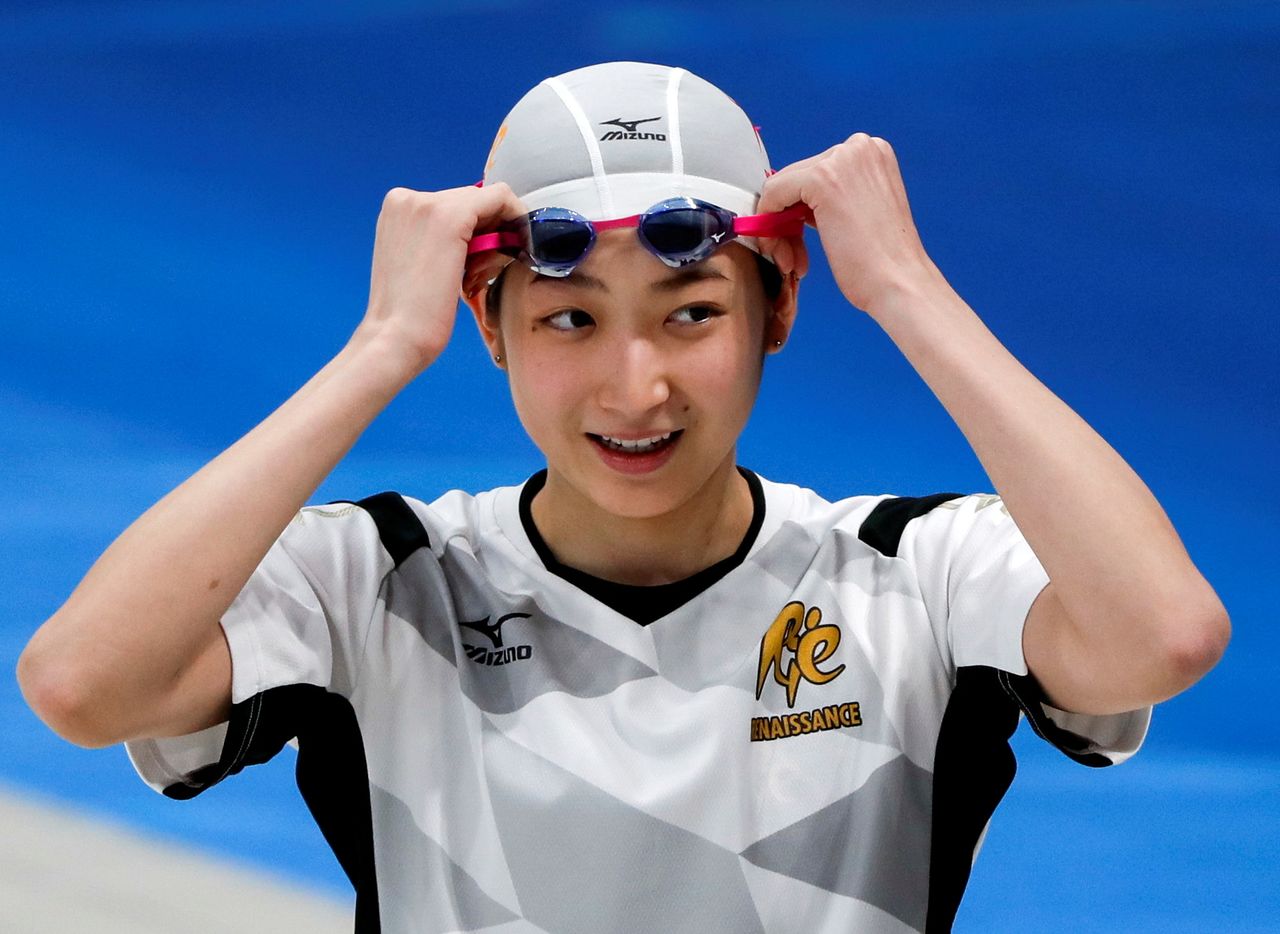 FILE PHOTO: Japanese swimmer Rikako Ikee takes part in the swimming demonstration during the opening ceremony of the Tokyo Aquatics Centre, which will host artistic swimming, diving, and swimming events at the Tokyo Olympic and Paralympic games, as the outbreak of the coronavirus disease (COVID-19) continues, in Tokyo, Japan October 24, 2020. REUTERS/Issei Kato/File Photo

(Reuters) - Japanese swimmer Rikako Ikee will compete in Olympic qualifiers in April after clinching a podium finish in her first 100 metres butterfly event since being treated for leukaemia.

Ikee, who was diagnosed in February 2019 and returned to action in August last year, finished in 59.44 seconds to win bronze at the Tokyo Open on Saturday.

The 20-year-old will now compete at the Japan Swim meet, the country’s only Olympic-qualifying event before the Tokyo Games which were rescheduled to begin on July 23.

“I can’t say that I’m aiming for it now,” Ikee said https://www.olympicchannel.com/en/stories/news/detail/rikako-ikee-books-spot-at-japan-s-olympic-qualifiers-with-first-butterfly-podium when asked about her chances of competing at her home Olympics.

“When we start to get results that are world-class, we will think about it at that time.”

Ikee also won the 50-metres butterfly race, a non-Olympic event, with a time of 25.77 seconds.

(Reporting by Manasi Pathak in Bengaluru; Editing by Andrew Cawthorne)