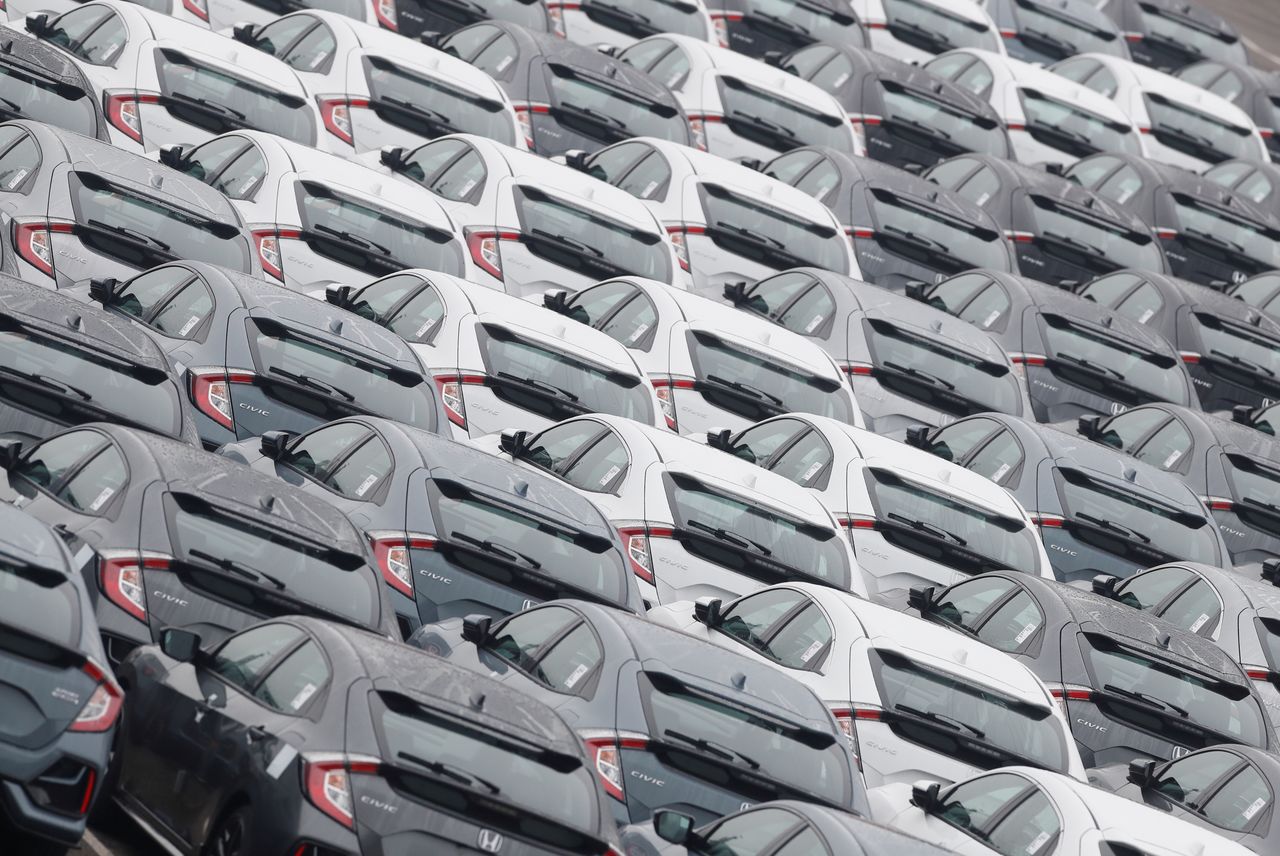 FILE PHOTO: Rows of Honda Civic cars are lined up in the docks following the end of the Brexit transition period in Southampton, Britain, January 1, 2021. REUTERS/Matthew Childs

LONDON (Reuters) - Britain’s trade deal with Japan settled the nerves of a lot of Japanese businesses in the United Kingdom and gives them confidence about their future prospects there, a senior Honda executive said on Tuesday.

Japan, the world’s third-largest economy, has since the 1980s made the United Kingdom its favoured European destination for investment, with the likes of Nissan, Toyota and Honda using the country as a launchpad into Europe.

But Britain’s shock 2016 decision to leave the European Union had prompted Japan to express unusually strong public concerns. Their companies and investors warned that a disorderly exit from the EU would force them to rethink their four-decade bet on Britain.

“We welcome very much the Japanese trade agreement which as a Japanese businesses was very welcomed,” Ian Howells, senior vice president at Honda Motor Europe, told a parliamentary committee.

“On the point around confidence, that certainly amongst my peers in Japanese companies was very much welcomed, and probably settled a lot of nerves in terms of their trading prospects in the UK going forward.”

Britain and Japan formally signed a trade agreement in October, marking Britain’s first big post-Brexit deal on trade. It has also made a formal request to join the Comprehensive and Progressive Agreement for Trans-Pacific Partnership (CPTPP), of which Japan is also a member.