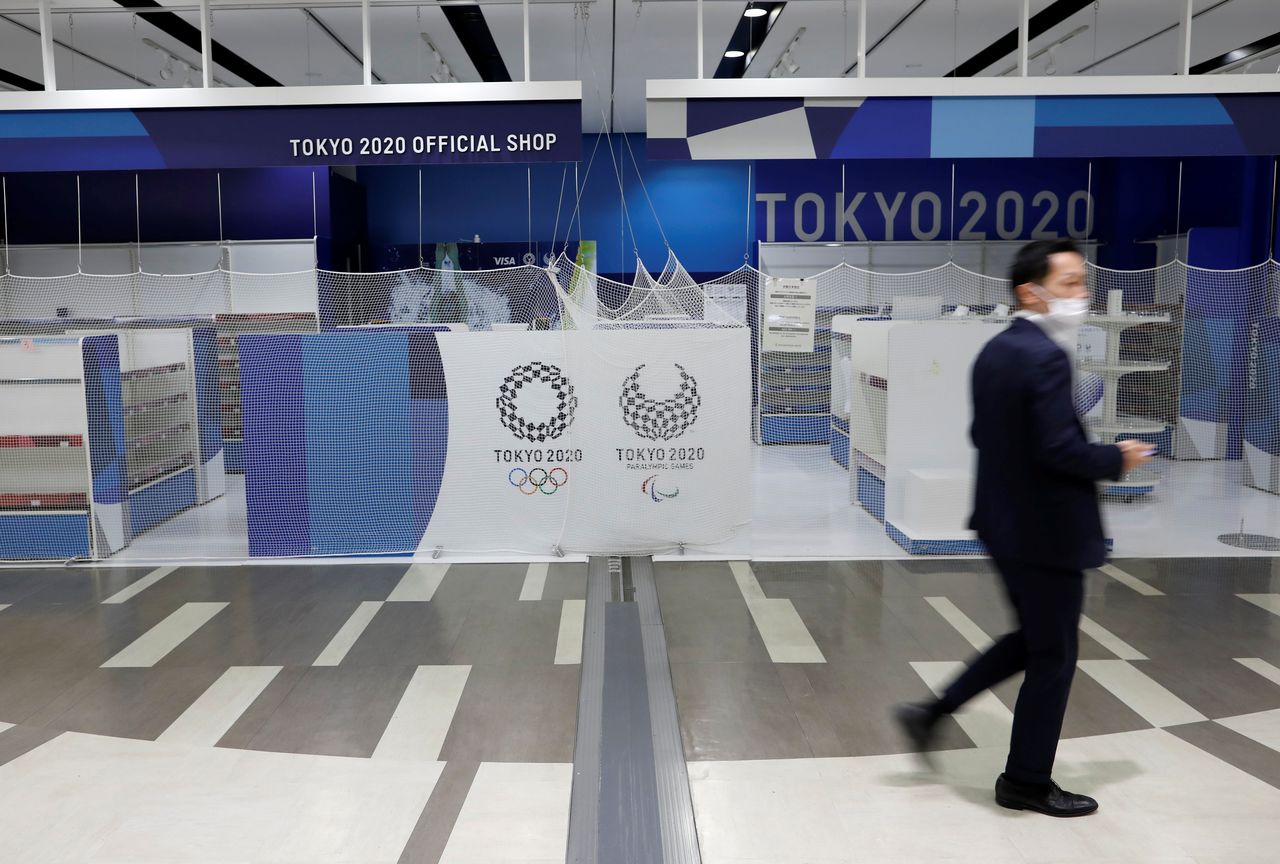 FILE PHOTO: A temporarily closed official goods shop for the Tokyo 2020 Olympic and Paralympic Games is seen at Narita international airport, where there fewer passengers than usual amid the coronavirus disease (COVID-19) outbreak, in Narita, east of Tokyo, Japan November 2, 2020. REUTERS/Issei Kato

TOKYO (Reuters) - A majority of Japanese Paralympic sporting groups are worried about holding the Tokyo Paralympics this summer, mainly due to concerns it might help spread the coronavirus and worries about adequate preventive measures, opinion polls found.

The polls, released six months before the Paralympics are set to open, may further fan worries about the 2020 Games, already marred by a one-year postponement and strong public opposition due to the coronavirus.

Eighty-eight percent of the 26 sporting organizations surveyed by the Yomiuri Shimbun daily said they were “worried” about the Games, mainly about overseas events in the run-up to the Games as well as hosting the actual Games themselves - a rise from 77% in August 2020.

A similar poll by NHK public television found 66% of the groups concerned, with worries that gathering many people together would spread the coronavirus.

“It will also be extremely stressful to hold an event like this while concentrating on preventive measures,” several groups were quoted as saying.

Asked by NHK what was essential for hosting the Games, 80% said a fall in the number of coronavirus patients in Japan, while 76% said preventive measures such as vaccines.

The Tokyo Olympics have faced an unusual number of hurdles, including the resignation of the planning committee president, Yoshiro Mori, this month for making sexist comments.

Japanese athlete-turned-politician Seiko Hashimoto has been named the new head. She has competed in seven Summer and Winter Olympics as a cyclist and a skater.