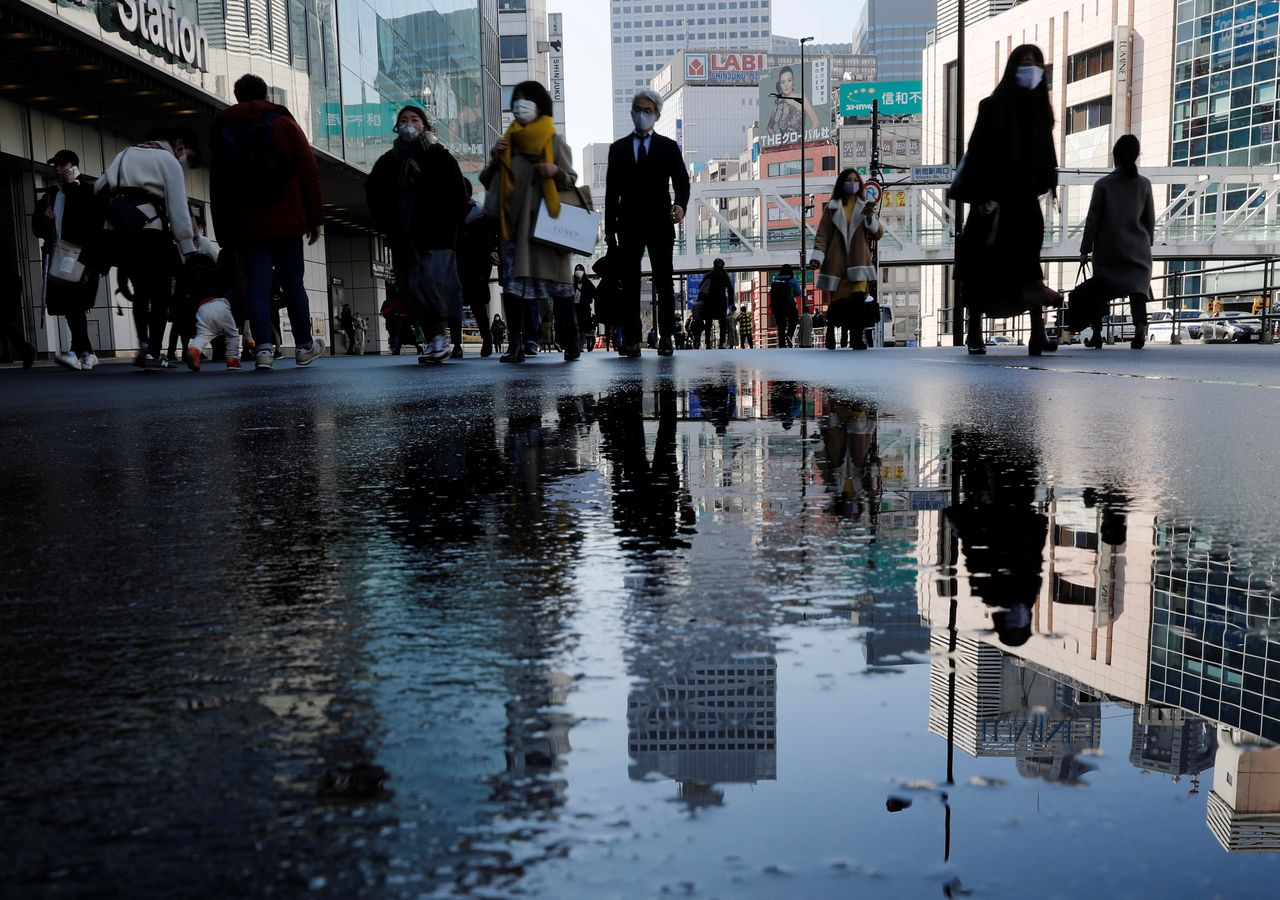 TOKYO (Reuters) - Regional authorities in Japan have urged that emergency pandemic measures be lifted before a scheduled date of March 7, as new COVID-19 cases trend lower, the economy minister said, adding that the government would consult experts before it agreed.

A surge in cases prompted Japan to declare a state of emergency last month for 11 prefectures, requesting residents to curtail activities and businesses to shorten operating hours.

The state of emergency will probably be lifted in stages, though businesses will be asked to continue closing early, Chief Cabinet Secretary Katsunobu Kato said on Wednesday.

Japan recorded 1,083 new COVID-19 cases on Tuesday, national broadcaster NHK said, but that was well off a peak of almost 8,000 on Jan. 8. New infections in the capital, which stood at 213 on Wednesday, have fallen to levels not seen since November.

Three western prefectures and three more in central and southern regions have requested that the state of emergency be lifted as early as this week, Economy Minister Yasutoshi Nishimura said late on Tuesday.

Tokyo and neighbouring prefectures will remain under the state of emergency, Nishimura added.

The rural prefecture of Tochigi, about 100 km (62 miles)north of Tokyo, where emergency was lifted this month, started random checks of about 600 asymptomatic people this week, NHK added.

That may offer a model for the removal of curbs in the 10 still under emergency, a cabinet official told Reuters.

As Japan emerges from its third and most deadly wave of the pandemic, it began vaccinations last week, later than most major economies. It has largely avoided the wide testing elsewhere, but is encouraging random tests by local authorities to head off new clusters.