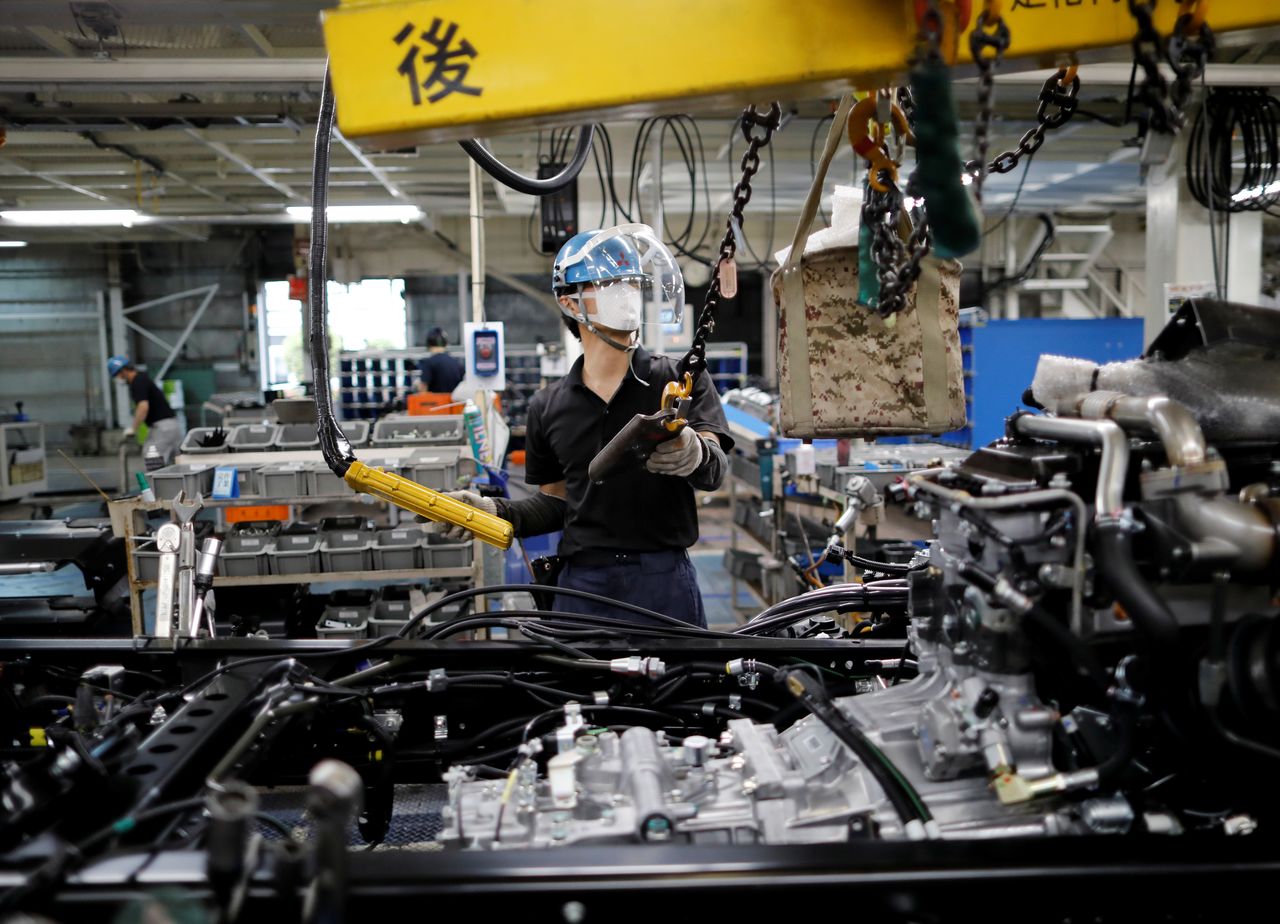 FILE PHOTO: An employee wearing a protective face mask and face guard works on the automobile assembly line as the maker ramps up car production with new security and health measures as a step to resume full operations, during the outbreak of the coronavirus disease (COVID-19), at Kawasaki factory of Mitsubishi Fuso Truck and Bus Corp., owned by Germany-based Daimler AG, in Kawasaki, south of Tokyo, Japan May 18, 2020. REUTERS/Issei Kato

The country’s seven major automakers, including Toyota Motor Corp and Nissan Motor Co’s, produced a combined 2.12 million vehicles last month, according to Reuters calculations based on output data released by the companies on Thursday.

That compared with a 24% production jump in December.

The global automobile industry has been grappling with a chip shortage since the end of last year, with the former U.S. administration’s sanctions on Chinese chip factories adding to the problem.

Last month, global vehicle production at Honda and Subaru fell 8.8% and 29.2%, respectively, mostly due to the semiconductor shortage.

Nissan Motor Co’s global production, on the other hand, rose 2.4% in January from a year before.

Honda and Nissan, Japan’s second- and third-largest automakers, have said this month they will sell a combined 250,000 fewer cars in the current financial year.

Elsewhere, automakers Suzuki Motor Corp, Mazda Motor Corp and Mitsubishi Motors Corp saw their global production drop in January. But the three automakers have said they have seen no impact of the chip shortage on production.

Toyota Motor, which said earlier this month it had up to a four-month chip inventory, notched a 1.9% rise in global output, their fifth five consecutive month of gain.