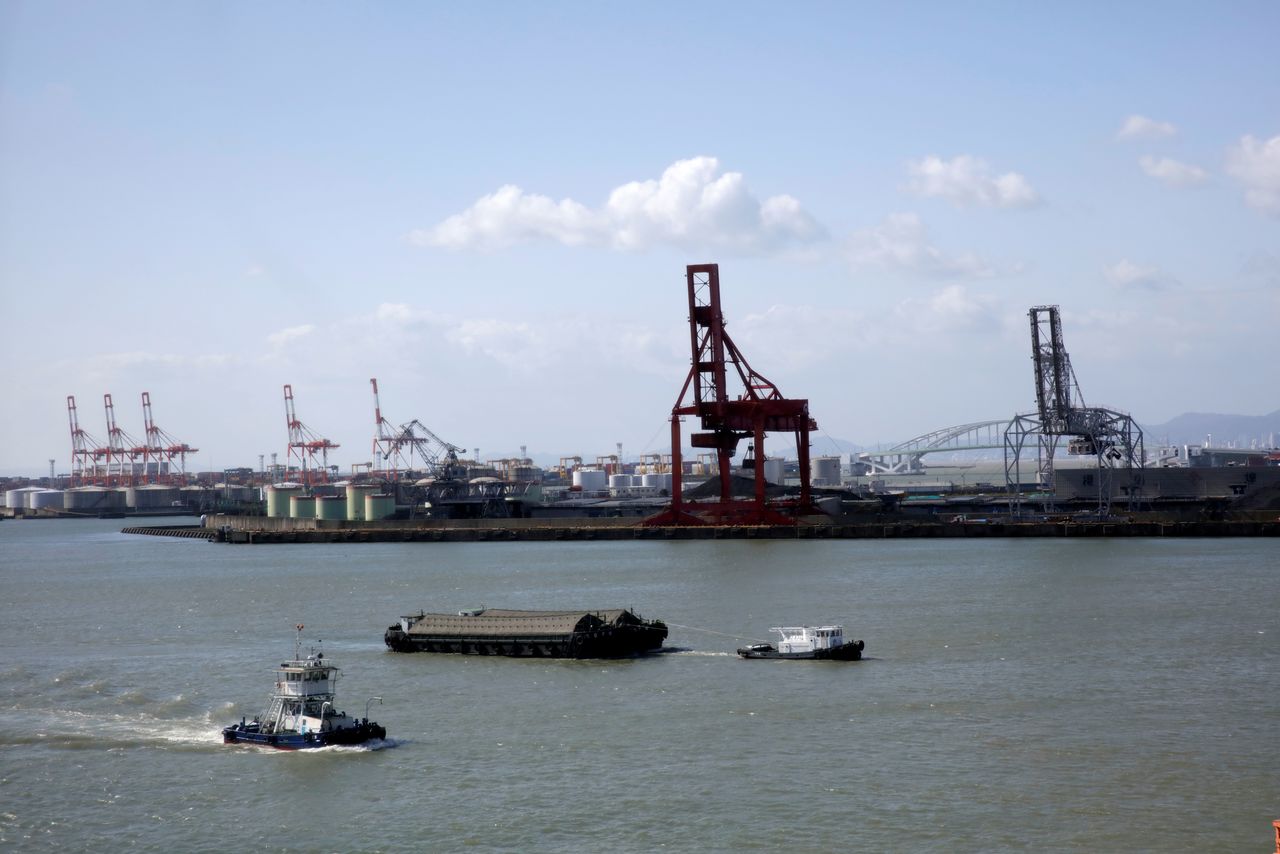 FILE PHOTO: A boat tows a barge of coal across the port of Osaka, western Japan October 23, 2017. REUTERS/Thomas White

TOKYO (Reuters) - Japan’s industrial output rose for the first time in three months in January thanks to a pickup in global demand, in a welcome sign for an economy still looking to shake off the drag of the coronavirus pandemic.

But retail sales, a key gauge of consumer spending, posted their second straight month of declines in January as emergency measures taken in response to the pandemic hit consumption.

Official data released on Friday showed factory output advanced 4.2% in January, boosted by sharp rises in production of electronic parts and general-purpose machinery, as well as a smaller increase in car output.

“Manufacturers will continue to increase output over the near term as long as there won’t be any big shock,” said Taro Saito, executive research fellow at NLI Research Institute.

While economic growth will likely be negative in the first quarter, the strength in manufacturing would offset the negative impact of a state of emergency at home, which is mainly affecting the services sector, he said.

The rise in output, which followed a 1.0% fall the previous month, was largely in line with a 4.0% gain forecast in a Reuters poll of economists. Manufacturers surveyed by the Ministry of Economy, Trade and Industry (METI) expect output to grow 2.1% in February, followed by a 6.1% decline in March.

The government kept its assessment of industrial production unchanged, saying it was picking up.

Factory output fell in November and December as a rebound in car production ended on sagging global demand, but since then strong demand for tech-making equipment and electronic goods has helped turn the tide.

Still, some analysts worry that Japan’s economic recovery will remain hobbled by weaker conditions at home and as lockdown measures taken around the world to contain the COVID-19 crisis, particularly in Europe, weigh.

The government also released data on Friday showing retail sales fell 2.4% in January compared with the same month a year earlier, in a sign households tightened their purse strings as the coronavirus staged a resurgence.

The fall, which was in line with a 2.6% drop seen by economists in a Reuters poll, was largely due to sharp contractions in general merchandise and fabrics apparel spending. It followed a 0.2% fall in December.

Compared to a month earlier, retail sales in January fell 0.5% on a seasonally adjusted basis for the third straight month of declines. But the pace of decline was slower than in the previous two months.

“We think consumer spending will only fall around 1% quarter-on-quarter this quarter,” said Tom Learmouth, Japan economist at Capital Economics.

“We expect it to rise fairly strongly over the coming quarters as the recovery resumes and is soon given a shot in the arm by vaccines,” he added.