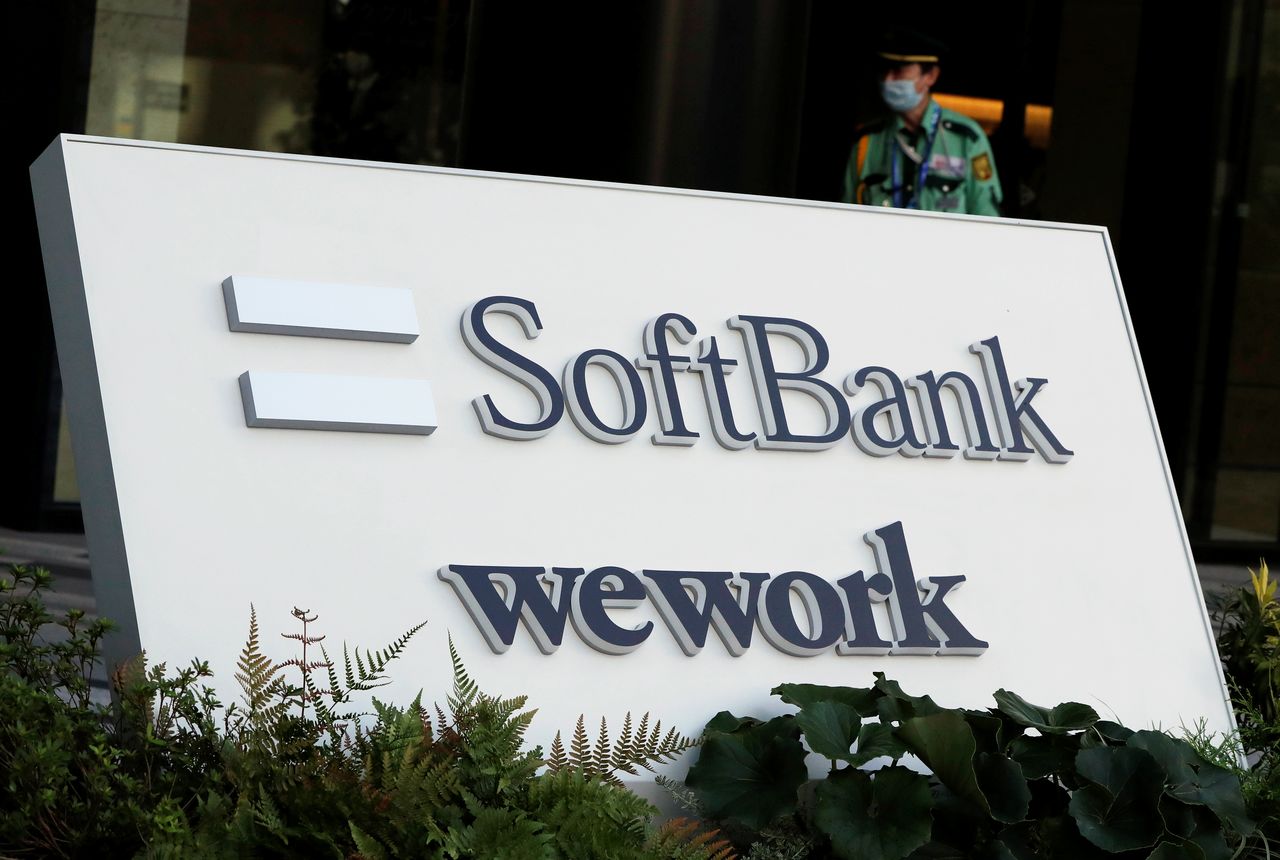 FILE PHOTO: The logos of SoftBank and WeWork are displayed in front of SoftBank’s new headquarters building in Tokyo, Japan September 9, 2020. REUTERS/Issei Kato

(Reuters) - SoftBank Group Corp said on Friday it has reached a settlement with WeWork’s special committee and the company’s co-founder and former chief executive, Adam Neumann, putting to rest a legal battle dating back to 2019.

SoftBank, the new owner of the office-sharing firm, did not disclose terms of the settlement. Media reports earlier this week indicated the deal includes a nearly $500 million cut in Neumann’s payout from SoftBank.

The legal tussle between SoftBank and Neumann started in 2019, when SoftBank agreed to buy around $3 billion in WeWork stock belonging to Neumann as well as current and former WeWork employees. SoftBank later contested its obligation to purchase the shares.

Under the new settlement, SoftBank will purchase around half the shares it had originally agreed to buy, a source familiar with the talks had told Reuters on Monday.

The settlement is also expected to clear the decks for WeWork as it reportedly pursues a public listing by merging with a special purpose acquisition company (SPAC).

“This agreement is the result of all parties coming to the table for the sake of doing what is best for the future of WeWork,” said Marcelo Claure, executive chairman of WeWork and CEO of SoftBank Group International.

SoftBank, which poured more than $13.5 billion into WeWork, was pulled into the legal dispute with directors at WeWork after backing out of the $3 billion tender offer agreed when it bailed out the office-sharing firm following a flopped IPO attempt.

(Reporting by Shariq Khan in Bengaluru; Editing by Richard Pullin)