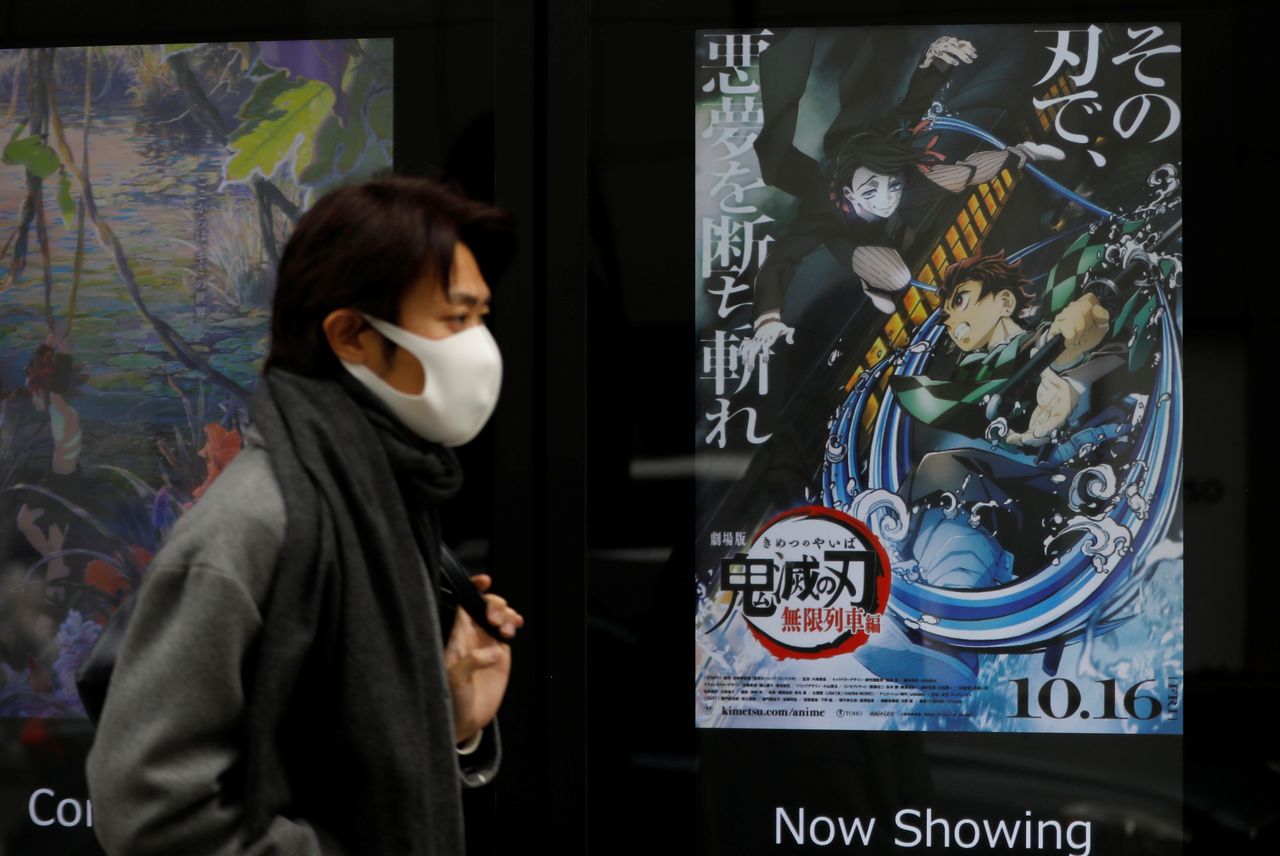 FILE PHOTO: A man wearing a protective mask amid the coronavirus disease (COVID-19) outbreak walks past a poster for an animated movie ”Demon slayer“ in front of a movie theatre in Tokyo, Japan, December 13, 2020. REUTERS/Kim Kyung-Hoon

By Marco Bello and Rollo Ross

The Demon Slayer film, based on a popular manga and TV anime series, has grossed over $350 million at theaters in Japan, despite COVID-19 restrictions, surpassing Hayao Miyazaki’s Oscar-winner “Spirited Away” in just over two months to become the most successful Japanese anime of all time.

“It exceeded my expectations. I cried so much,” said 20-year-old Miami resident Alex Acosta. “The animation was so good. It was a great storyline, for sure. I loved it,” she said.

The film follows Tanjiro Kamado, a boy out to avenge his family after they were murdered by human-eating demons, as he sets off on the Mugen (“Infinity”) Train with his comrades.

Carlos Brenes, 19, another Miami resident who saw the movie at the Landmark Theatres in Coral Gables, was also overwhelmed.

“It’s such a captivating story and everything about it just clicked with me emotionally, and I was super-invested all the way through,” he said.

Brothers Daniel, Javier and Luis Marmolejo thought the film should be up for Best Picture at the upcoming Oscars.

“They should win because the movie is amazing,” Luis said.