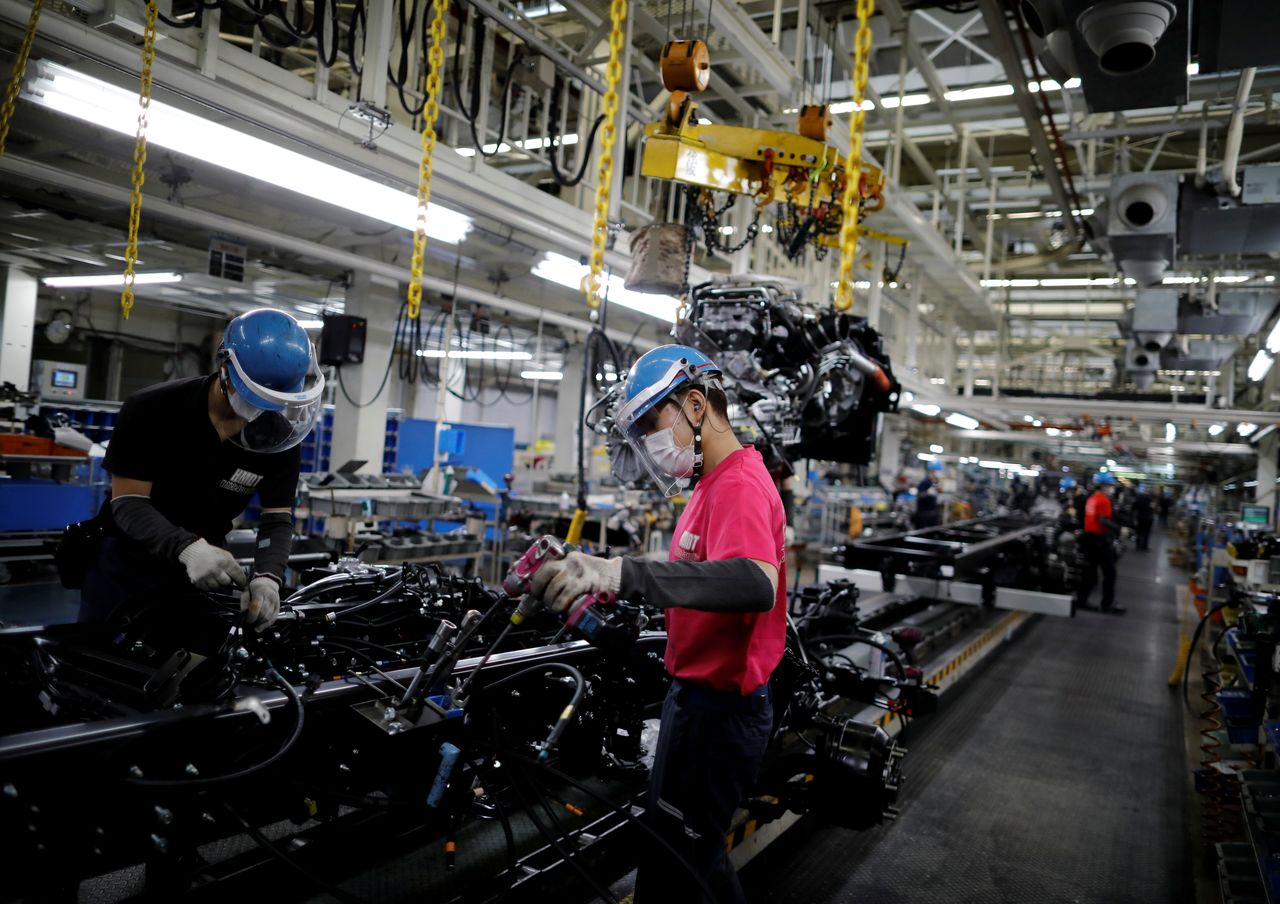 FILE PHOTO: Employees wearing protective face masks and face guards work on the automobile assembly line as the maker ramps up car production with new security and health measures as a step to resume full operations, during the outbreak of the coronavirus disease (COVID-19), at Kawasaki factory of Mitsubishi Fuso Truck and Bus Corp., owned by Germany-based Daimler AG, in Kawasaki, south of Tokyo, Japan May 18, 2020. REUTERS/Issei Kato

TOKYO (Reuters) - Japan’s factory activity expanded at the fastest pace in over two years in February, a private-sector survey showed on Monday, as strong orders led to the first output rise since the start of the coronavirus pandemic.

The final au Jibun Bank Japan Manufacturing Purchasing Managers’ Index (PMI) jumped to a seasonally adjusted 51.4 in February from the prior month’s 49.8 reading.

The rise in the headline figure, which compared to a preliminary 50.6 reading, marked the fastest expansion since December 2018.

That meant manufacturing activity was well above the 50.0 threshold that separates contraction from expansion thanks to strong improvements in output and orders.

Overall, new orders rose at the fastest pace since October 2018, while output grew for the first time since December 2018 after which the economy was hit by the U.S.-China trade war and the COVID-19 crisis.

It also showed, however, that producers are facing a jump in input prices, which rose at their fastest pace since February 2019, pressuring their profit margins.

“Concern has been building throughout the Japanese manufacturing sector regarding ongoing supply chain disruption,” said Usamah Bhatti, economist at IHS Markit, which compiles the survey, adding that it caused raw materials prices to rise.

“Cost burdens faced by firms rose at the sharpest pace in two years, which has partially translated into higher charges for clients to cover margins,” he added.

Future output, which shows firms’ growth expectations for the year ahead, were at its highest since July 2017 as hopes of an end to the pandemic thanks to the rising distribution of vaccines boosted confidence.